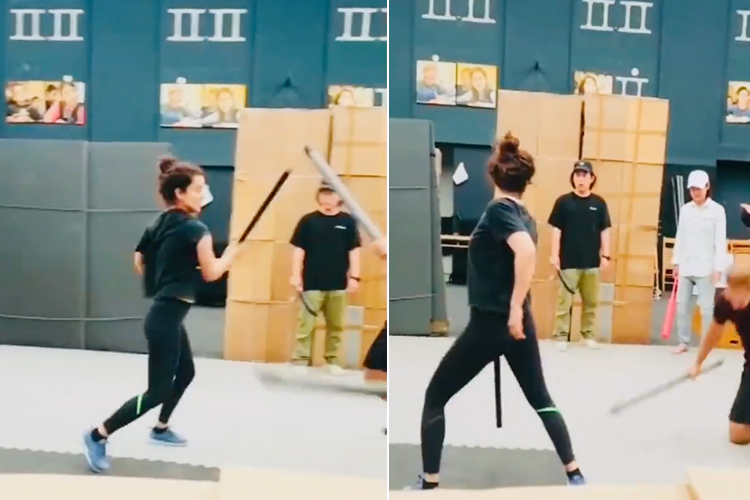 Screenshots of the clip shared by Kangana on her social media page.

She shared a clip of an action sequence on her social media page for her fans and followers to give them a glimpse of what to expect in the upcoming film.

The 34-year-old actress is sure to impress her fans once again with this film. 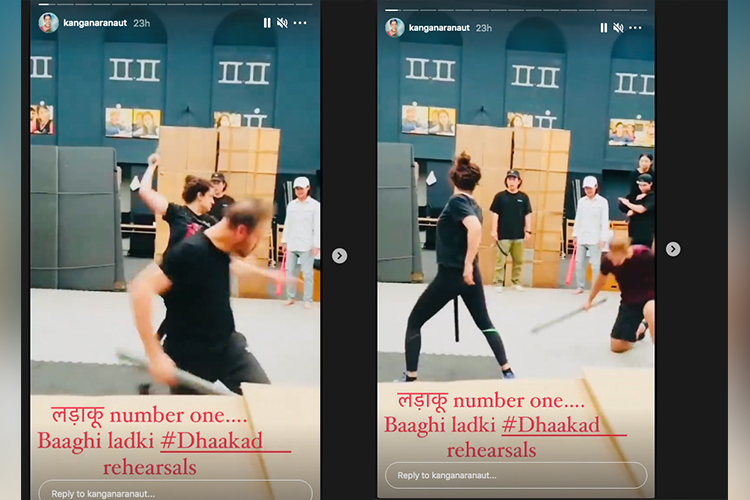 The actress was seen donning black pants and t shirt as she uses a rod to fight off two men trying to approach her.

Actress Kangana Ranaut has thanked Home Minister Amit Shah for providing her with Y-plus category security, following her recent spat with Shiv Sena MP Sanjay Raut who has asked her to stay away from Mumbai.