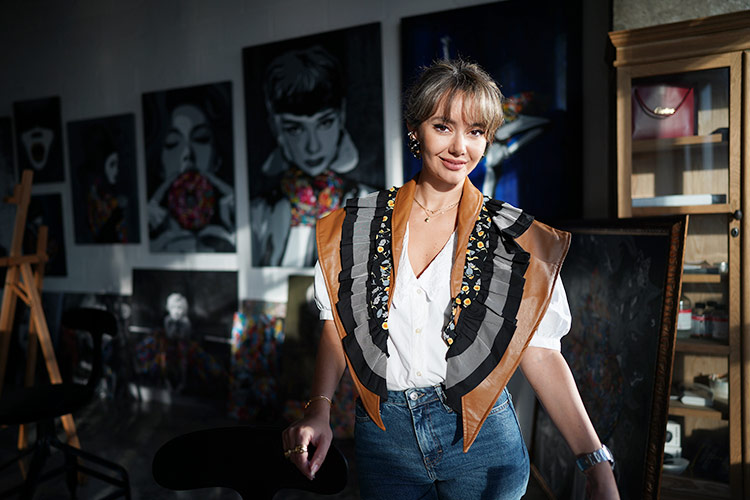 Award-winning artist Kristel Bechara, the first female Arab artist to launch an NFT (Non-Fungible Token) art series from the UAE and the Middle East, is showcasing her latest collection, Psychomachia (closing July-end) in her gallery in Dubai International Financial Centre (DIFC).  Located in DIFC’s Gate Avenue, the Kristel Bechara art gallery currently houses ten of the original acrylic pieces from her new series, while the rest of the collection is displayed at her studio in Onyx Tower, Sheikh Zayed Road.

Psychomachia is a series of paintings named after an epic poem from the 5th century CE by Latin poet, Prudentius. Considered one of the most influential works in medieval allegory, the themes and ideas explored in the poem, Psychomachia, are timeless, with its many verses being of everlasting relevance.

Britney Spears to address court in guardianship battle with father

Inspired by global events in 2020, Bechara’s pieces reflect her interpretation of the different stages of life she experienced throughout the year. She explores the battle between good and evil and also the grey areas in between.

Each painting is a journey of self-introspection and discovery through the artist’s signature style of contrasting and communicative colours. The series reimagines Greek mythology through a contemporary lens, taking viewers on a journey within oneself. The paintings portray mythological figures and fables in a new light, from a perspective that may leave the viewer asking poignant questions about life, love, values and the human condition. 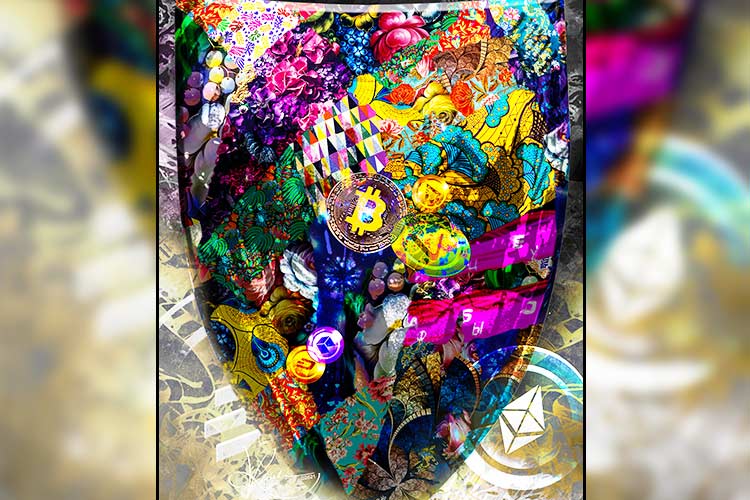 Earlier, Bechara had announced the sale of her first piece, Satoshi Nakamoto, listed in the Beauty in Diversity & DeFi collection, on Foundation.App.  After moving the piece from OpenSea (which was first listed on March 24) to Foundation.

App on March 27, her piece started receiving bids the following day. The artwork sold in less than 24 hours to a renowned NFT collector, outbidding other participants for $1,950. Her second piece, Byzantine General’s Shield, went on auction on Foundation.App on March 25. The first bid came through within a few hours, which prompted its transfer into a tab for live auctions for a 24-hour period. After the bidding started, it was sold for $5,324 to a prominent NFT collector, who had made history by adding to his collection Kevin Roose’s New York Times NFT article for $600,000. The artwork depicting Nakamoto is a homage to the presumed pseudonymous personality who developed Bitcoin.

Bechara is the first female artist from the UAE and Middle East to launch a painting, which will only be available as an NFT. The artist also released a series of limited-edition paintings (25 limited editions) which could be bought with a redeemable NFT on OpenSea, the world’s largest digital marketplace for crypto collectibles and NFTs.

The digital art from the collection will also be redeemable for a physical representation mailed directly to the collector. She has offered an NFT for each commission or original paintings going forward, which collectors can use as proof of ownership and certification of authenticity.

“As someone who has been creating digital art for a number of years, I wanted to participate in this movement as soon as I learned about it,” says Bechara.

“I am delighted to see the recognition that digital art is finally receiving. For years, I have had to explain to people that art produced digitally is not any way inferior to artisanal traditional art and both should be appreciated in their own way.

“As an artist who created both traditional and digital art, I can attest that the authority and creative process to create each piece is the same; yet one is developed and exhibited using modern tools.”

According to her, NFTs are going to impact the art world the following ways: It is a very powerful technology and needs to be watched closely — early adopters will reap the benefits; it will educate more people about cryptocurrencies, blockchain and smart contracts, which can have an impact on their future financial decisions; it will elevate the status of digitally produced art; NFTs will impact the art world at large and will be the gold standard for verification of authenticity and establishment of provenance, not only for digital artwork, but also for the radially produced pieces; digital artwork created from 2021 onwards will most likely have an NFT, creating a more transparent history linked to the piece; it will offer artists accessibility to new markets and mediums to express artistic ideas and the fact that artists will finally receive royalties every time their artwork changes hands, will have a huge impact on the industry.

Just as musicians and singers are able to perpetually earn revenue from their productions, artists too can benefit for a longer period. This will support more artists in the future and create a clearer platform for success.

Born in Lebanon and based in Dubai, Bechara is an award-winning contemporary artist who has established herself as a rising star in the Middle East art world. Featuring dynamic patterns and expressive colours, her artwork consists of the revolutionary creation of photographic imagery using oil, acrylic and giclée printmaking mediums, depicting complex emotions portraying the human condition.

Her artistic process involves creating stencil-like drawings that are combined with modern mixed media lines to form multi-layered fantasy paintings. Her work has been displayed around the world, in galleries in Tokyo, Milan, Brussels and France. She has won the UAE Resident Artist Award at World Art Dubai 2018 for her collection, Beauty in Diversity.