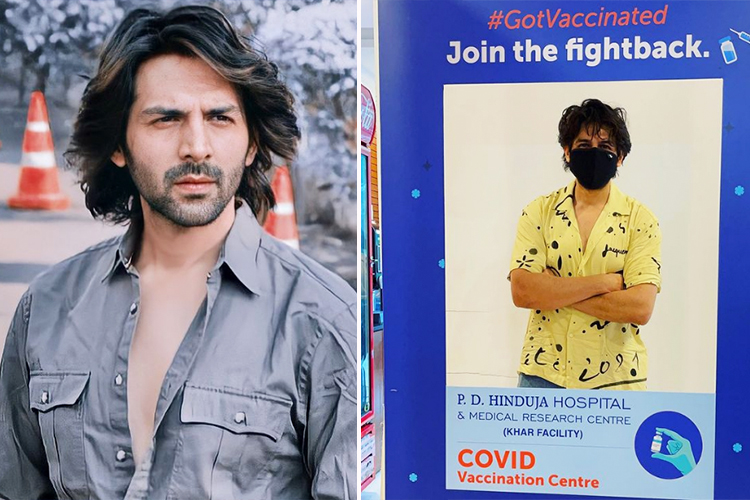 Actor Kartik Aaryan took the Covid vaccine on Tuesday at Hinduja Hospital, Khar, and shared the health update on Tuesday evening with fans.

The actor posted a photo of himself with a frame that says: "#gotvaccinated. Join the fight back."

Kartik, who recently made headlines with his controversial exit from the Karan Johar-produced "Dostana 2", had tested Covid-19 positive around the third week of March this year. 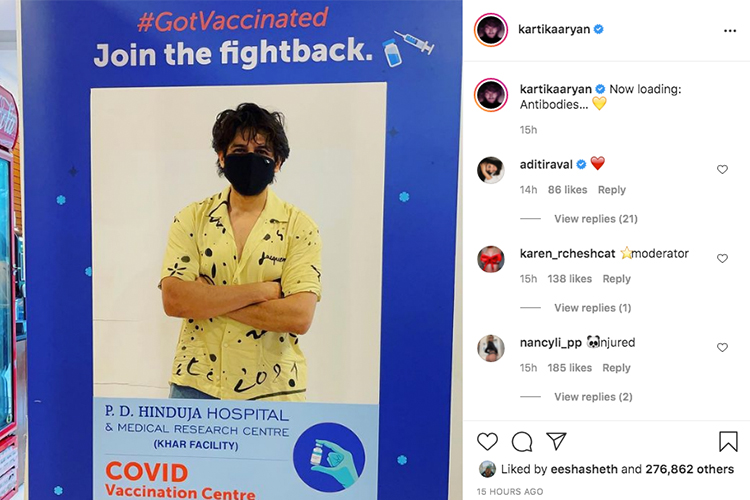 The actor shared his health update with a social media post, asking fans to pray for his recovery.

He posted the news of his recovery on social media in the first week of April saying he was done with his isolation of 14 days and would now resume work.

Kartik will soon be seen in the upcoming horror-comedy film "Bhool Bhulaiyaa 2", and the digital film titled "Dhamaka".