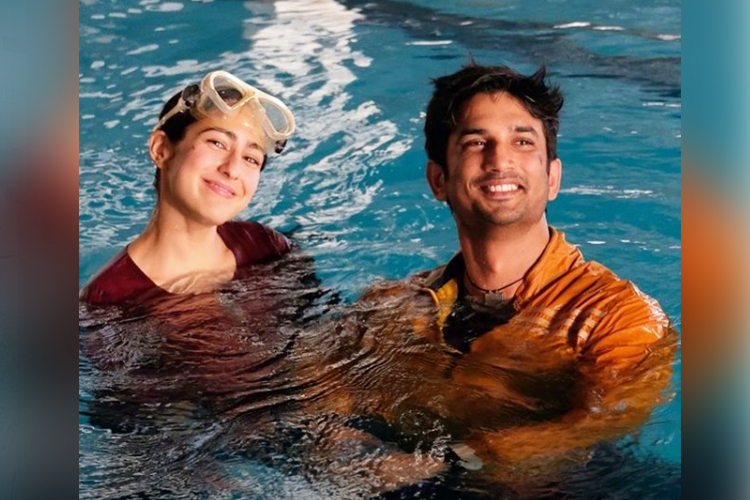 Sara made her Bollywood debut with the 2018 film "Kedarnath" where she featured alongside Sushant Singh Rajput. The two stars were rumoured to have dated for a while around the time.

On Monday, Sara shared a throwback photograph on Instagram where poses with Sushant in a swimming pool. 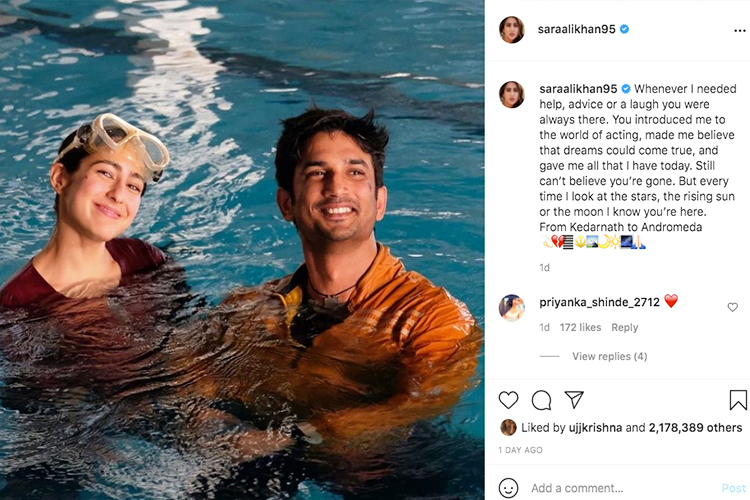 "Whenever I needed help, advice or a laugh you were always there. You introduced me to the world of acting, made me believe that dreams could come true, and gave me all that I have today. Still can't believe you're gone. But every time I look at the stars, the rising sun or the moon I know you're here. From Kedarnath to Andromeda," the actress wrote.

The film's director Abhishek Kapoor took to social media earlier in the day to remember the late actor.

Sharing a close-up of Sushant on the set of the film, the director wrote: "1yr today.. still numb #omnamahshivaya #sushantsinghrajput #superstar forever."

Sushant was found dead in his Mumbai apartment on June 14 last year.