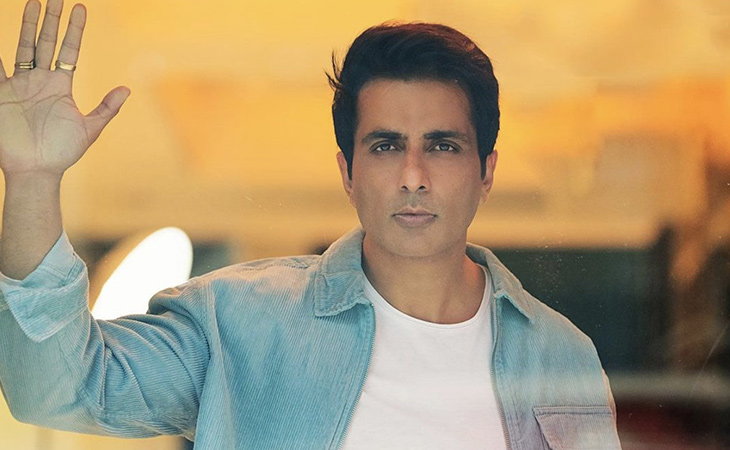 Sonu Sood poses for a photograph.

The official Twitter account of the Collector and District Magistrate of Ganjam, Odisha, on Monday responded to a tweet by actor Sonu Sood where he claims he has arranged for a bed at Ganjam City Hospital in Brahmapur for a patient.

"We don't received any communication from @SoodFoundation or @SonuSood. Requested patient is in Home isolation and stable. No bed issues @BrahmapurCorp is monitoring it. @CMO_Odisha," the official Twitter account of the Collector and District Magistrate of Ganjam, tweeted on Monday tagging the Twitter handle of the Office of the Chief Minister of Odisha.

The tweet comes in response to Sonu Sood's tweet posted on May 15, which reads: "Not to worry. Bed has been arranged at GanjamCity Hospital, Berhampur (DCHC) @SoodFoundation." 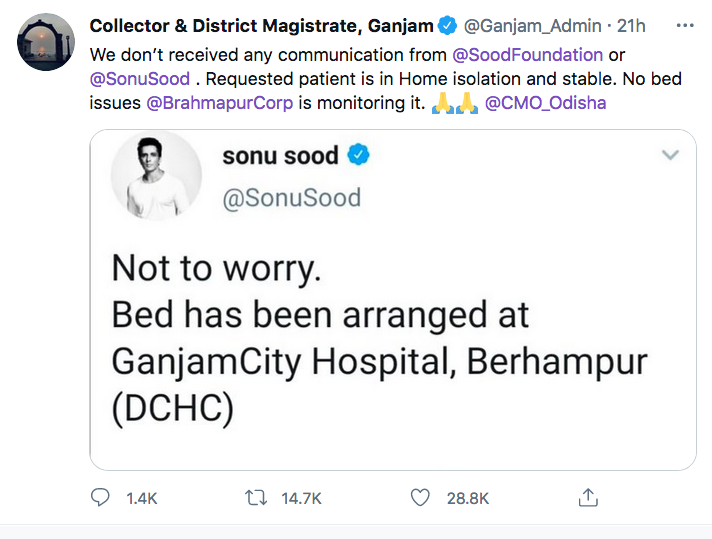 The tweet in response to which Sonu wrote this, has been deleted.

However, reacting to the District Magistrate's tweet on Monday, Sonu shared screenshots of a WhatsApp conversation saying he has arranged for the bed because the patient's family approached him for help.

Sonu tweeted on Monday: "Sir, We never claimed that we approached you, it's the needy who approached us and we arranged the bed for him, attached are the chats for your reference. Ur office is doing a great job & u can double check that we had helped him too. Have DM you his contact details. Jai hind."