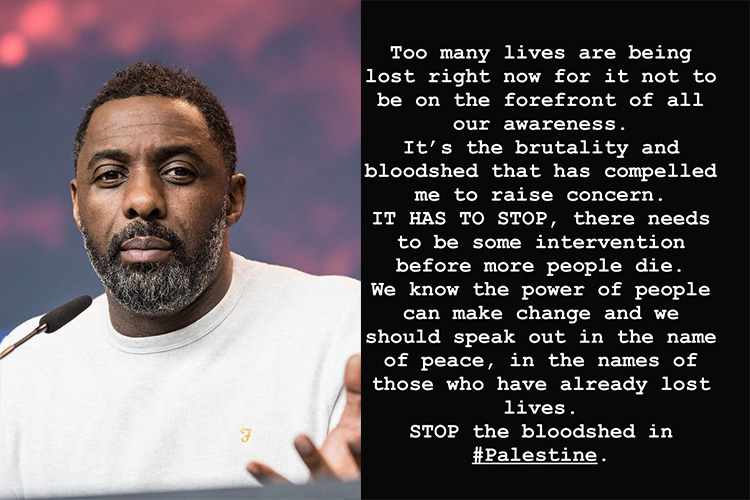 Renowned English actor Idris Elba has called for the “bloodshed” to stop, as the Israel-Palestine conflict continues to escalate.

“Too many lives are being lost right now for it not to be on the forefront of all our awareness,” the Luther star wrote on Instagram.

“It’s the brutality and bloodshed that has compelled me to raise concern. IT HAS TO STOP, there needs to be more intervention before more people die.”

He added: “We know the power of people can make change and we should speak out in the name of peace, in the names of those who have already lost lives. STOP the bloodshed in #Palestine.”

The violence has left 181 in Gaza dead, including 52 children. In Israel, 10 people including two children have been killed. 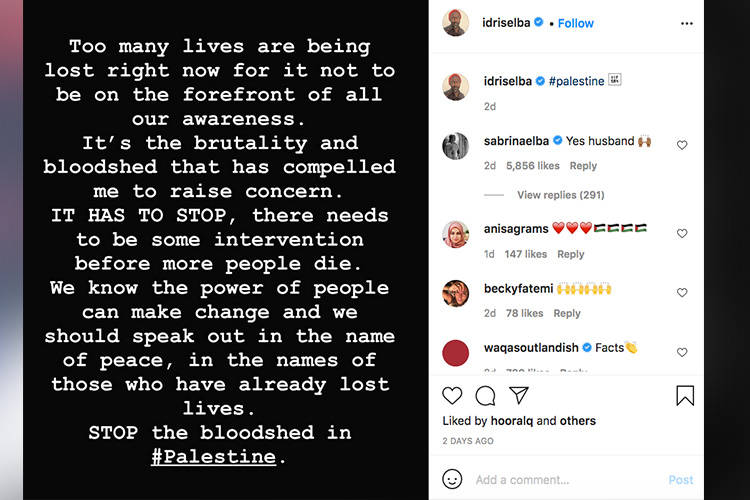 The cross- border fighting is the crescendo to weeks of tensions that have simmered chiefly in the contested city of Jerusalem, that was captured by Israel in the 1967 Middle East war and effectively annexed later.

Violence between Palestinian protesters and Israeli security forces have centred around the Old City home to Temple Mount or Haram Ash-Sharif, the heart of the decades’ long conflict.

It reached breaking point after a controversial decision by Israel to plunder four Palestinian families from the Sheikh Jarrah neighbourhood in occupied East Jerusalem in place of Israeli settlers.

The UN has said this order may amount to war crimes, and protests by Palestinians and Arab citizens of Israel rolled out across the country, East Jerusalem and the occupied West Bank.