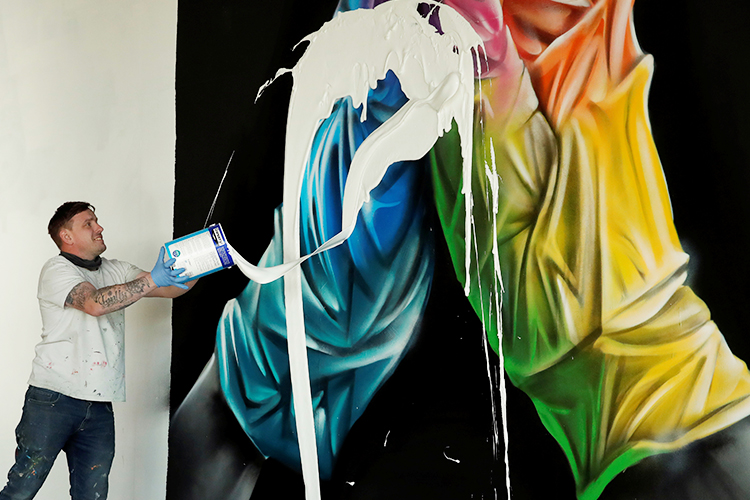 Street artist Nathan Murdoch creates a piece of crypto art to be auctioned.

British street artist Nathan Murdoch contemplates the mural he has just spray-painted, a giant image of two hands wearing rainbow-coloured gloves and joined in prayer, then hurls a large dollop of white paint straight at it from an open tin.

The destruction of the freshly created mural is part of an artistic project straddling the physical and virtual worlds.

The original image will not survive, but two versions will, one a print and the other a digital file called an NFT. 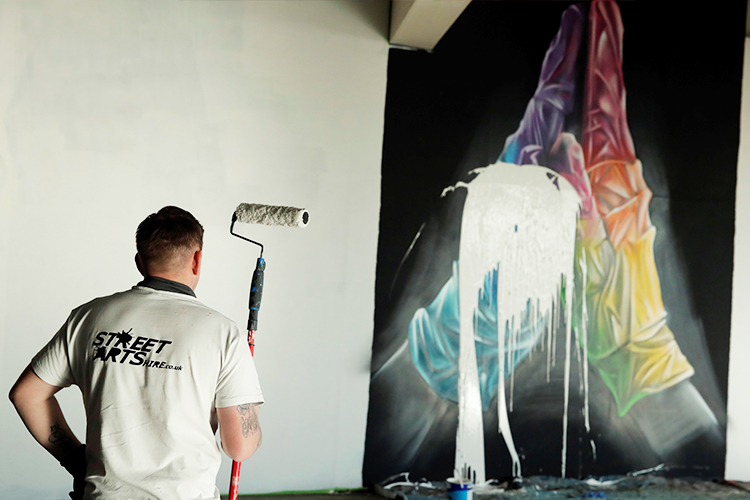 The original image will not survive, but two versions will, one a print and the other a digital file called an NFT.

NFT stands for non-fungible token, a type of digital asset verified using blockchain technology. NFTs are increasingly popular in the art world because they make a file unique by allowing it to be permanently authenticated, regardless of copies.

In a record-breaking auction at Christie's, an NFT by U.S. artist Mike Winkelmann, known as Beeple, sold for nearly $70 million in March, raising the profile of NFTs which some artists and collectors see as key to the future of the art market.

"Anybody can take photos of pieces of art, but they don't own it," said Murdoch. "This will be, you're buying the ownership to the file."

For Murdoch, who is based in the central English city of Peterborough, the decision to immediately destroy his mural is a new departure from his previous projects. It allows him to transfer the status of original work to the print and the NFT. 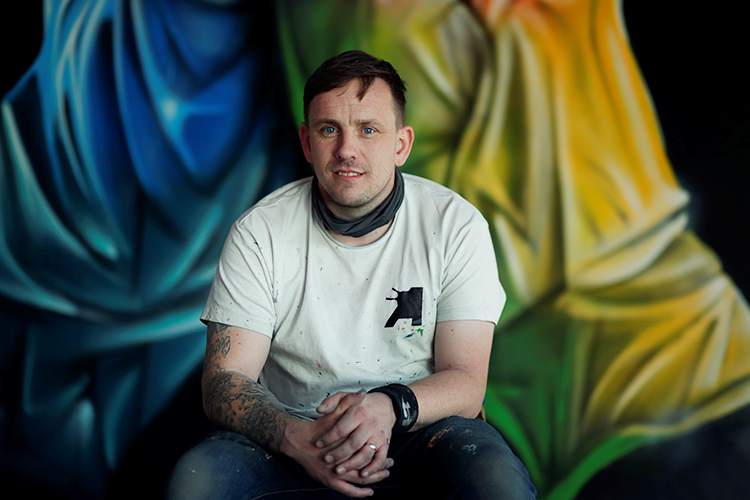 Street artist Nathan Murdoch poses for a picture in front of his artwork.

"All other evidence of it will be destroyed," he said.

"I essentially create art in the real world, but then I'm going to convert this to be used in the digital space... opening to a much larger and worldwide possible audience."

The image represents a praying doctor or nurse, and the coloured gloves are a reference to pictures of rainbows that many British people displayed in their windows during the first COVID-19 lockdown as a sign of solidarity with hospital staff.

Murdoch plans to donate the proceeds of the sales of the print and NFT to Britain's National Health Service. 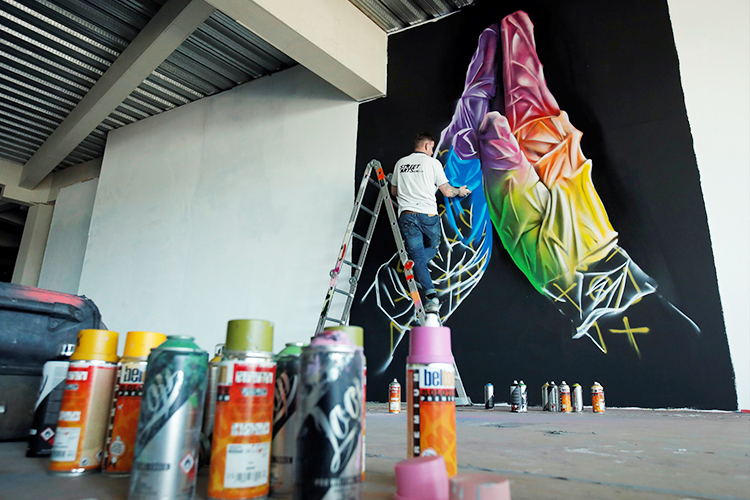 The artist drew international attention after a mural promoting racial harmony that he painted in a Peterborough underpass in 2019 was widely shared on social media, including by the U.S. rapper Ice T, during the 2020 Black Lives Matter protest movement.