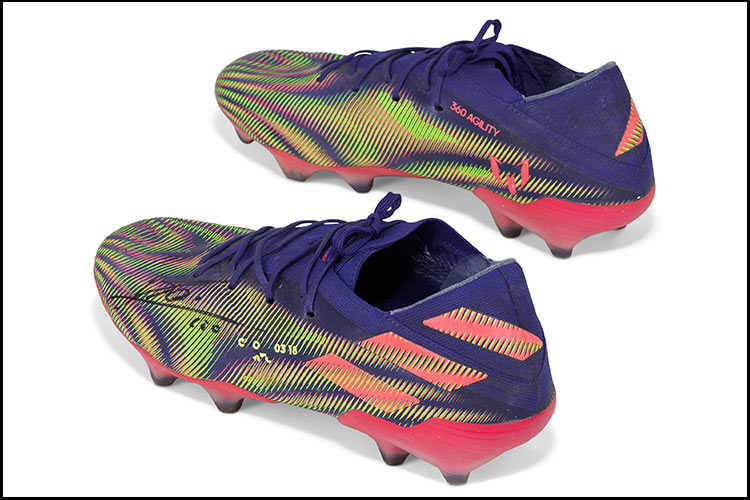 Ace footballer Lionel Messi has donated his adidas record goal scoring boots to the Museu Nacional d'Art de Catalunya. This historic item of sporting memorabilia will now be auctioned in a charity sale to support the Arts and Health Project of the Vall Hebron University Hospital in Barcelona, auction house Christie's has said in a statement.

The online auction will take place on christies.com between April 19-30.

Messi commented on the charity sale in a statement issued by the auction house: "Achieving the record of 644 goals for the same club made me very happy, but the most important thing is being able to give something back to all the kids fighting for their health. We hope this auction serves to really raise awareness about this great initiative and I would like to thank all for supporting a cause so important to me."

The Argentinean joined FC Barcelona as a 13-year-old before making his first professional appearance for the senior side in 2004, aged 17. Messi has won a remarkable 10 La Liga titles with the Catalan side as well as six Copa Del Rey trophies and four Champions Leagues. On an individual level, Messi has won the famous Ballon d'Or on six occasions, a record in its own right for a single player, says Christie's. 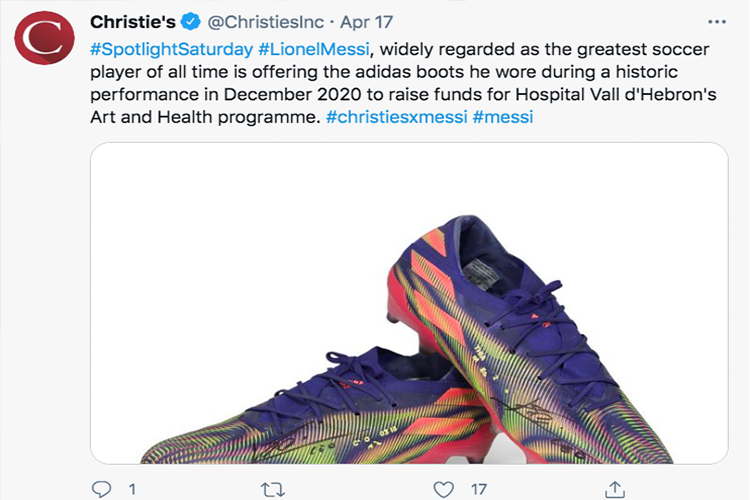 The game-worn boots, used to score the record-breaking goal against Real Valladolid, have been

Signed by Lionel Messi. After initially being displayed at the Museu Nacional d'Art de Catalunya, the boots are being now offered for auction.

The boots are accompanied by a Certificate of Authenticity, and are estimated between £50,000 and £70,000.

Albert Salazar, Managing Director, Hospital Universitario Vall d'Hebron added: "For the Vall d'Hebron University Hospital, the funds raised through this auction will help us to continue to improve the health of many children and their families through the arts. I am sure that the generosity of Lionel Messi and Adidas will allow us to initiate further projects related to Arts and Health which are proven to have such a meaningful impact."