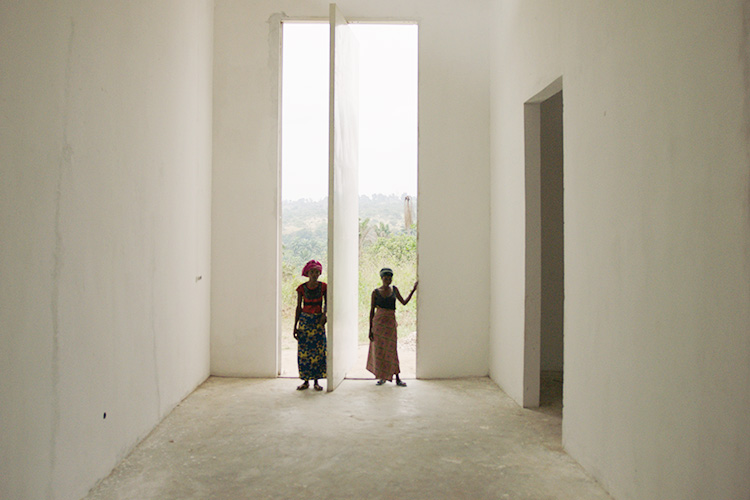 Inside the White Cube.

Sharjah Art Foundation and The Africa Institute will co-host the Middle East premiere of White Cube (2020), a feature-length film that documents the successful attempt by Congolese workers on a former Unilever palm oil plantation to co-opt the ‘white cube’ as a way to buy back their land from international corporations and secure it for future generations. Taking place April 17, the event includes the online film screening, followed by discussions with the director and scholars about the implications of the project.

The two institutions will be joining the Global Museum Launch event, (Mar. 24 – Apr. 24), which includes more than fifteen participating organisations, during which the film will be projected daily onto the walls of the White Cube, an art museum designed by OMA/David Gianotten and built by the workers on their land in Lusanga (formerly known as Leverville), Democratic Republic of the Congo (DRC).

Chihuahua sings along to Gnarls Barkley Crazy in hilarious video

The film premiered in Lusanga and in the international feature film competition at the IDFA film festival in Amsterdam, The Netherlands, before touring globally.

In a time in which the debt held by Western museums whom have been financed by forced labour on confiscated land – the plantation – becomes ever more apparent, the documentary film testifies to an unlikely, new beginning. 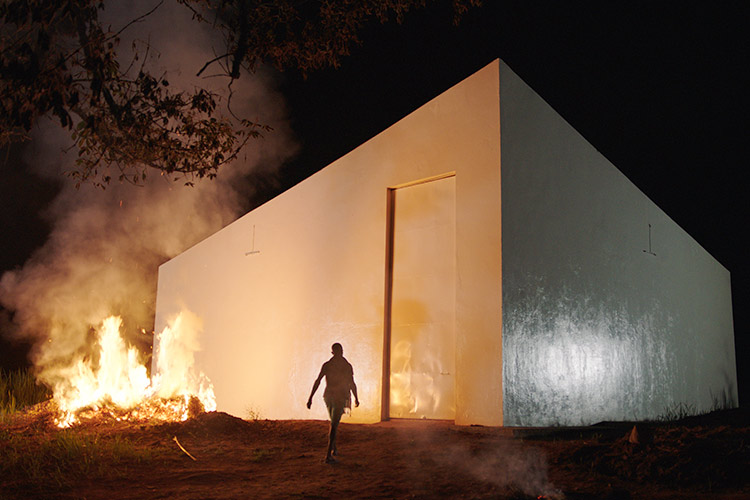 The White Cube at night.

White Cube follows the Cercle d’Art des Travailleurs de Plantation Congolaise (CATPC), a plantation workers’ cooperative based on a former Unilever plantation in Lusanga. The film documents their success in ending the destructive system of monoculture on their lands.

CATPC was formed in 2014 together with renowned environmental activist René Ngongo, founder of Greenpeace Congo. CATPC members make sculptures from river mud; the sculptures are 3D scanned and then reproduced in cocoa and palm oil in Amsterdam (the world’s largest cocoa port) before being exhibited at top galleries and museums worldwide. With the income generated from the sales of their art, the workers are able to buy back the land that had been confiscated and taken from them by Unilever. Thus far, they have bought nearly a hundred hectares of land, which they are transforming back into rich and diverse, ecological and egalitarian gardens: the post-plantation.

Early triumph came in 2017 with their first solo exhibition in New York’s SculptureCenter, an exhibition that was hailed by the New York Times as the ‘best art of the year’.

The same year, CATPC inaugurated their own white cube: the OMA/ David Gianotten designed museum built on their newly purchased land, which functions to bring capital, visibility and legitimacy to Lusanga.

Soon after the premiere of the White Cube film, Lusanga’s White Cube museum began its exhibition programme with a solo exhibition by Ghanian artist, Ibrahim Mahama.

From the board-rooms of Unilever to the exhausted plantations in Congo; from a failed solo attempt by Dutch artist and filmmaker Renzo Martens to CATPC making the front pages of The New York Times - the film tells an unlikely story.

From the profits extracted from plantations to funded museums such as Tate Modern, the Van Abbemuseum or the Ludwig Museum; from the violence of the plantation system to the aesthetics and the civility of the white cube, the movie highlights a fundamental question: can museums ever hope to be inclusive when no reparations have yet been paid to the plantation workers who financed – and in some cases continue to finance – the very foundations of these institutions?

White Cube describes how the concept of the white cube – with all the privileges it stands for — can be repurposed by plantation workers as a vehicle to buy back their land and begin a new inclusive and egalitarian world.

As CATPC member Mathieu Kasiama said: “We must not stay in one place. We must spread out. We must take back all four corners of The Congo.” A selection of self-portraits of members of CATPC are also available as small chocolates. Sales of the miniature sculptures are used in buying back the land. As the CATPC members tend to say: “Buy our self-portraits. It’s the best chocolate you’ve ever had.” The film is directed by Martens in collaboration with CATPC and is a powerful and provocative dissection of art, class and decolonisation. Following the free screening, there will be a discussion that addresses some of the key issues and implications of the project and film. The speakers include Martens, who is also Artistic Director of the Institute for Human Activities; Ced’art Tamasala, artist and CATPC member and Surafel Wondimu, Okwui Enwezor Postdoctoral Fellow in Visual Culture, Performance Studies and Critical Humanities at The Africa Institute, who moderates the discussion.

The discussion will take place via Zoom and will be held in English and French. Simultaneous translation into Arabic and English is also being provided. It will be recorded and published on the Sharjah Art Foundation website at a later date. 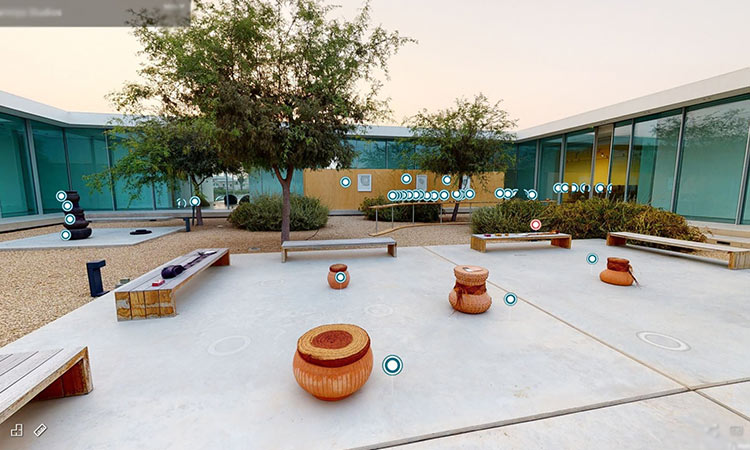 Irthi Contemporary Crafts Council (Irthi), an affiliate of NAMA Women Advancement Establishment, has announced the launch of an immersive and realistic virtual gallery