Friends reunion: Everything you need to know about the long-awaited special as filming wraps up - GulfToday 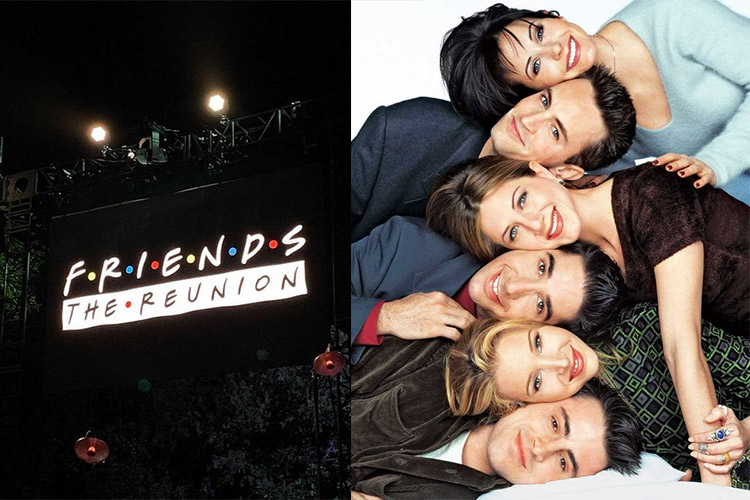 After many delays, the Friends reunion is finally happening.

HBO Max originally announced the programme in February 2020, but it had to be postponed several times due to the coronavirus pandemic, which made an in-person reunion impossible.

Now, it sounds like Matthew Perry, David Schwimmer, Matt LeBlanc, Jennifer Aniston, Courteney Cox, and Lisa Kudrow will soon be seen all together in front of TV cameras again.

Here is everything we know so far about the long-awaited reunion special:

Has the special been filmed yet?

An official confirmation came on 11 April, when the official, verified account for Friends shared an image of a screen – presumably from the set – bearing the words: “Friends – the reunion”.

The accompanying caption reads: “That’s a wrap! Could we BE anymore excited!? Friends: The Reunion is coming to @hbomax.” 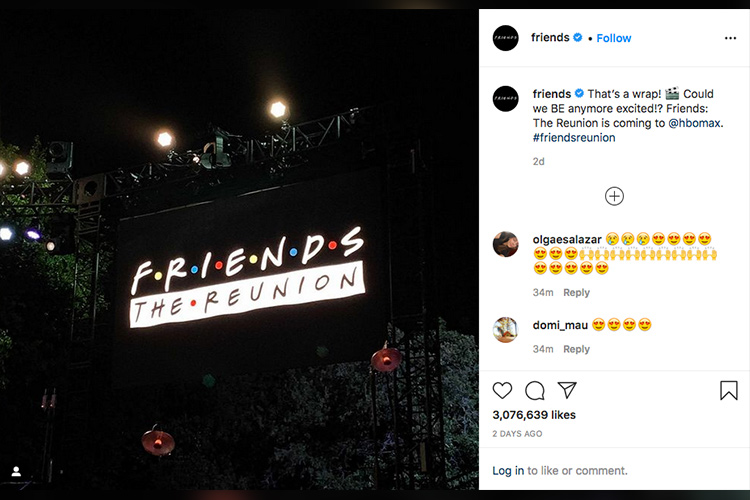 Prior to that, another clue came when, according to Deadline, Perry shared a photo of himself in a make-up chair before “reuniting with my Friends”. The post has since been taken down, but screenshots have been circulating.

Schwimmer had also announced earlier in April that he was flying to Los Angeles to film the reunion special.

When will it air?

HBO Max has yet to confirm an official airing date, but since filming has wrapped up ... there’s a chance the programme could air soon enough. This story will be updated once more details become available.

Full details are still under wraps, but we know the special will be unscripted, meaning the actors won’t be in character. Instead, they are expected to sit together and discuss the show and their memories of it as themselves.

In its original announcement, HBO Max said it intended to film the special on the sitcom’s original soundstage on the Warner Bros Studio lot in Burbank, California. Whether those plans had to change after the special was postponed remains to be seen.

Why is there so much excitement about the reunion special?

Two reasons: one, the HBO Max special will mark the first reunion featuring all six main cast members. There was a reunion in 2016 without Perry, and the reviews were mixed. Expectations are higher than ever this time around.

Two, the Friends reunion special was one of the biggest TV programmes delayed by the pandemic – think No Time to Die, but for the television world. Producers chose not to film it via Zoom and held out for the real thing instead. Needless to say, when the programme finally airs, fans will be more than ready for it.

Friends fans are kicking themselves for watching a TikTok video that points out Jennifer Aniston’s verbal tic in the show.