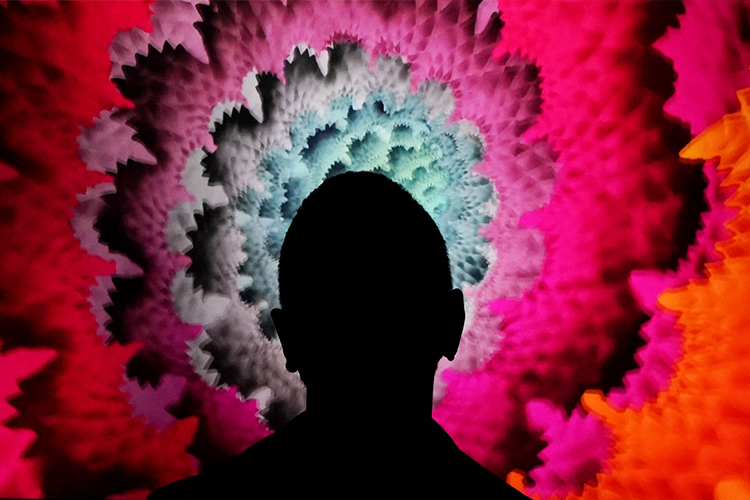 A person looks at a piece by Hoxxoh dedicated exclusively to NFT (non-fungible tokens) artwork in New York.

Three months ago, barely anyone had heard of a non-fungible token (NFT), a digital object such as a drawing, animation, piece of music, photo, or video with a certificate of authenticity created by blockchain technology.

But that changed in March when a digital collage by American artist Beeple sold for $69.3 million at Christie's, setting a new record for an NFT, and the first message posted on Twitter went for $2.9 million.

More than $10 million in NFT transactions are now taking place daily, according to the website DappRadar. 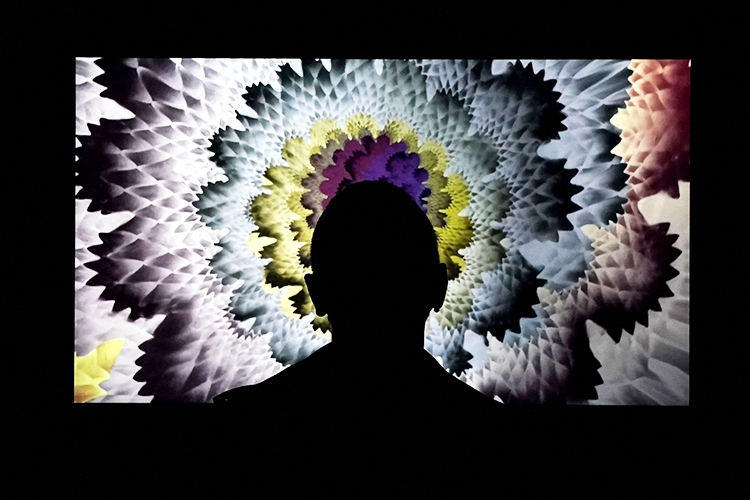 A person looks at a piece by Hoxxoh during a press preview.

The exchanges happen in cryptocurrencies on specialist sites such as Nifty Gateway and OpenSea, on the fringes of the art world.

But the phenomenon is now becoming more mainstream with traditional auction houses keen to cash in, lending the craze, and digital artists, even more credibility.

Collectors are able to purchase "cubes" for a fixed price of $500 each, which can then be redeemed for NFTs.

Phillips is selling a unique work by Canadian artist Mad Dog Jones during an auction running from Monday until April 23.

When the work, called "Replicator," is sold, it will generate new artworks -- which will themselves come with a limited number of NFTs. 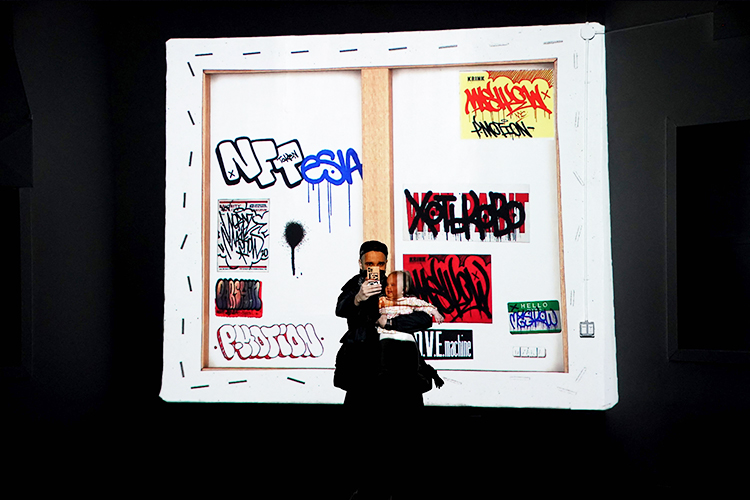 A person takes a photo in front of a piece by Mashkow.

There will be seven generations of NFTs in total, meaning between 75 and 300 digital objects will be created over approximately a year.

The movement into NFTs comes at an opportune time for the auction houses, who have sped up their transition to digital following a year of virtual sales because of the coronavirus pandemic.

The sales should help Sotheby's attract new collectors who may not have interacted with the house before, said Moore.

Some 91 percent of people who bid for Beeple's "Everydays" had never bid at Christie's before. More than half of them were between 25 and 40 years old.

The NFT boom is being fueled by early investors in cryptocurrencies who became millionaires.