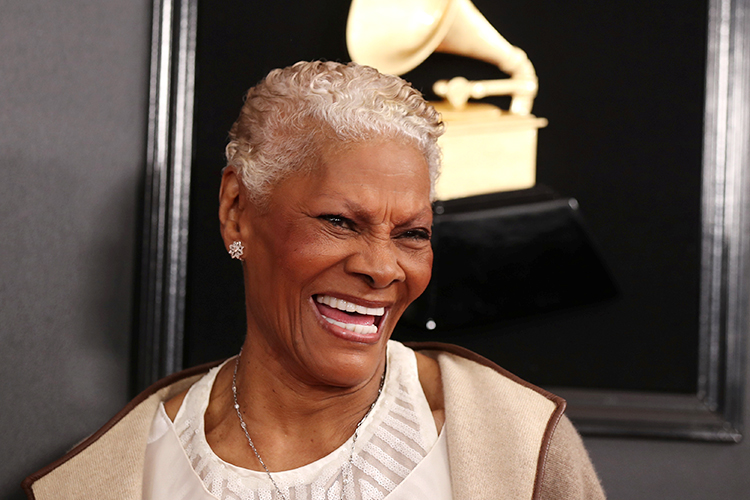 "If you are very obviously a rapper why did you put it in your stage name?"

Warwick asked Chance the Rapper in a tweet. "I cannot stop thinking about this."

"I will be whatever you wanna call me Ms Warwick," Chance responded.

The five-time Grammy Award winner was surprised Chance even knew who she was.

It all started when Warwick saw her nieces and nephews having fun on Twitter and wanted to join in. Once she got the hang of it, Warwick decided how she would use her new platform.

Warwick, who is often referred to now as the 'Queen of Twitter,' relishes bringing positive energy to social media.

"That's one of the things I'm enjoying more than anything else in the world, that everybody's laughing with me, you know, and that I think is something that has been missing," she said.

Warwick is also trailblazing with virtual concerts. Her first was held live from home on Easter Sunday.

"I had a little bit of anxiety, based on the fact that I had not sung in a complete year, and vocal cords are muscles and muscles had to be exercised, and I don't do that," she said.

"I wanted to do a disclaimer, you know, there might be a couple of squeaks, croaks," she said with a laugh.

She will perform a second show on May 9, which is Mother's Day in the United States.

This year Warwick was nominated for the first time to be inducted into the Rock & Roll Hall of Fame, a late recognition after nearly 60 hit songs including "Don't Make Me Over," "Walk on By," and "Anyone Who Had a Heart," and selling over 100 million records since the early 1960s.