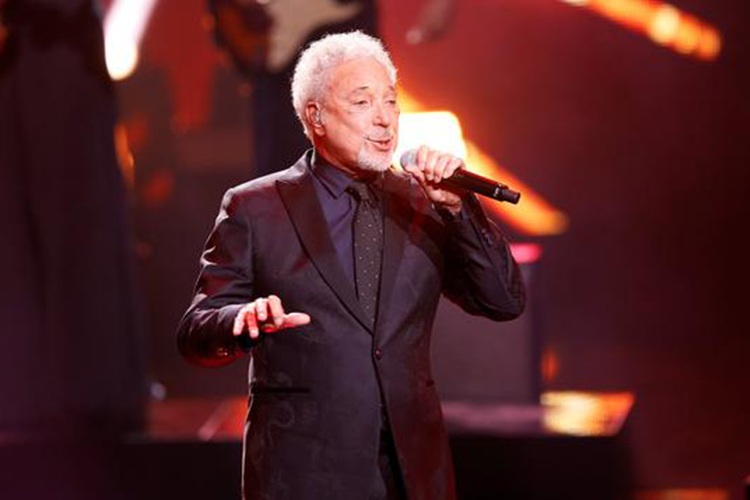 Singer Tom Jones performs on stage during an event.

His career began with a string of top-ten hits in the mid-1960s.

He has toured regularly, with appearances in Las Vegas.

Jones's voice has been described by Stephen Thomas Erlewine of AllMusic as a "full-throated, robust baritone"

Tom Jones has confessed that he was given conflicting advice from music legends Elvis Presley and Frank Sinatra.

"So I had Elvis Presley pulling on me to do more rock and roll tunes and Sinatra telling me to do 'Fly Me To The Moon'! As a singer it's not a bad position to be in, is it?" Jones said in an interview with Music Week, according to a report.

However, he said that they were the nicest people he met.

"All the people I've met, the bigger they are the nicer they are. Elvis Presley was one of the nicest fellas you could ever wish to meet. Sammy Davis Jr. was fantastic, Frank Sinatra... They were real people. It was the ones you'd meet who were like Frank Sinatra copies and the Elvis Presley merchants.

They'd try to give you advice and you'd think, 'What do you know? You're just copying somebody else!' But when you meet the real people they're unbelievable," he said.