Bollywood stars Amitabh Bachchan, Deepika Padukone to be seen together in 'The Intern' remake - GulfToday 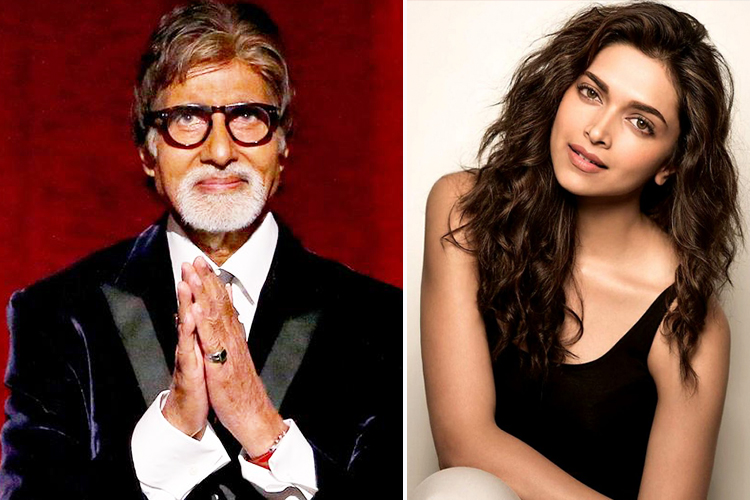 The film, which is a re-make of the 2015 Robert De Niro and Anne Hathway starrer, is about a senior citizen joining work or rather re-starting life again as an intern.

Deepika, who has co-produced the film, was earlier slated to co-star with late Rishi Kapoor.

The first-look poster of the upcoming Amitabh Bachchan-Deepika Padukone comedy "The Intern" was launched on Monday. 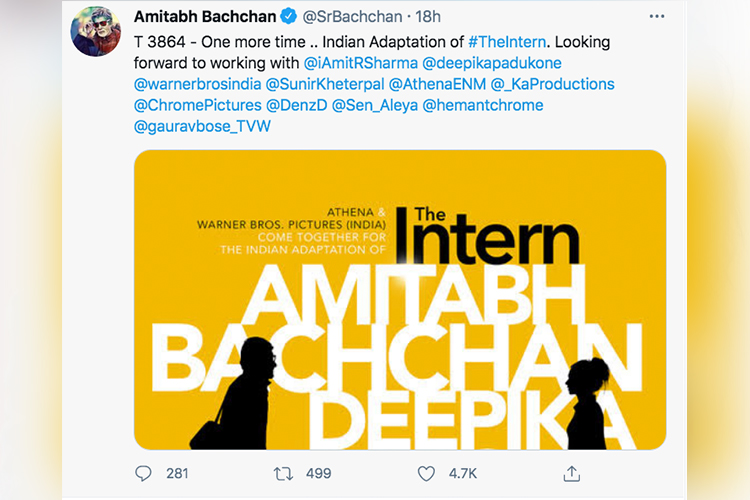 The bright yellow poster of their new film presents the two stars in silhouette form, walking towards each other.

The Hollywood hit was directed by Nancy Meyers. 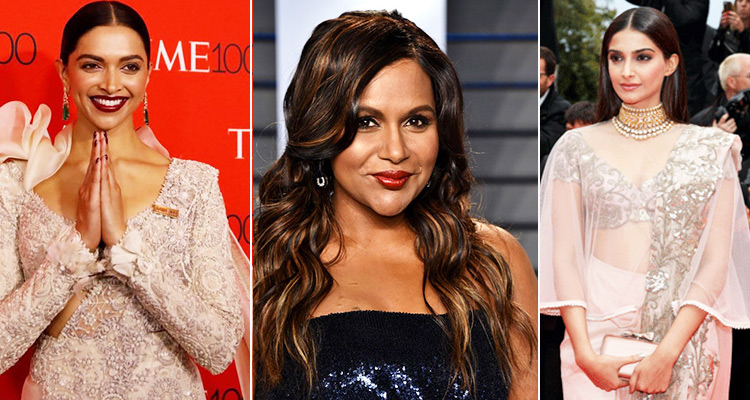