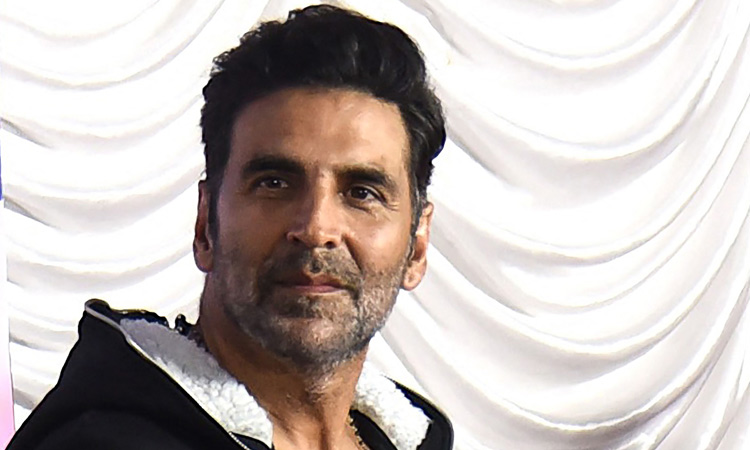 One of Bollywood’s biggest stars Akshay Kumar has tested positive for the novel coronavirus.

While many celebrities in the past have announced their positive result through their social media accounts, the ‘Khiladi ‘ fame actor also took to his Twitter account to announce about his infection.

The actor has apparently isolated himself and is taking all safety measures to make sure he revives back and is fine to start working again. 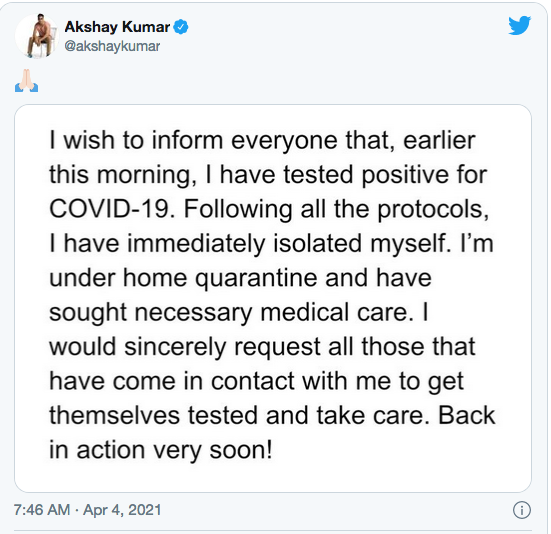 "I wish to inform everyone that earlier this morning I tested positive for COVID-19. Following all the protocols, I have immediately isolated myself. I'm under home quarantine and have sought necessary medical care," he tweeted.


He went on to ask everyone who has interacted with him in the last couple of days to get tested so they can take the necessary action.

"I would sincerely request all those that have come in contact with me to get themselves tested and take care. Back in action soon," the actor added.

Akshay had started shooting for his next titled "Ram Setu".

The film also features Jacqueline Fernandez and Nushrratt Bharuccha. It is directed by Abhishek Sharma. The chirpy and full-of-life actress, who has a huge fan following among the youth, recently tested positive for the novel coronavirus. 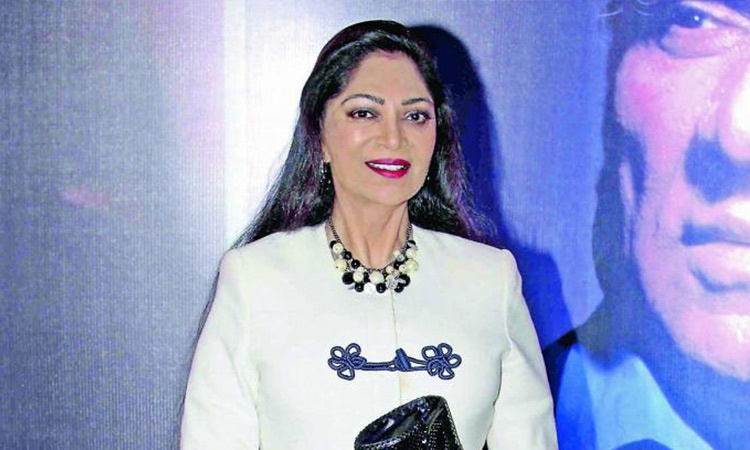 Veteran actress Simi Garewal on Tuesday noted how Covid-19 has helped everyone understand what a woman goes through every day in a society that blames her for rape.

One of Bollywood’s biggest stars Akshay Kumar has tested positive for the novel coronavirus. The superstar has been admitted to hospital due to his condition worsening.