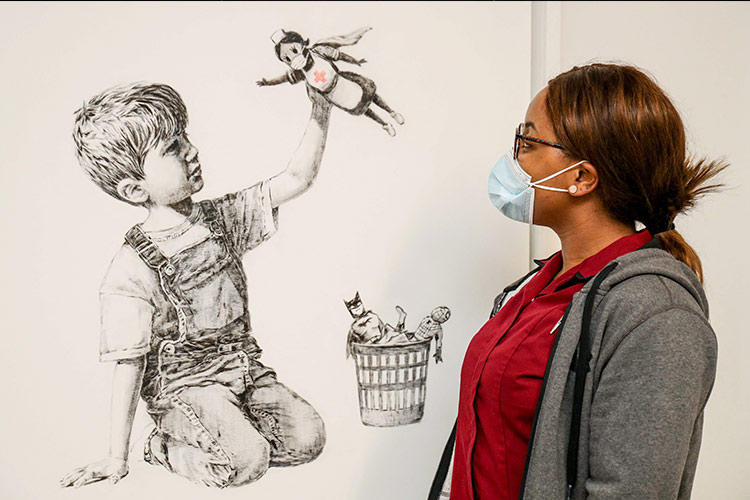 A member of staff posing with an artwork by street artist Banksy called "Game Changer." AFP

A painting by UK street artist Banksy is expected to raise millions of pounds for the staff of Britain's state-run National Health Service (NHS) at auction on Tuesday.

The black-and-white painting shows a small boy playing with a nurse doll wearing a mask and a cape. Spiderman and Batman superhero toys lie discarded in a bin behind him.

Foundry gets in line with Adil Aubekerovs expressive works

The artist — who first emerged out of Bristol's graffiti scene in southwest England in the 1990s — left a note with the painting thanking hospital staff for their work battling the pandemic.

"Thanks for all you're doing. I hope this brightens up the place a bit, even if it's only in black and white," he wrote.

Christie's auction house has placed a pre-sale estimate of between £2.5 million ($3.5 million, 2.9 million euros) and £3.5 million on the artwork. 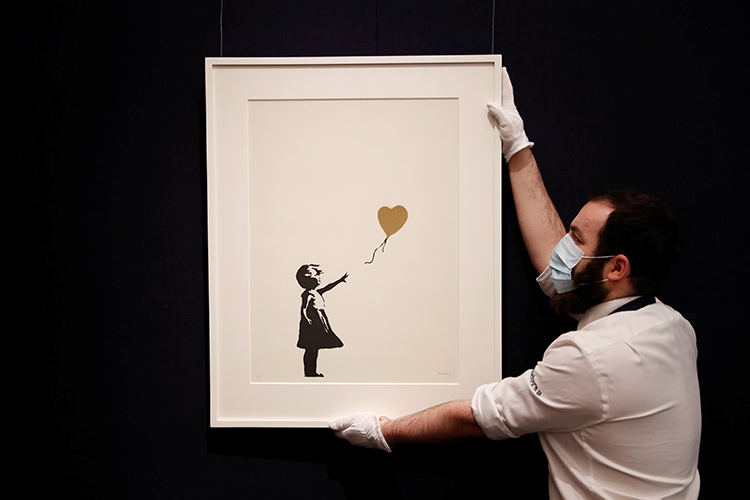 Proceeds from the auction will go to NHS charities and a reproduction of the piece will continue to hang at Southampton General Hospital.

Christie's said in a statement the painting was a departure from Banksy's usual irreverent style and was instead "a personal tribute to those who continue to turn the tide of the pandemic".

"As an artwork, however, it will remain forever a symbol of its time: a reminder of the world's real game changers, and of the vital work they perform," the international art seller said.

Speaking in a video shared by Southampton Hospitals Charity earlier this month, staff at Southampton General Hospital thanked Banksy for the painting and shared their enthusiasm for the work.

Steph Gurney, a senior nurse with the hospital's Acute Medical Unit, said the appearance of the painting had come as a "real shock and a surprise" and that it "meant so much that a world-renowned artist would want to donate a piece of work to our hospital".

Banksy has continued to create other works in the pandemic. In July 2020, disguised as a cleaner, he spray-painted a series of rats encouraging people to wear face masks on the London underground.

In December, he drew a woman sneezing on the side of a house in Bristol. 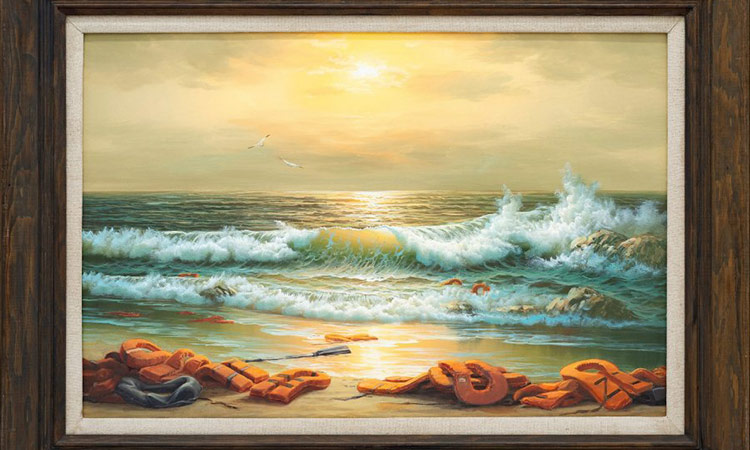 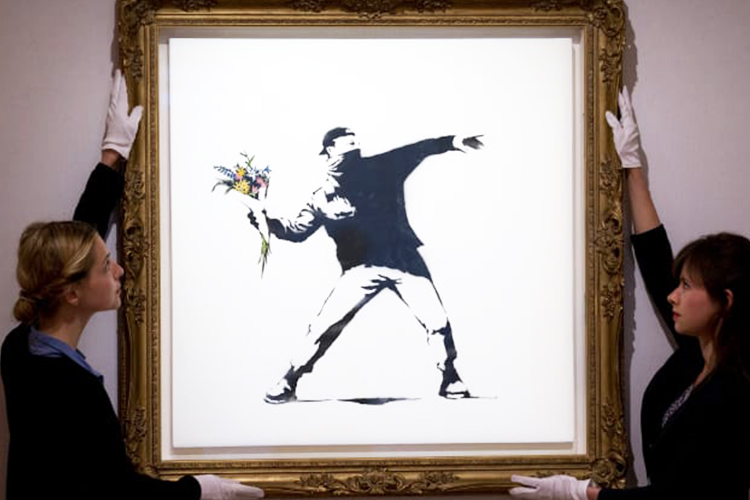