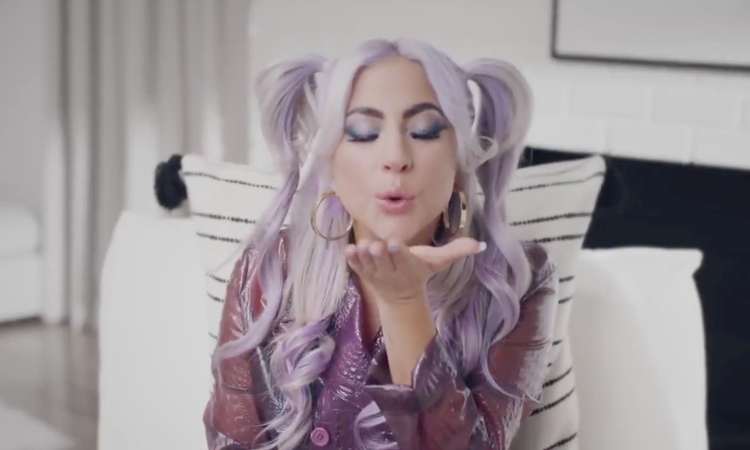 Lady Gaga blows a kiss after delivering a video message to the Japanese people on Thursday. Reuters

US singer Lady Gaga added her voice to the diplomats and dignitaries sending condolences to Japan on Thursday to mark 10 years since its catastrophic earthquake, tsunami and nuclear disaster.

The US singer has a huge following in Japan and visited the country three months after the 2011 disaster, declaring "Japan is safe" and calling on tourists from around the world to do the same.

"It seems like yesterday that I was watching the shocking footage of the devastating earthquake and tsunami on the news, and thinking, 'what can I do to help?'" she said in a video posted on Twitter.

"Seeing and hearing about the vast recovery of your beautiful cities, I have so much respect to the people of Japan for your strength, kindness, and love for each other," she said in the clip of just over a minute. 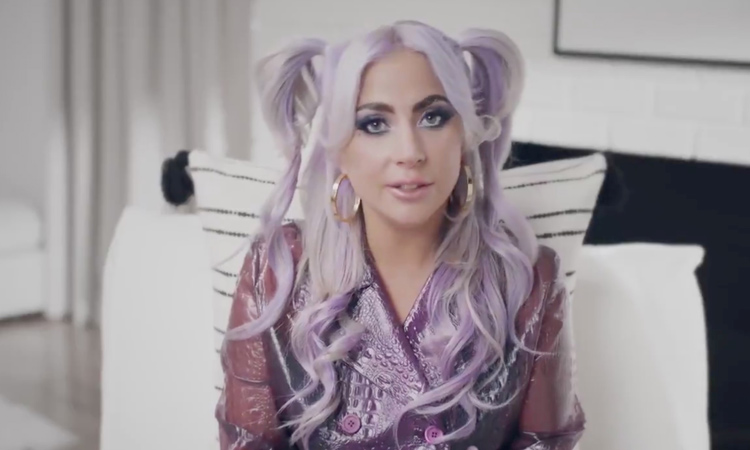 In the video — viewed 1.5 million times — the currently lilac-haired star said Japan's response would give hope to people who are "fighting through" the coronavirus pandemic.

"However, I can also imagine that there are still many people fighting through the pain, emotionally and mentally," she said.

"So, let's all continue to support each other, be kind to each other and love each other. I'm always praying for you, Japan, for a better world."

She ended the tribute by saying "aishitemasu", meaning "I love you" in Japanese, and blowing a kiss. 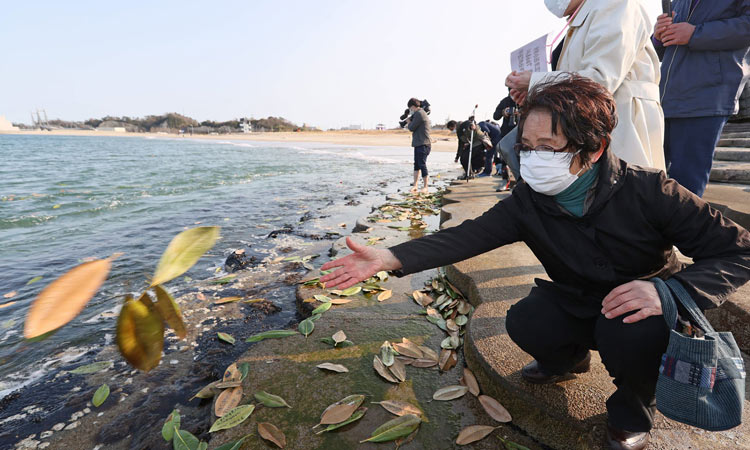 A resident throws leaves, bearing messages to loved ones, to the sea in Soma. AFP

After the 2011 disaster, which left around 18,500 people dead or missing, the performer launched a fundraising drive and took part in a charity concert to support reconstruction efforts.