King is back with his new novel, talks about crime and creativity - GulfToday

King is back with his new novel, talks about crime and creativity 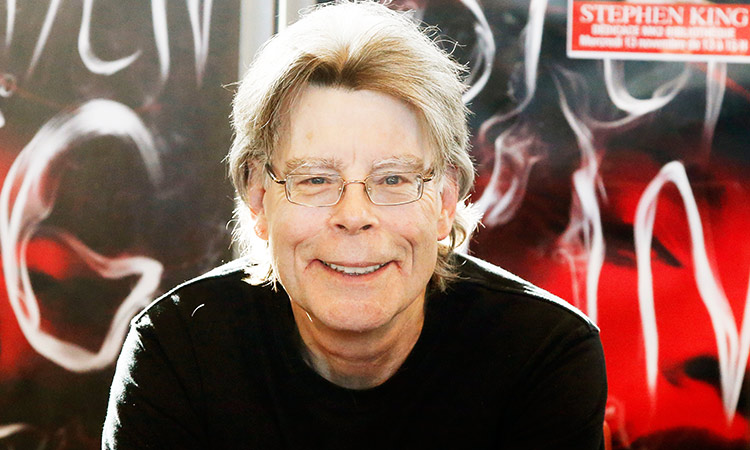 Author Stephen King poses for the cameras during a promotional tour in Paris. AP

Stephen King doesn’t think of himself as a horror writer. “My view has always been you can call me whatever you want as long as the checks don’t bounce,” King told The Associated Press during a recent telephone interview. “My idea is to tell a good story, and if it crosses some lines and it doesn’t fit one particular genre, that’s good.” Readers may know him best for “Carrie,” “The Shining” and other bestsellers commonly identified as “horror,” but King has long had an affinity for other kinds of narratives, from science fiction and prison drama to the Boston Red Sox.  Over the past decade, he has written three novels for the imprint Hard Case Crime: “Joyland,” “The Colorado Kid” and “Later,” which comes out this week. He loves sharing a publisher with such giants of the past as James M. Cain and Mickey Spillane, and loves the old-fashioned pulp illustrations used on the covers.  At the same time, he enjoys writing a crime story that is more than a crime story — or hardly a crime story at all.

“Joyland” is a thriller set around an amusement park and could just as easily be called a coming-of-age story. “The Colorado Kid” has a dead body on an island off the coast of King’s native Maine, but otherwise serves as a story about why some cases are best left unsolved.  “It’s the beauty of the mystery that allows us to live sane as we pilot our fragile bodies through this demolition derby world,” he writes in the book’s afterword. His new novel has a lot of crime in it but, as King’s narrator suggests, it might actually be a horror story. Jamie Conklin is looking back on his childhood, when he was raised by a single mother, a New York literary agent. Like other young King protagonists, Jamie has special powers: He not only can see dead people, but when he asks them questions, they are compelled to tell the truth.  “Later” also features a best-selling novelist and his posthumous book, and a police detective who for a time is the girlfriend of Jamie’s mother. The 73-year-old King has written dozens of novels and stories, and usually has three to four ideas that “are half-baked, kind of like an engine and no transmission.” He doesn’t write ideas down because, he says, if something is good enough he’s unlikely to forget it. 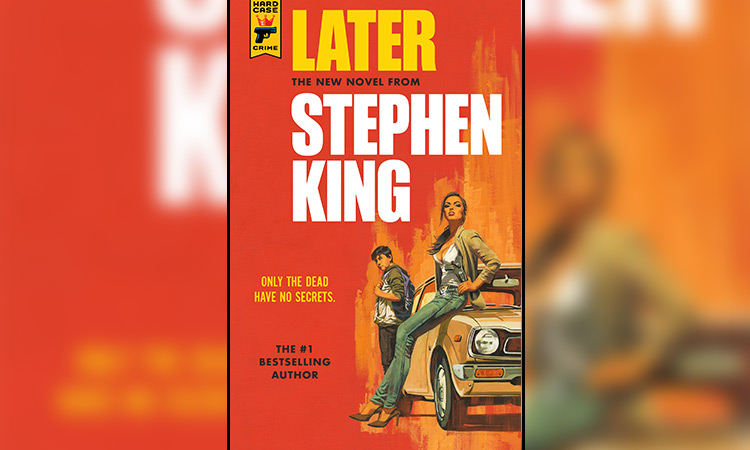 For “Later,” he started with the idea of a literary agent who needed to get her late client’s manuscript finished, and thought of having a son who communicates with the dead. He then decided the mother needed a companion. “And I thought, ‘You know what, I’m going to make the love relationship female.’ Then I thought to myself, ‘Cop,’ and the cop is dirty and everything fell into place,” he says.

King, who publishes most of his work with Simon & Schuster, is part of the founding story of Hard Case Crime. Back in 2004, Charles Ardai and Max Phillips were launching a line of books to “revive pulp fiction in all its lurid mid-century glory.” Hoping for some publicity, they wrote to King and asked for a blurb. A representative for the author called and said King did not want to write a blurb for Hard Case Crime; he wanted to contribute a book. That became “The Colorado Kid.”

“I sat on the other end of the phone while this sank in and tried to sound cool, like this was the sort of phone call I got every day and twice on Fridays,” Ardai wrote in an introduction to “The Colorado Kid,” which came out in 2005. “But inside I was turning cartwheels.” King’s passions also include politics and current events, and over the past few years he regularly tweeted his contempt for President Donald Trump. But he doubts that Trump’s loss to Democrat Joe Biden will have an effect on his work. Fiction has been an “escape” from politics, he says, not a forum.

And though he has written a famous novel about a pandemic, “The Stand,” he passed on a chance to write about COVID-19 in a work of fiction coming later this year, “Billy Summers.” He originally set it in 2020, but decided instead on 2019.

Toward the end of “Later,” Jamie observes that his writing has improved as the story went along, “improved by doing, which I suppose is the case with most things in life.” Asked during the interview to evaluate his own writing, King, the baseball fan, likens himself to an aging but resourceful pitcher. “I’ve gotten better in some ways, but you lose a little of the urgency. In my 40s, the ideas were like people jamming into a fire door to get out. There were so many ideas, and you couldn’t wait to get to the typewriter and the words would pour out,” he says. “Nowadays, you’re almost feeling people are looking over your shoulder and they’re apt to be a little more critical. You slow down a little bit. I’m aware I’m getting older. You lose the blazing fastball and start to count more on your changeups and curves and be a little more careful and mix them up.”