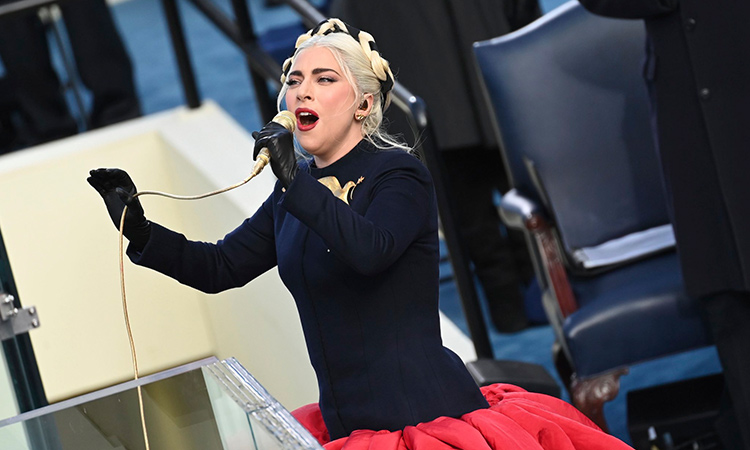 Lady Gaga’s two French bulldogs, which were stolen by thieves who shot and wounded the dogwalker, were recovered unharmed on Friday, Los Angeles police said. 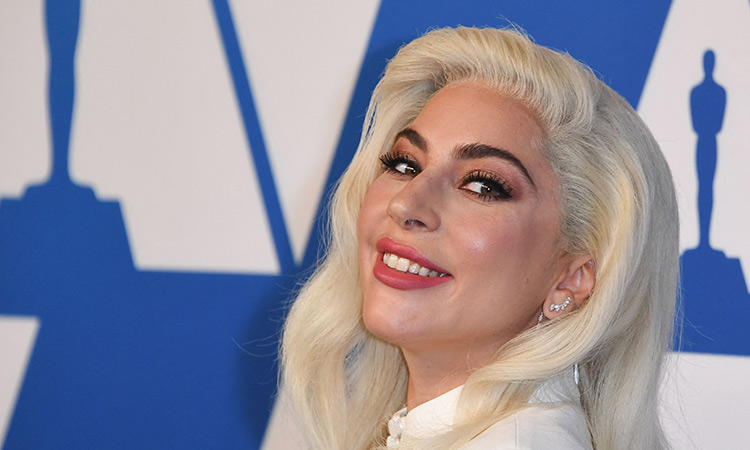 Lady Gaga’s representative and detectives went to the station and confirmed that they were the dogs.

The singer is currently in Rome to film a movie.

The woman who dropped off the dogs appears to be “uninvolved and unassociated” with Wednesday night’s attack, Tippett said. 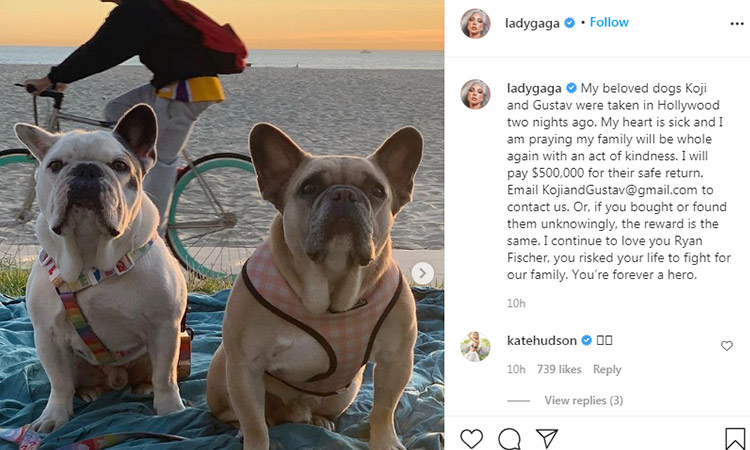 It wasn’t immediately clear how she obtained the dogs.

The dog walker, Ryan Fischer, was shot once as he walked three of the singer’s dogs in Hollywood. Video showed a white sedan pulling up and two men jumping out. They struggled with the dog walker before one pulled a gun and fired a single shot before fleeing with two of the dogs.

The dog walker can be heard on the video saying he had been shot in the chest. Tippett said he is expected to survive his injuries.

Lady Gaga on Friday repeated her offer of a $500,000 reward for the return of her dogs - whose names are Koji and Gustav - with no questions asked.

“I continue to love you Ryan Fischer, you risked your life to fight for our family. You’re forever a hero,” she said in an Instagram post. 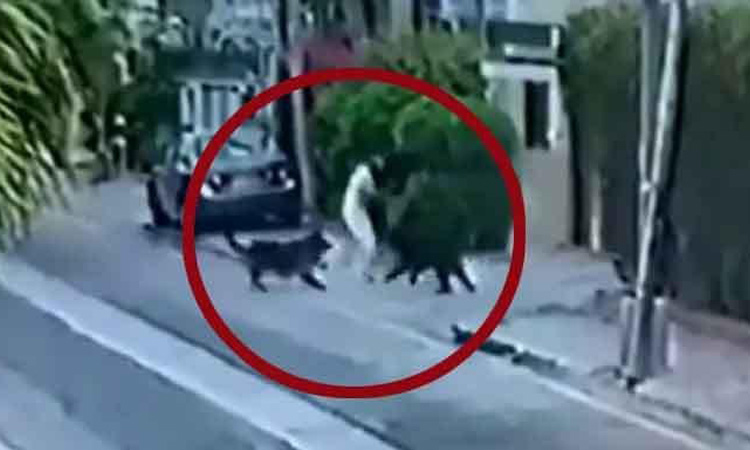 The dogs attacked the lawyer in an upscale Karachi neighbourhood in mid June, when he was out on a morning walk. The canines’ owner will also donate Rs1 million to an animal welfare organistion. 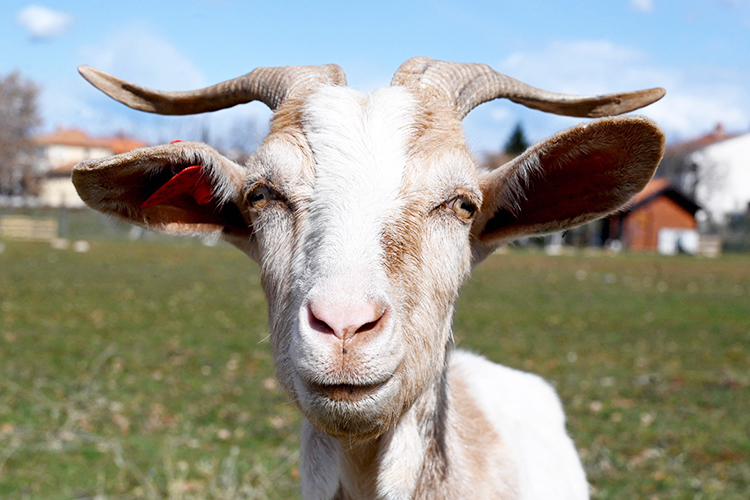