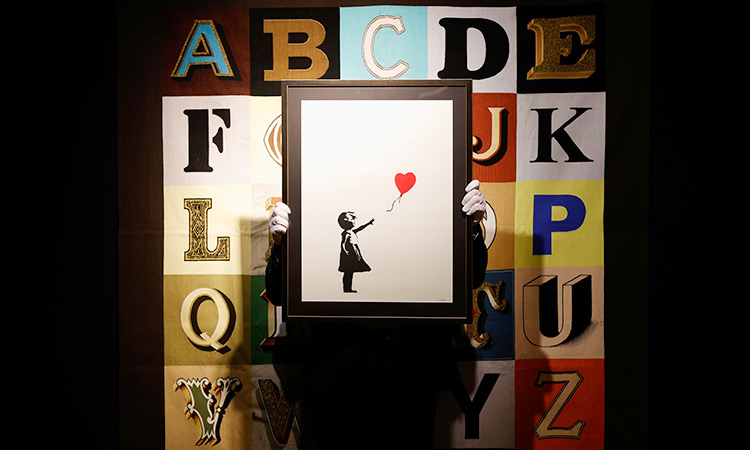 An art handler poses with "Girl With a Balloon" by Banksy. Reuters

A print of "Girl With Balloon" by Banksy and a photograph of supermodel Kate Moss are among top attractions in a sale this week celebrating 70 years of British art.

The sale, titled "British. Cool.", at auction house Bonhams, in London, will also feature boots designed by Damien Hirst and photos of The Who and The Beatles.

"So the sale overall is a celebration of British creativity from 1950 to now and the idea is that we are celebrating all aspects of creativity, so not just the fine arts but also photography, fashion, entertainment, memorabilia and also prints and multiples," said head of sale Janet Hardie.

"Girl With Balloon", an image of a young girl holding a heart-shaped red balloon that was originally painted as a mural on London's Waterloo Bridge, is one of Banksy's most recognisable works. 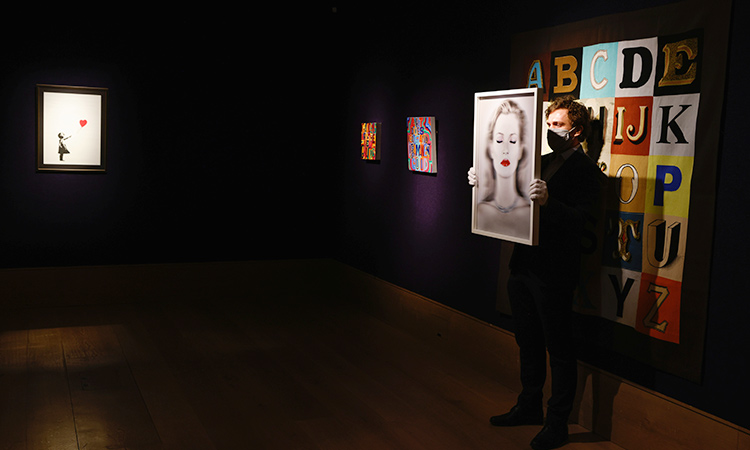 An original painting of the work shredded itself with a mechanism hidden in its frame moments after selling for more than 1 million pounds ($1.4 million) in an auction at Sotheby's in 2018.

The Kate Moss photo, a studio proof of a lenticular 3D print by Canadian/British artist Chris Levine, is expected to fetch between 20,000 and 30,000 pounds. Artist and subject have donated the work to raise money for the charity Oxfam GB.