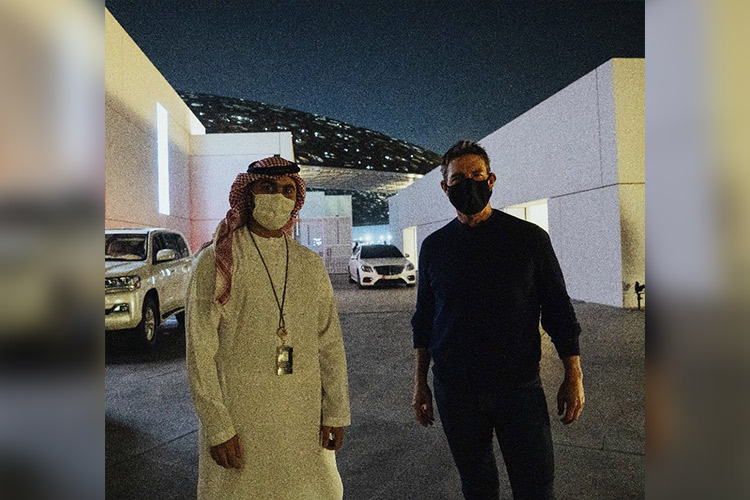 Hollywood actor Tom Cruise was spotted at the Louvre Abu Dhabi earlier this week with a lucky fan, Hamad Al-Hosani, who is an Emirati footballer. Al-Hosani got a chance to click a picture with the megastar.

Hamad Al-Hosani plays as a midfielder, most recently for Baniyas.

Hamad posted the picture on his verified Twitter account posing with Cruise on his Twitter account alongside with the caption which reads: “Every time I meet him, he tells me, ‘I love Abu Dhabi, I love your country 🇦🇪.” 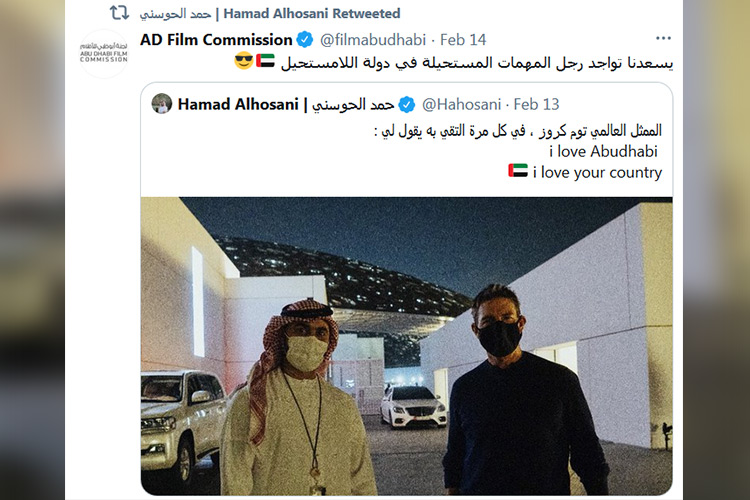 Cruise was in the UAE’s capital to film scenes for his latest flick, ‘Mission Impossible 7’.

If there is one actor in Hollywood who seems to be getting more and more bankable with age, it is the inimitable Tom Cruise. At a time when a good number of top actors have drifted into the shadows, he continues to occupy the limelight.

Thanks to the spy series, his Mission Impossible franchise, he has carved a niche for himself as a cracker of a box-office star.

He is very committed to his roles, and prefers to perform his own stunts. We have all seen it how he did those amazing action-packed sequences by scaling the world's tallest building, the Burj Khalifa, in the 'Ghost Protocol.' It ranks among the most spectacular scenes in the film, and marks a defining moment in the franchise.

Here is a spicy footnote: he is said to be dating his co-star in the film, Hayley Atwell.

The ship will shelter around 200 local staff, with another 200 international workers also on board.