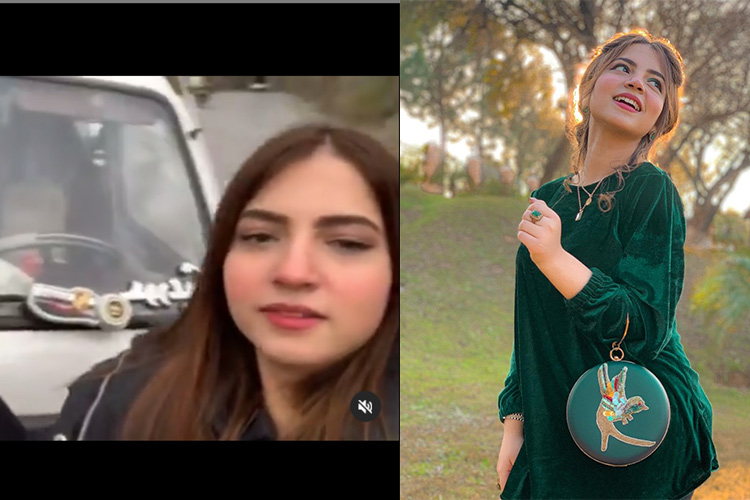 A combo photo of Dananeer and a screengrab from her viral video (left).

A young Pakistani influencer, namely @dananeerr on Instagram, shared a video a week before saying, “Yeh hamari car hai, aur yeh hum hein, aur yeh hamari pawri horahi hai” (This is our car, this is us, and this is our party going on). A less than thirty-second video that goes ‘viral’, turns into a ‘meme’ and boom: you’re an overnight sensation.

The Islamabad based content creator Dananeer, shared the video of herself in the middle of the road, posing with her car and friends.

She’s been on various television channels now and her viral video has over 6 million views on her Instagram handle alone.

Since then the video has been doing rounds and recreated thousands of times across social media platforms. 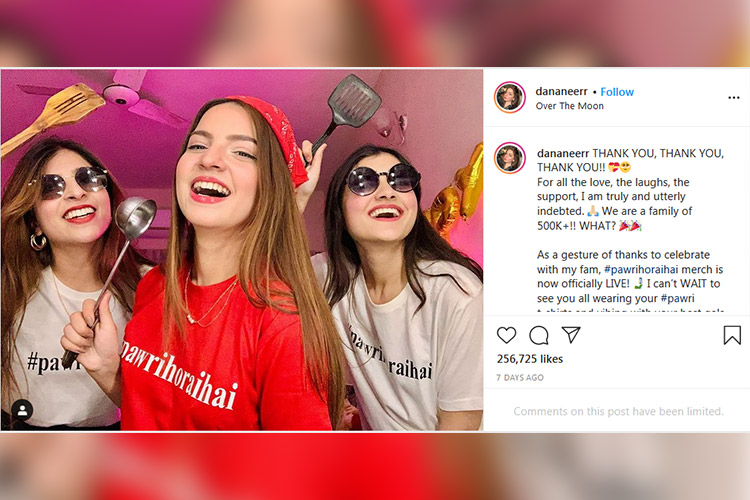 The Internet’s favourite girl now, her ‘pawri’ memes have not only flooded Pakistani social media but Bollywood as well.

The viral video has been recreated with #pawrihoraihai hashtag and inspiring many other parody clips.

The actor took to Instagram to share her very own version of the video and delivered a hilarious take! Sitting in a dimly lit room with her friends in the background, Qamar says, “Ye mai hun, ye meri friend hain, aur hum TV dekh rahe hain.” 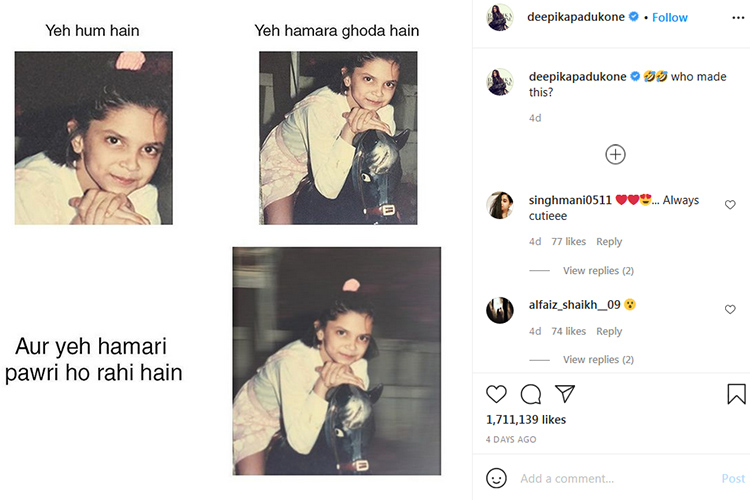 Deepika Padukone recreated the pawri meme as she posted a childhood picture on her Instagram saying, “This is me, this is my horse and this is us partying!”

Mahira Khan recreated the meme with Moomal Sheikh and Mahira’s manager Seher Hafeez and other gal pals over the Yashraj Mukhate-Dananeer mix of ‘pawri horai haai’.

Shahid Kapoor recreated the meme with Kunal Khemmu and his friends and remixed it with AIB’s ‘party chalegi’ song.

Ali Zafar recreated the pawri meme on the cricket pitch as he threw a sixer and said, “This is my bat, this is my pitch and that’s my sixer!”