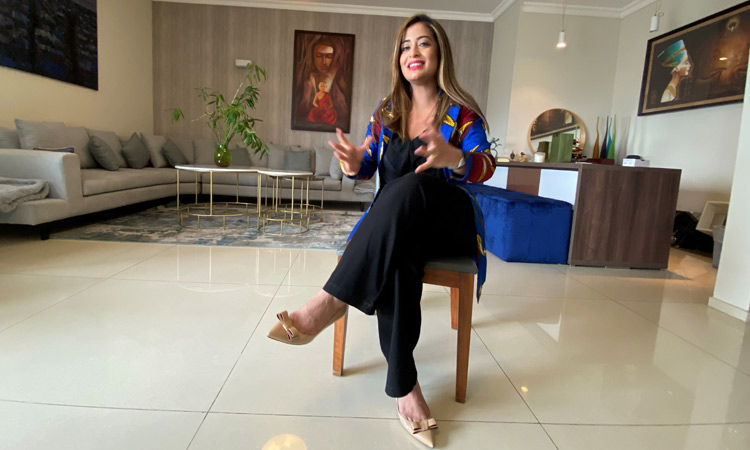 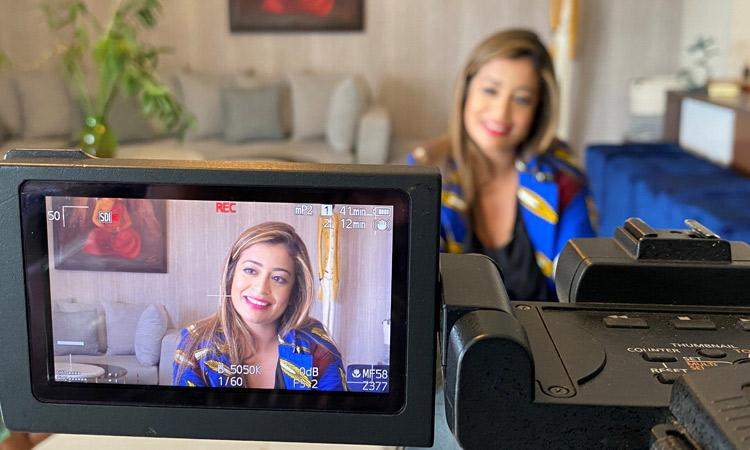 Hamisha Daryani Ahuja is seen on a camera screen during the interview in Lagos. Reuters

“I wanted to do something that will be more relatable so it is a full-on Nollywood movie, but I brought in some Indian actors to make it a little bit more fun,” Daryani Ahuja, who directed, executive produced and acted in the movie, said.

“What I tried to do is the ‘90s style Bollywood ... the singing and dancing around trees. We have all of that. It is a very cheesy, mushy romantic drama.”
Born of Indian parents, Daryani Ahuja has lived most of her life in Nigeria.

“I have lived in an Indian house, I know the Nigerian culture, the pidgin, the food and it is so interesting how even though everybody thinks with ‘Namaste Wahala’ the cultures are different, we are actually so similar,” she said. “We are actually all one, and that’s the whole theme of the movie.”

“It is very important to make films like this when you show cross-cultural love stories, because in every country ... people just separate each other as far as religion is concerned,” Mumtaz said. “Especially in India, you can’t marry somebody if they are from a different religion or from a different caste.”

Mainly shot in English, the movie had a production team of more than 60 people across India and Nigeria. Production was completed before lockdowns made making movies difficult; the original release date was April. 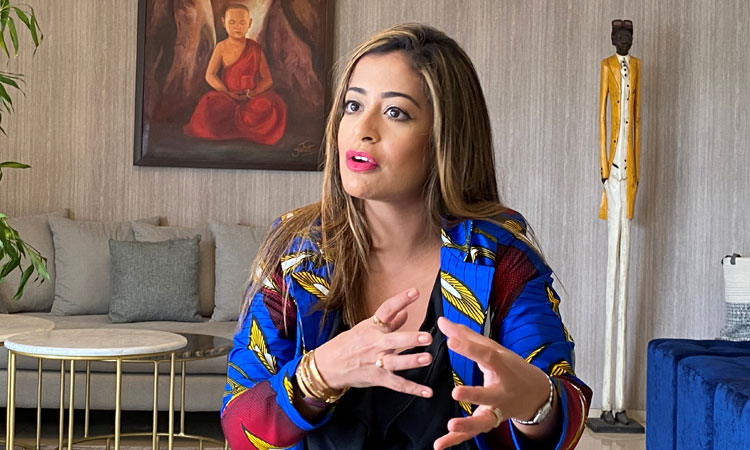 Hamisha Daryani Ahuja speaks during the interview in Lagos. Reuters

Putting out hundreds of movies and television episodes a month, Nollywood is the world’s second most prolific film industry after India’s Bollywood.

Nigeria has a growing base of Bollywood fans, who watch its sitcoms subtitled in English, and “Namaste Wahala” is creating a buzz online.

Daryani Ahuja says she hopes to make a sequel in the coming months.