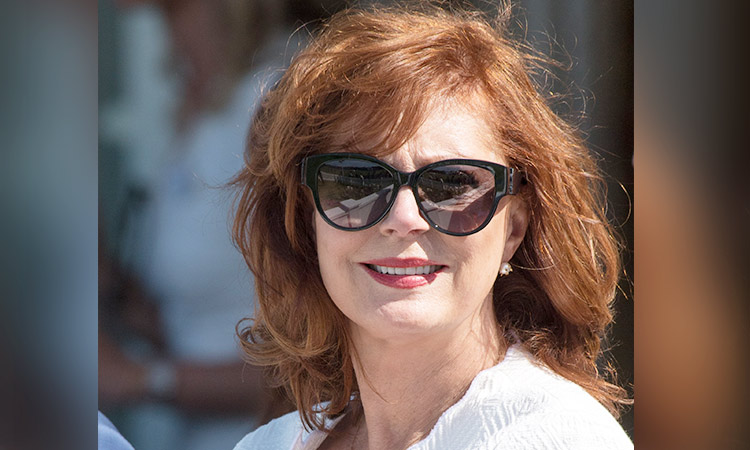 International support for farmers protesting against three new farm acts proposed by the current dispensation in India seems to be growing by the day. 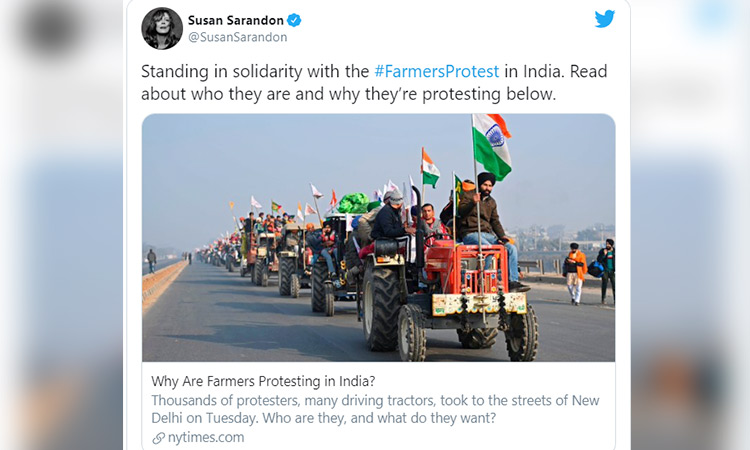 Sarandon tweeted her support and also shared a link to an article addressing the issue in detail.

"Standing in solidarity with the #FarmersProtest in India. Read about who they are and why they're protesting below," Sarandon wrote along with the link.

The 74-year-old Hollywood veteran won the Best Actress Oscar for "Dead Man Walking," and has been nominated in the category for the prestigious trophy on four other occasions. She also won a Best Actress award at BAFTA for her work in The Client.

The actor is known for her social and political activism.

She was appointed a UNICEF Goodwill Ambassador and has received the Action Against Hunger Humanitarian Award.