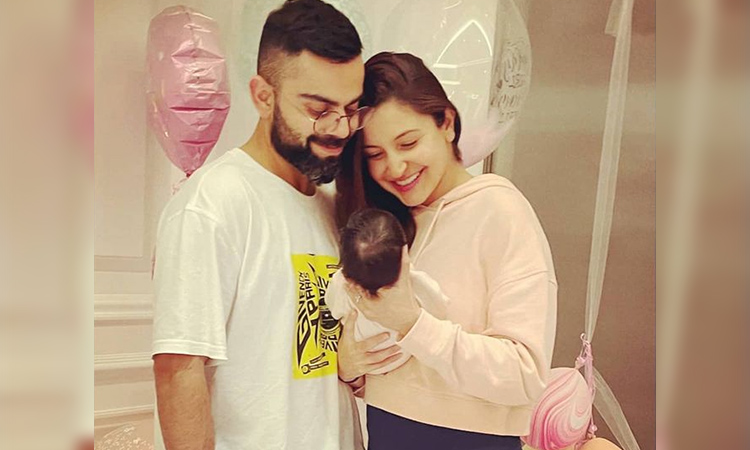 She posted a picture of herself holding her daughter, Vamika along with Virat. However, Vamika’s face cannot be seen in the photo.

Anushka expressed her gratitude to well-wishers for their prayers and good energy. 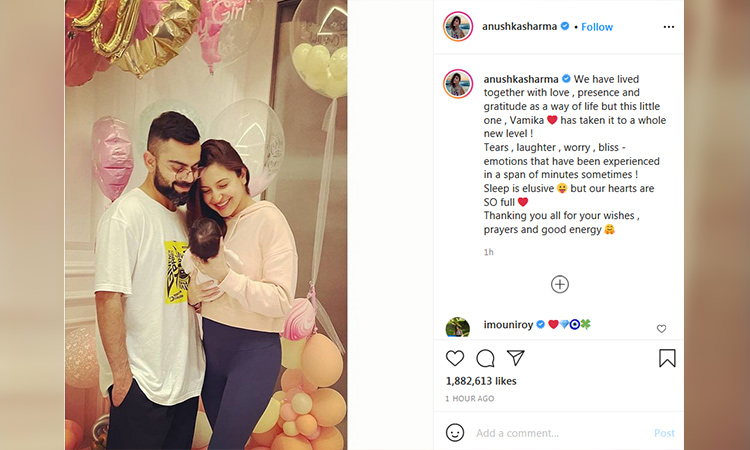 She captioned the image, “We have lived together with love , presence and gratitude as a way of life but this little one , Vamika ❤️ has taken it to a whole new level !

Tears, laughter, worry, bliss - emotions that have been experienced in a span of minutes sometimes!

In another emoji-laden tweet, the Bollywood star spoke about the very real struggles of being new parents but also the pure joy. "Sleep is elusive but our hearts are SO full. Thanking you all for your wishes, prayers and good energy." 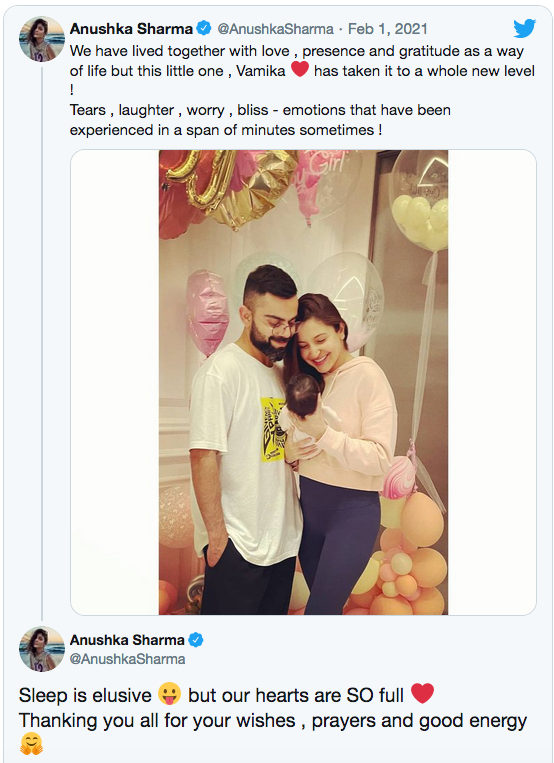 At the time of their baby girl's birth, the duo had requested the media to respect their privacy.

"We hope that you can respect our privacy at this time,” the cricketer had said.

Virushka, as their fans address them, announced back in August 2020 that they were adding another member to the family. In identical tweets, they had written, “And then, we were three! Arriving Jan 2021."

Anushka and Kohli had tied the knot in December 2017 in Tuscany, Italy.

Kohli returned home from Australia after taking part in three ODIs, three T20Is and first Test of the Border-Gavaskar Trophy which India won 2-1.

The 32-year-old will be leading India in the four-match Test series against England beginning Friday at the MA Chidambaram Stadium in Chennai. 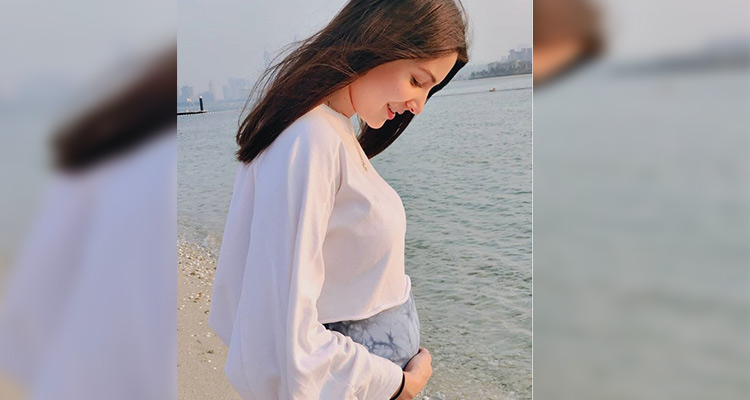