The pandemic may lead to a complete lockdown, which means confined to your home and extremely limited outdoor activity, but it does not lock your creativity. People have been doing all kinds of innovative things.

One cafe in Germany has customers wearing hats with pool noodles attached to them, so that people can maintain social distancing. Another restaurant in the US is using bumper tables, which have huge tubes to keep diners at a distance.

The current circumstances have also offered a way - perhaps several ways -- of seeing the world of virtual reality. Zoom, the software program, helps you have e-conferences or virtual meetings with people far away, either in your country or halfway around the world, which have become the order of the day.

Now two Hollywood stars have taken this world a notch up. Daisy Ridley and Jennifer Hudson went to a movie premiere together last week. They posed for photos and made remarks from a stage while an audience watched quietly.

Or, more accurately, their avatars did, according to Associated Press.

The actors were actually on different continents, brought together for a few minutes through virtual reality headsets to walk a red carpet, pose for photos in front of a step and repeat and to speak to a crowd of other avatars on behalf of their short film "Baba Yaga.” It’s being called the first ever VR movie premiere.

"I truly feel like I went to a premiere,” Hudson said later. "But I didn’t leave home! I think it’s a cool way to do it, especially right now.”

She especially liked seeing her team and how much their avatars looked like themselves. 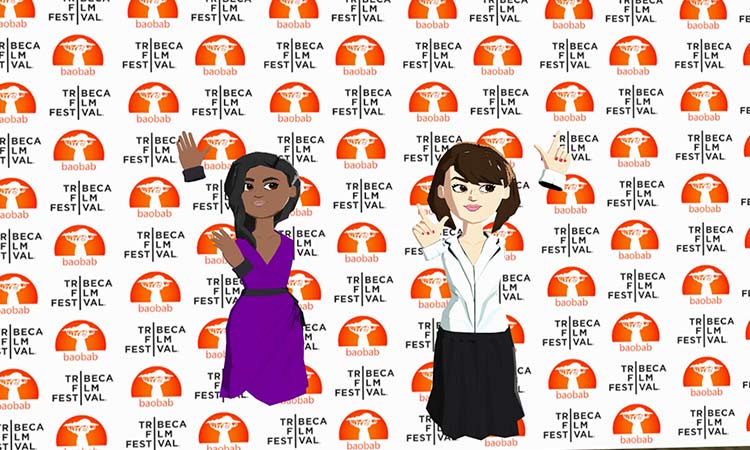 Virtual movie premieres have become standard in Hollywood since the pandemic started. The "events” typically just involve a start time for the film to broadcast on your home screen and, sometimes, a Zoom-style Q&A with talent afterward. But Baobab Studios, the 6-year-old interactive animation studio behind a handful of cinematic VR experiences, decided to push the envelope for "Baba Yaga," according to the Associated Press.

"I really don’t think we would have ever thought of this if it wasn’t for COVID,” said Eric Darnell, the man behind the "Madagascar” films and co-founder of Baobab. "We usually have our films premiere at festivals.”

"Baba Yaga” actually got a real festival premiere too as part of the Venice Film Festival last year. But as it became increasingly clear that there would not be an opportunity stateside, the company started working alongside the XR consultancy firm MESH to produce the ambitious event, which included designing a rainforest room inspired by the one in the film.

The virtual reality movie premiere is not entirely dissimilar to an actual premiere. There are publicists, filmmakers and actors, things to look at and displays to take selfies with (really). At this particular event, there was also a roped off "restricted” area, although organisers said it was simply there to designate the end of space and not an exclusive side party.

And not unlike at actual events, sometimes you find yourself without anyone to talk to and just awkwardly wander around eavesdropping. But at a virtual reality premiere you can’t even pretend to send text messages or respond to emails. This reporter also had to take off her headset for a few minutes after getting VR dizzy.

Darnell co-wrote and directed the film/experience alongside Mathias Chelebourg. It also features the voices of Kate Winslet and Glen Close. The film and the rainforest room are currently available to experience through Oculus Quest.

Events like this may have been born out of necessity, but they could be the way of the future.

"Even if we did go back to premiering at festivals, I still think this is an amazing way to bring people together and to say let’s celebrate this medium by actually having a party inside of it,” Darnell said.