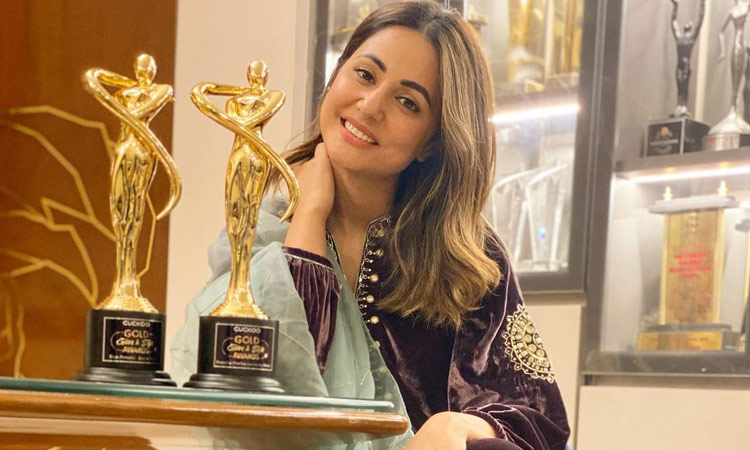 Hina Khan poses with trophies she won for her acting. File

“Yeh Rishta Kya Kehlata Hai” completes 12 years this week and Hina Khan, who shot to fame with her debut fiction role as the telly bahu Akshara Singhania in the mega soap, says the response she received for the role still overwhelms her after all these years.

“After ‘Yeh Rishta Kya Kehlata Hai’ and Akshara came into my life, it definitely changed things around for me,” recalls Hina.

“People associated me so strongly with the show and character that it did become a name in every household. The love, appreciation and positive response I received for the role is something that overwhelms me till date,” shares the actor, who had a fruitful eight-year-long run with the show. 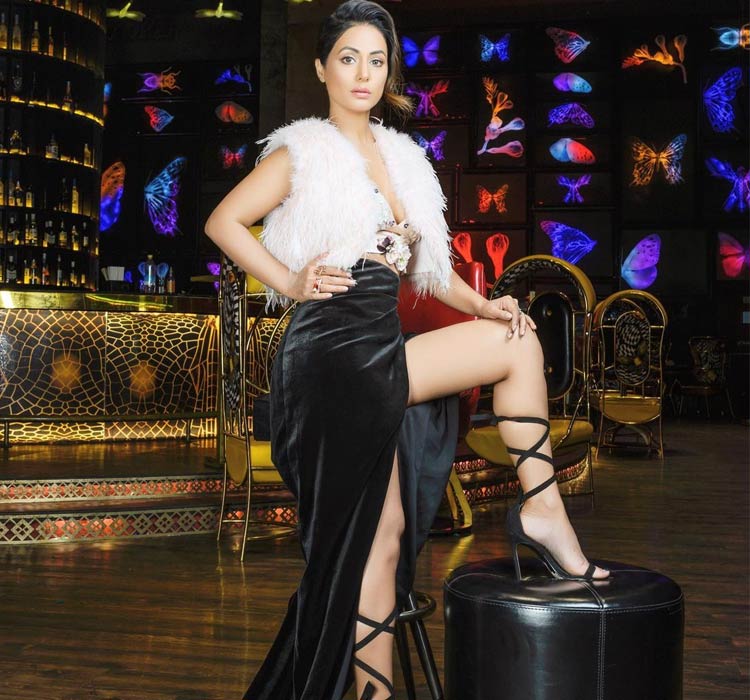 Hina feels the show works because it continues to maintain values that are cherished by the middle-class India households it primarily caters to.

“The concept of a joint family, traditions, values and being there for your loved ones through the good and the bad days is what worked well for the show. At the end of the day our Indian culture is all about family and staying true to our roots and customs. Over the years, ‘Yeh Rishta…’ has managed to maintain these elements well into the show,” shares Hina.

She clearly loves Akshara as much as her fans do.

“Akshara was a soul filled with positivity and so much love, warmth and care, which was the most beautiful part about the character. Her family was the start and end point of her life, and the way Akshara has loved and looked out for them in those eight years is what I thoroughly enjoyed portraying,” she says. 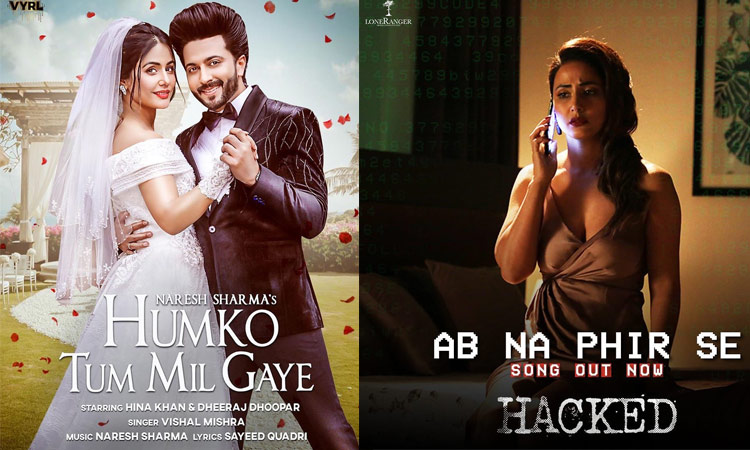 Indeed, Akshara changed a lot in Hina’s life. In the past 12 years, she has walked the Cannes red carpet, been a reality TV star on Bigg Boss and Khatron Ke Khiladi, had her brush with Bollywood and has also cemented her status as one of the highest paid stars of the Indian television industry.

“My journey post ‘Yeh Rishta…’ has been full of surprises and wonderful opportunities. I really got a chance to experiment with the kind of roles I wanted to try out, the kind of mediums I wanted to be a part of and explore other spaces as an actor. I am happy with the projects I have been a part of over the last few years, as each of them has contributed a lot to my personal and professional growth in many ways,” she adds.

Having toplined eight of the 12 years of the show’s run, she has no single memory that has particularly stuck in her mind.

“Eight long years have given me tonnes of memories to cherish for a lifetime. There is nothing I can specifically pick out. Every day on the ‘Yeh Rishta…’ set was a memorable one, and those days gave me some of the best moments of my life,” Hina says.