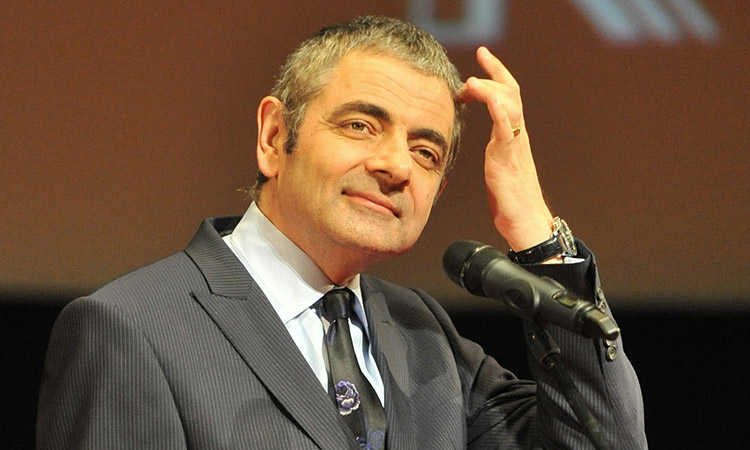 Endearing comic figure Rowan Atkinson is once again in the spotlight, this time for an altogether different reason. It's been a little over 30 years since Atkinson made his eponymous debut  in the pilot episode of the animated TV series 'Mr Bean.' To mark the birthday of the series, a special documentary was aired on ITV on Sunday, January 10.

There are some things that Mr Bean only can do. He is simply a delight to watch.

Like his great comic creation Mr Bean, Rowan Atkinsondoesn’t say much. He likes his private life, I believe, and therefore generally doesn’t talk to the press, who’d only use it as an excuse to invade his privacy just as surely as a mob of Trumpists on a day trip to the Capitol, and with similar desecration to the national monument.

A cosy ITV documentary celebrating the 30th birthday of one of the channel’s most successful series is another matter entirely. Partly because of how rare it is, it’s always interesting to hear Atkinson talk about his work, even in such a tame format, padded with lots of familiar clips, not least when Mr Bean ends up flapping around his bedsit with his head jammed up a turkey, according to the Independent.

Gal Gadot cried while watching her own film Wonder Woman 1984

Priyanka Chopra Jonas wraps up Text For You

As Atkinson explains, Mr Bean is indeed pretty much a slightly exaggerated, non-verbal version of himself – a bit more childish, maladroit and more inclined to take his ingenious answers to everyday dilemmas to their logical absurd conclusion. Hence sticking an armchair on the roof of the famous green Bean Mini, and driving the car from up there (because there’s no room for the chair inside, obviously) – probably the best of the only 14 episodes ever made.

If there is a central driving feature, if you’ll pardon the pun, to the whole Atkinson/Bean phenomenon, it is “perfectionism”. As Atkinson analyses it in the soft, modulated voice we hear so seldom, “it’s not a particularly attractive quality. More a disease than a quality. It’s very debilitating. Very draining.”

The various collaborators gathered for the birthday party agree on Atkinson’s insistence on multiple takes and attention to detail, and his obvious gifts for physical comedy. Fellow writers Richard Curtis and Robin Driscoll thanked heavens that they tripped over Atkinson/Bean, so much so that Curtis calls Atkinson his “brother”. All concerned, including Tony “Baldrick” Robinson and Matilda Ziegler (who played Bean’s girlfriend Irma Gobb) are generous in their praise, with only Angus Deayton pointing out the sad truth that any actor who shared the screen with Bean was necessarily confined to a menu of Bean reaction shots – alarm, surprise, disapproval, and the odd slice of condescension.

Anyway, not long after the 1990 pilot, Bean went global, reaching an audience of 1.2 billion and spawning two films, an animation series, and a famous appearance at the 2012 London Olympics (which Atkinson points out wasn’t Bean at all but another, Beanesque character cultivated from Atkinson’s stem cells). By the late 1990s, Atkinson’s rubbery features were the seventh most recognisable face on the planet, and the size of his fortune can’t be far behind.

The Beanfeast was all about Bean, and therefore Atkinson, which is fair enough. He deserves it. For Not the Nine O’Clock News, Blackadder, Bean, Johnny English, Maigret and much else. Even so, I’d have liked to have seen a bit more about M Hulot and Buster Keaton, who the creators say inspired Bean.