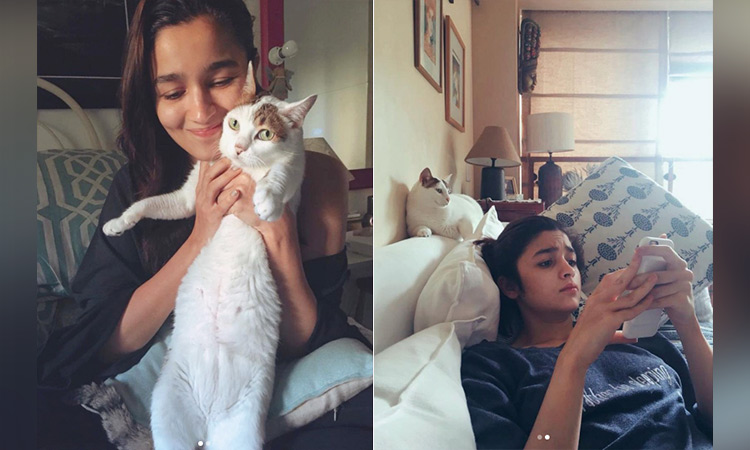 Bollywood actress Alia Bhatt has become one of the most sought after actresses in the industry in recent times.

With good films in her kitty and impeccable performances, Alia Bhatt is considered among the top few actresses in the Hindi film industry.

On Friday  the petite beauty mourned the death of her pet cat Sheeba. 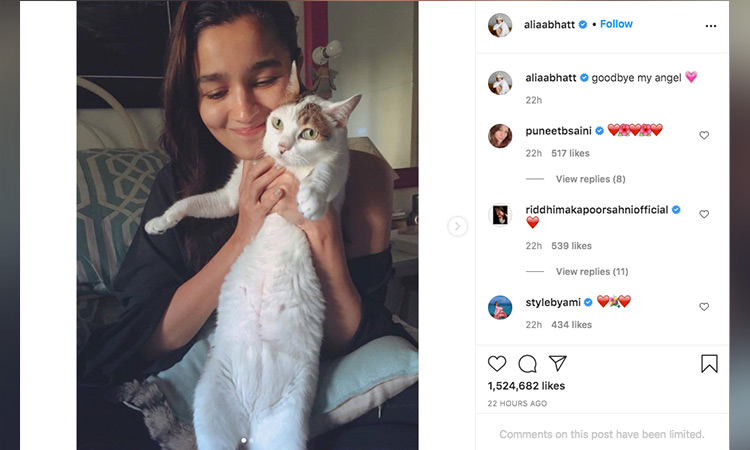 Alia's mother Soni Razdan also expressed her grief: "RIP Sheeba. We named you after the Queen of Sheeba because from day one you had such a regal air.

My mornings will never be the same again. Thank you for the abundance of love you blessed me with Sheebles will miss you so much."

Alia will next be seen in the first installment of director Ayan Mukerji's superhero adventure trilogy Brahmastra. In the film, Alia stars alongside her rumoured boyfriend Ranbir Kapoor, Amitabh Bachchan, Nagarjuna and Mouni Roy.

The actress will also feature in Sanjay Leela Bhansali's Gangubai Kathiawadi, a film reportedly revolving around the life of a brothel owner and matriarch. 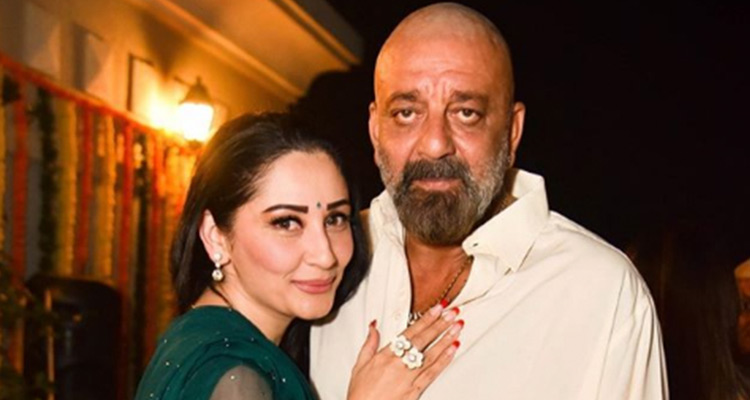