From the highways to the skies: Pakistan's famous truck art will now brighten up aircraft - GulfToday

From the highways to the skies: Pakistan's famous truck art will now brighten up aircraft 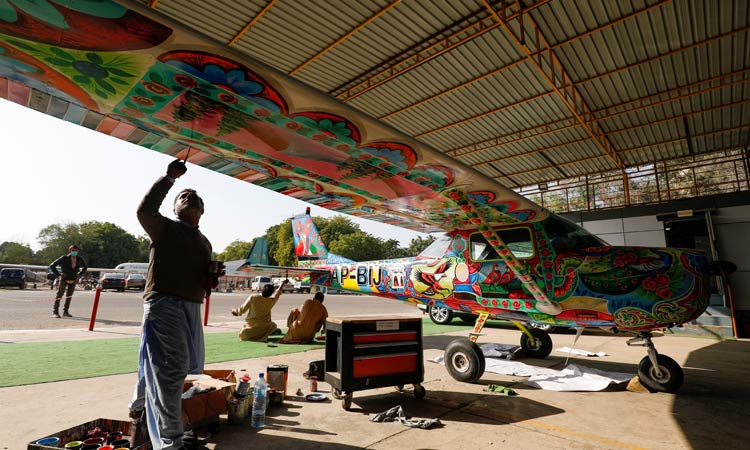 Pakistan's famous truck art will move from its highways to the skies, as a flying academy is painting a two-seater Cessna aircraft with the colourful technique. 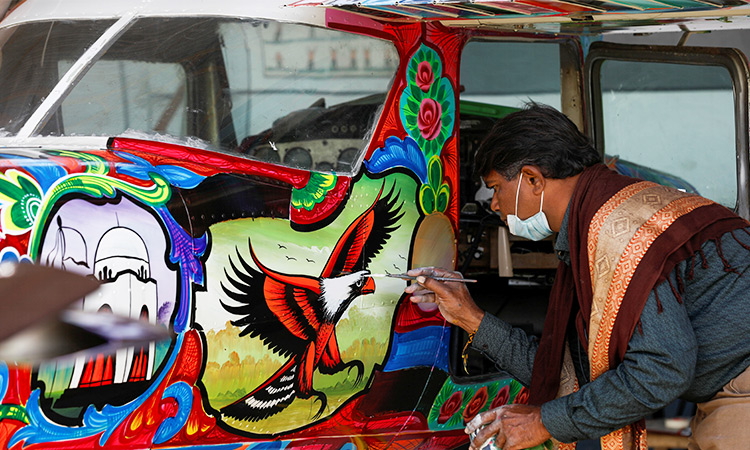 Haider Ali does art on a two-seater Cessna aircraft in a general aviation area at Jinnah International Airport in Karachi.

"We want to show the world that Pakistan is not all about Financial Action Task Force (FATF); it a very diverse country and a land of opportunities,” Imran Aslam Khan, chief operating officer of Sky Wings, a flight training organisation, told Reuters.

He also plans to paint other aircraft, with the aim of promoting tourism in Pakistan. 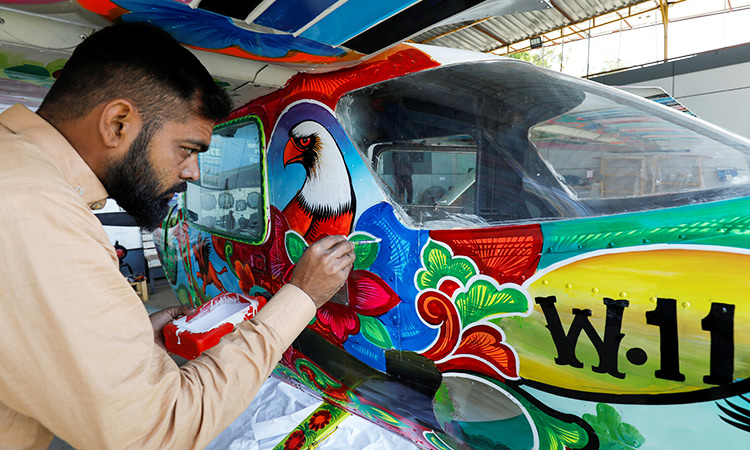 Such art has become one of Pakistan's best-known cultural exports in recent years. UNESCO, for example, has been using truck art, blended with indigenous themes, to promote girls' education in a northwestern Khyber Pakhtunkhwa province.

"The world is familiar with our truck art representation; now, with this aircraft, our colours will fly in the air. We are really excited," Haider Ali, the artist painting the aircraft, told Reuters at the academy's hangar. 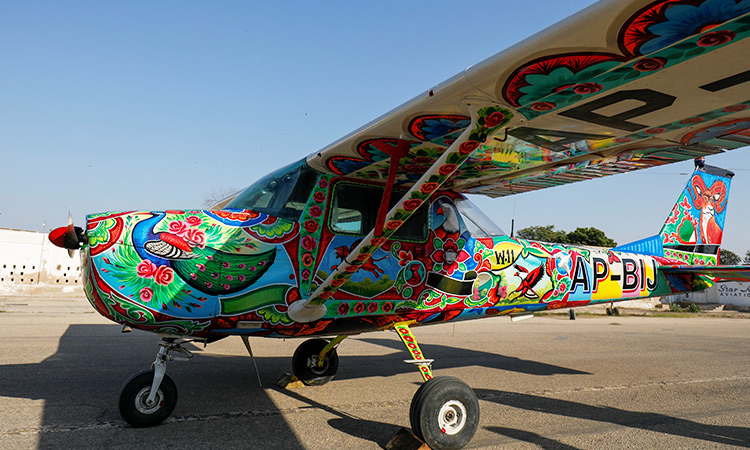 Trained by his father, Ali, 40, has been decorating trucks since his childhood and is now one of the most prominent such painters in Pakistan.

Ali hopes to paint an Airbus or Boeing aircraft in the future, saying an opportunity to work on such gargantuan planes would truly be a learning experience. 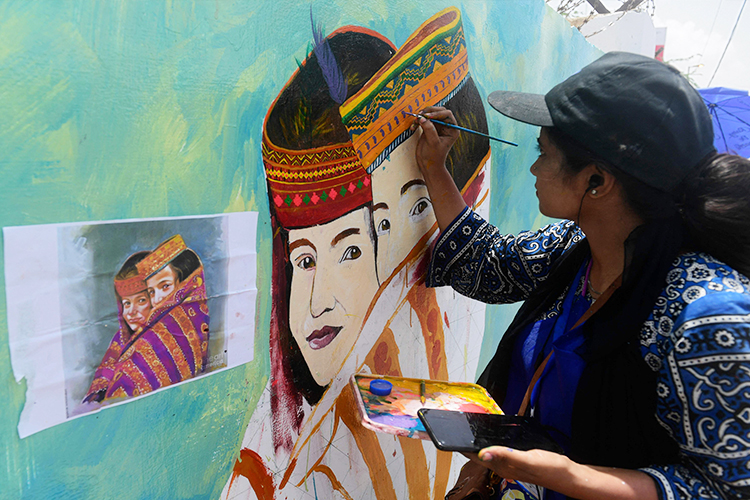 In an interesting attempt to spread hope and positivity to the people of Pakistan, a few local artists decorated the walls of Karachi.