VIDEO: Khorfakkan opens a new chapter of art and entertainment to the tunes of Hussain Al Jassmi and Angham - GulfToday

VIDEO: Khorfakkan opens a new chapter of art and entertainment to the tunes of Hussain Al Jassmi and Angham 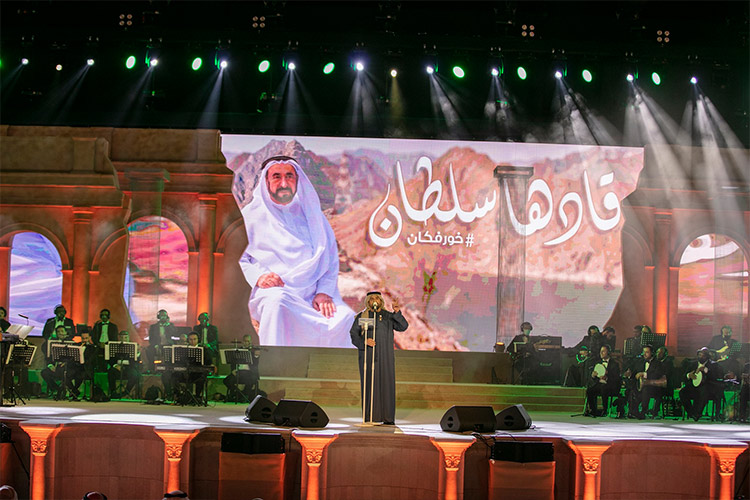 Sharjah’s eastern enclave witnessed a new dawn of art and entertainment last night (December 31) with the new Khorfakkan Amphitheatre reverberating to the music of Emirati superstar Hussain Al Jassmi and singer Angham at the sold-out inaugural music concert held at the Roman-style architectural masterpiece situated on the city's mountains overlooking the iconic Corniche.

A dazzling display of fireworks lit up the skies as hundreds of eager residents and visitors lined up to enjoy a night of enthralling music at the latest cultural landmark in the Emirate, inaugurated last month by His Highness Dr Sheikh Sultan Bin Mohamed Al Qasimi, Supreme Council Member and Ruler of Sharjah.

The enchanting evening began with television and social media personality Lojain Omran welcoming the artists and congratulating Khorfakkan on the latest addition to its landmarks before Angham took to the stage with her popular set-list to the thundering ovation from the eager audience.

Angham's oeuvre was delivered with maestro Hani Farahat and included a wide selection of her hits beginning with the all-time favourite Sidi Wisalak.

Angham’s performance included a tribute to the Emirate of Sharjah. She said: “I am so fortunate to stand amongst you at this iconic landmark that reflects the advancement and culture of this country and its people who love and cherish music and the creative arts.” She wished everybody a happy New Year full of joy and peace. 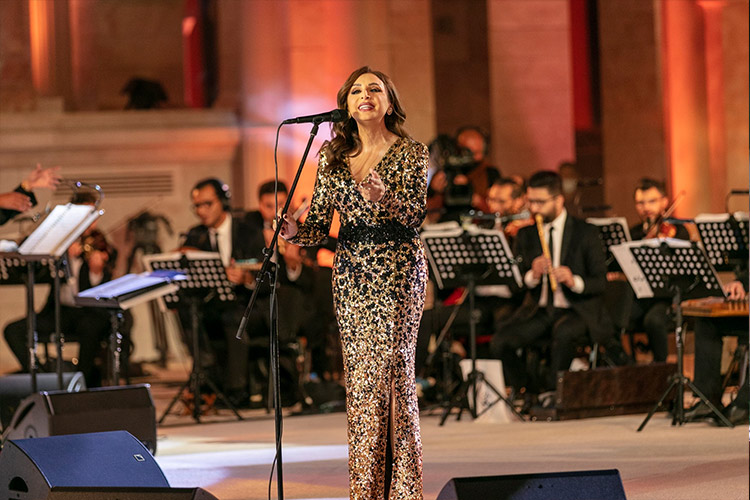 Al Jassmi’s return to his childhood

The Emirati superstar headlined the second half of the concert, entering the stage with a video highlighting his music career playing in the background. He began with A’Az El Nas, a tribute to Sheikh Sultan.

Al Jassmi said: “I cannot describe my feelings being here in Khorfakkan, the city I was born, raised and educated in. This is the city that I spent the best years of my life in, singing on its beaches and mountains before debuting on its radio station. I am overwhelmed, feeling all the emotions a son has for his parents, his friends, and also the pride and joy of an artist carrying the message of art to all people.” 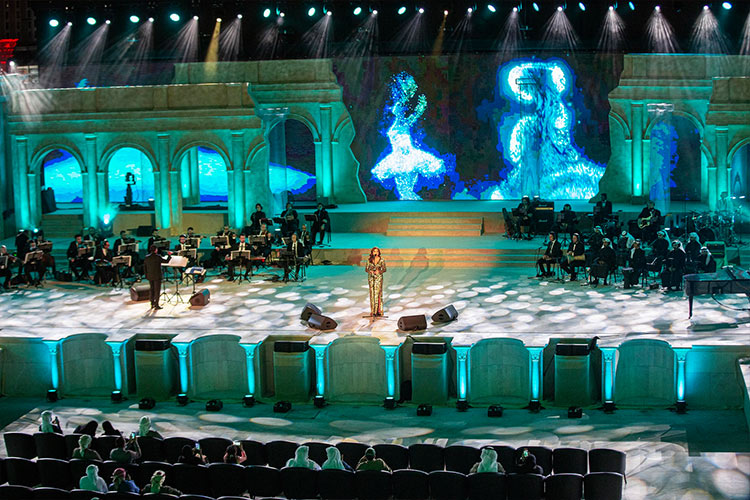 An emotional Al Jassmi continued: “I had a dream that I nurtured for more than 20 years that has become a reality today thanks to the Almighty and the vision of the Ruler of Sharjah, who has converted this city into a beautiful pearl.”

Al Jassmi ushered in the New Year with Taj, based on a poem written by the Ruler of Sharjah.

He took a moment to thank the accompanying band headed by maestro Waleed Fayed, describing their journey together as “A dream from the eighties that came to life by performing in Khorfakkan.” Al Jassmi concluded his performance with Al Shaki, Bawadaak, Ama Brawa, and had the mesmerised audience on its feet with his concluding number, the famous Bel Bont Al Areed. 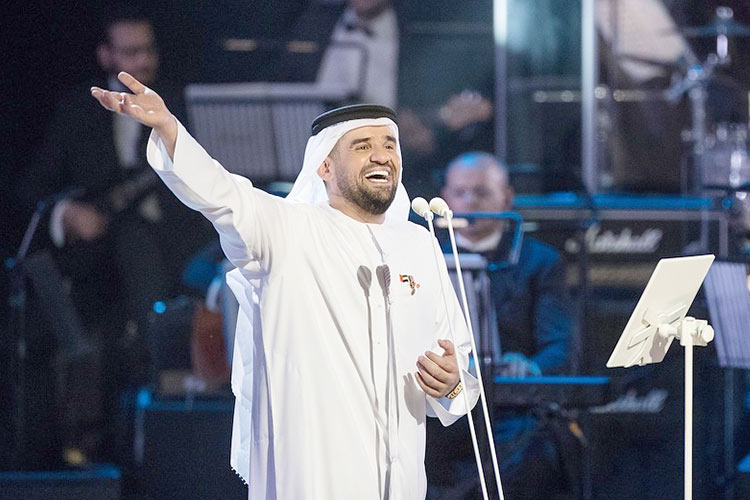