Timelines and topographies step up at The Third Line show - GulfToday

Timelines and topographies step up at The Third Line show 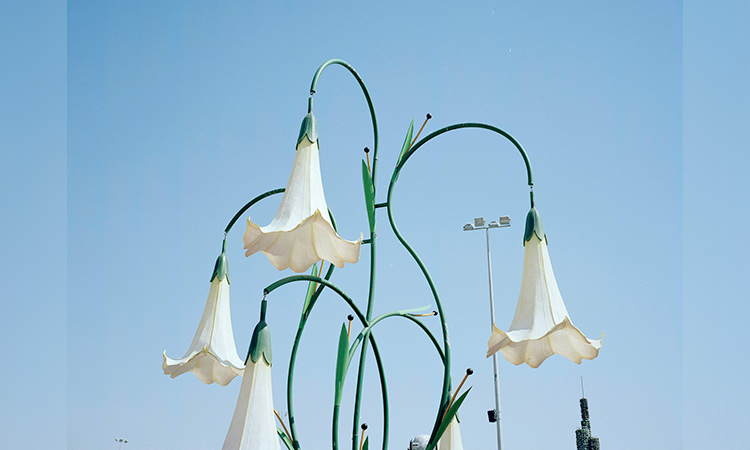 The strange events of this year have had a far-and wide-reaching impact on lives at various levels, and ensued the realisation that being more connected with the rest of the world has also come to mean we are more interdependent.

The current exhibition at The Third Line (till March 2021) titled Ancient Future and The Last Straw, delves into the concept of “unprecedented times” — a buzzword frequently thrown around in emails and news reports during the pandemic — by exploring the dichotomy between ancient and future and interrogating the notions of time.

The works in Ancient Future illustrate the intimate perspective of each exhibiting artist’s personal experience and go on to investigate more universal ideas of documentation, globalisation and the cyclical nature of history, as well as issues concerning humankind’s interventions in its environment.

The works move between fact and fiction, also illustrating a desire to diminish the distance between the viewer and the environment. They mark the construction, destruction and reconstruction of each civilisation and envision the future based on these foundations. 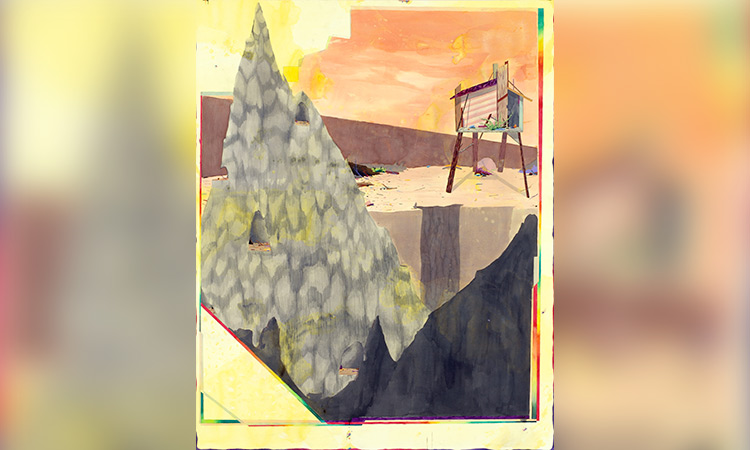 On August 4, 2020, a huge explosion devastated the Lebanese capital of Beirut. The historic city was left in chaos, with shattered glass and debris covering the streets.

In solidarity with Lebanon, The Third Line presents The Last Straw, a display of artworks by Fouad Elkoury and Joana Hadjithomas, and Khalil Joreige, with a selection of their works that feature Beirut at their core.

The exhibition explores themes that are vital to understanding the context of Beirut and Lebanon, such as architecture, history, memory and cultural identity. They also share the common thread of preserving the country’s history through the artists’ individual ways, while responding to its very complex political landscape.

Elkoury’s photographs taken between 1982 and 1995 look at the recurring imagery of destruction and abandoned urban spaces as a testimony to the devastating realities of war-torn Beirut.

His multi-faceted photographic oeuvre combines with the violence of the narrative, which slowly begins to fade into the background and gives way to the artist’s wistful longing for remembrance, suggesting a reconsideration of the notion of inhabitation, its disruption and its transition from hospitable to hostile.

The works are particularly poignant as the recent explosion caused city-wide damages that resembled those of the civil war. Hadjithomas and Joreige’s ‘Trilogies’ are part of their ongoing ‘Unconformities’ project, which has developed over several stages.

Since 2014, the artists have been collecting a series of core samples that reveal the subterranean worlds of three cities omnipresent in their lives: Beirut, Paris and Athens.

The works on paper contain photographs of the cores, partially illustrated, indicating possible histories for the different strata contained in the samples. 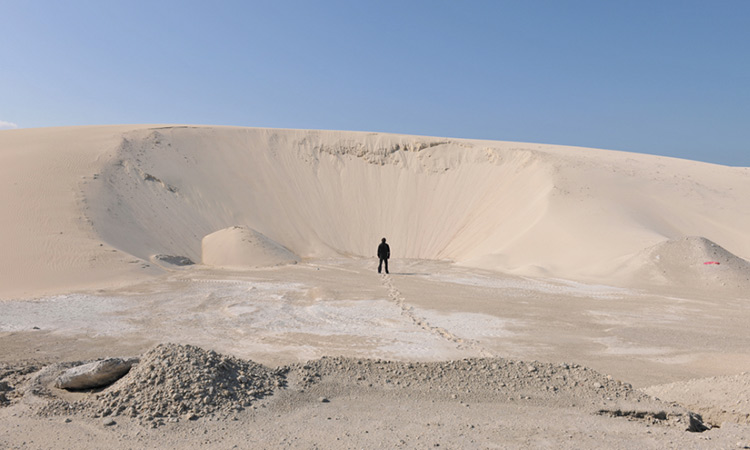 Tarek Al-Ghoussein, (In) Consideration of Myths, No. 1132. Digital print.

Most of all, the works are poignant reminders of the deterioration of cities and stress the effects of time and memory, both as the collective memory of a city and personal memories of the artists.

Ebtekar developed an affinity towards various notions of in-between-ness, which has led him to explore the many spaces and cultures, shared and separated, momentary and boundless.

By developing a vocabulary of narrative and exploration, the artist tries to contest and renegotiate boundaries found in the social and political third space between Western and Middle Eastern cultures.

As the society around her transforms at rapid speed, Gargash investigates how certain aspects of tradition and culture are preserved and others are erased or transformed.

She combines aesthetics of interior design, theatre and museum display in photos that are both nostalgic and forebode the consequences rapid generational change.

In her artwork, Lutfi excavates and makes vocal the silenced voices and marginalised spaces that cross various historical and cultural contexts mapping the politics of her engagement, both as historian and as an artist.

Khorramian’s experimental animations use her own monoprints and drawings as tools for storytelling. Through visualising micro-formations, Naim’s practice dissects how proportion shapes our perception and notion of boundary.

Al-Maria’s primary interests are around the isolation of individuals via technology, the corrosive elements of consumerism and industry, the erasure of history and the approach of a future no one is ready for.

Nabil’s photos evoke the deliciously outmoded feel of the photo-novels that accompanied cinema once upon a time and highlight in each portrait, the extraordinary character of his models, distinguished artists, actors, singers and friends.

Sedira’s photographs and video installation use the perspective of her own experience to frame questions about language, transmission, memory and mobility.

As a Kuwaiti of Palestinian origin, much of Al-Ghoussein’s work deals with how his identity is shaped in a context of inaccessibility and loss. His work explores the boundaries between landscape photography, self-portraiture and performance art.