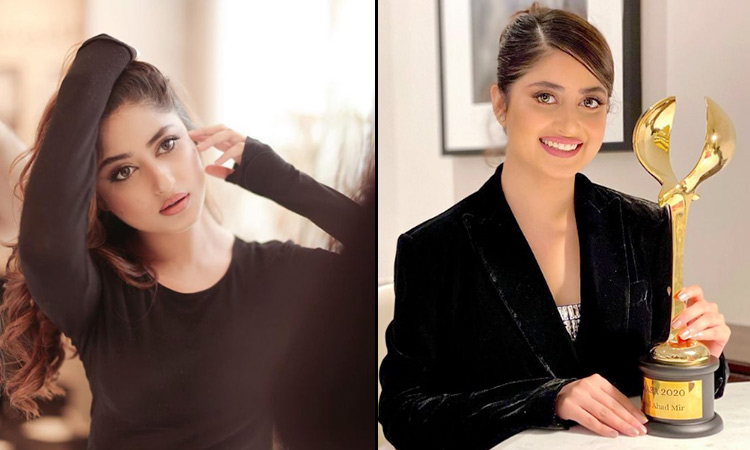 Sajal Ali with the DIAFA award.

Pakistan’s leading actress Sajal Ali received an international award in Dubai for her impressive performances in TV and films.

The fourth edition of the Distinguished International Arab Festival Awards (DIAFA) was held in Dubai with the participation of famous showbiz personalities from all over the world, including Sajal. 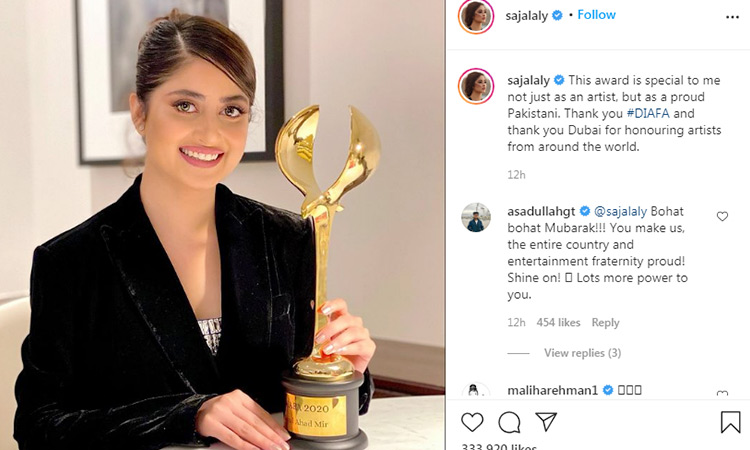 Taking to Instagram, the beauty queen shared a clip of the event while receiving the award. She also shared a photo with her award.

On this occasion, Sajjal Ali said, “This award is special to me not just as an artist, but as a proud Pakistani. Thank you #DIAFA and thank you Dubai for honouring artists from around the world." 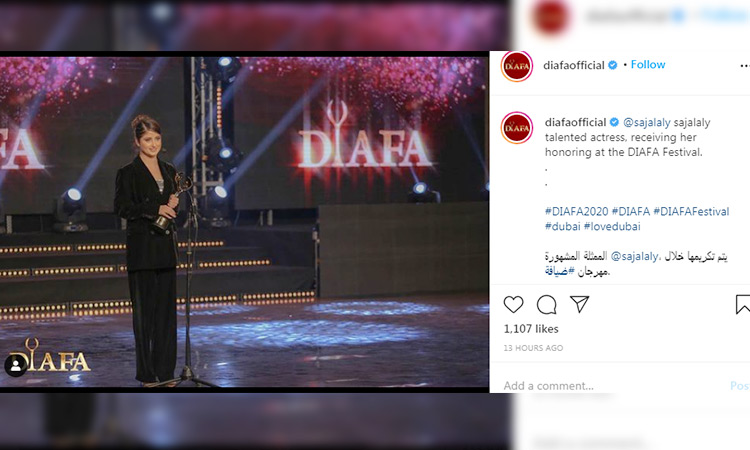 Sajal Ali also said, “I really want to thank to all my fans for believing in me.”

It should be noted that the Distinguished International Arab Festival Awards are held every year in which not only Arab but also international personalities are recognised for their valuable services, achievements and inspiring performances in their art.

The Pakistani talent powerhouse received love and congratulatory messages from fans and fellow showbiz stars after she was given the award. 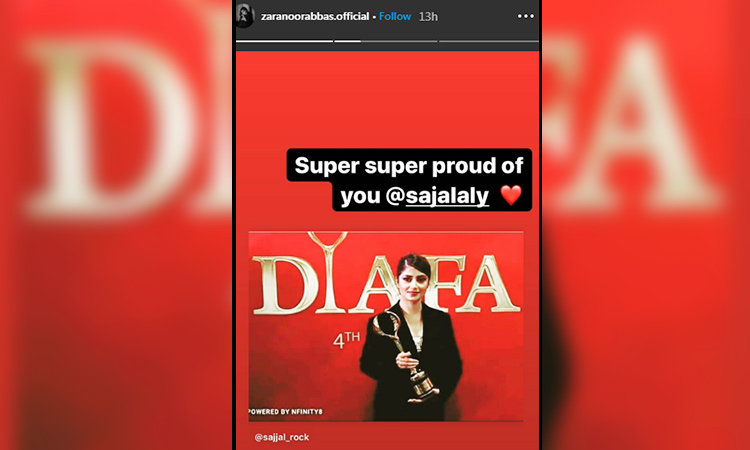 A fan, Asadullah, mentioned her award and wrote, “Many congratulations…. You make the entire country and entertainment fraternity proud! Shine on. Lots more power to you."

Showbiz star and her best friend Zara Noor Abbas shared an adorable photo of Sajal on her Instagram story and wrote, “Super Super proud of you Sajal Ali.”

Sajal Ali made her Bollywood debut starring opposite Sridevi in the 2017 Hindi film “Mom.”