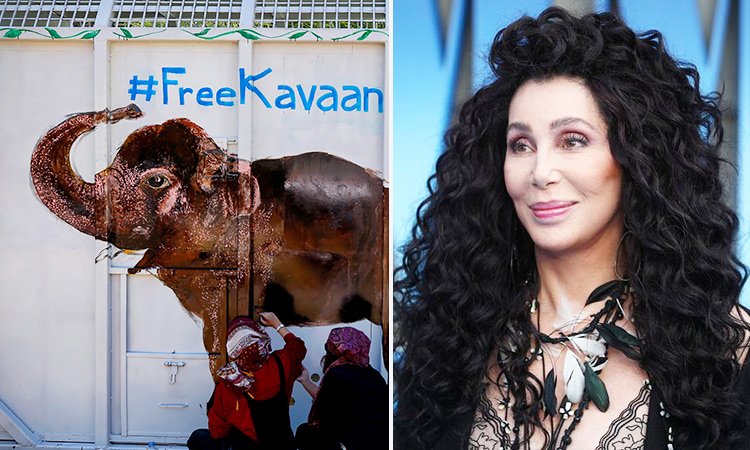 American singing icon Cher had been tirelessly trying to send off the Kaavan, dubbed the lonliest elephant in the world to a Cambodian sanctuary from Islamabad.

The elephant has spent most of his life at an Islamabad zoo. 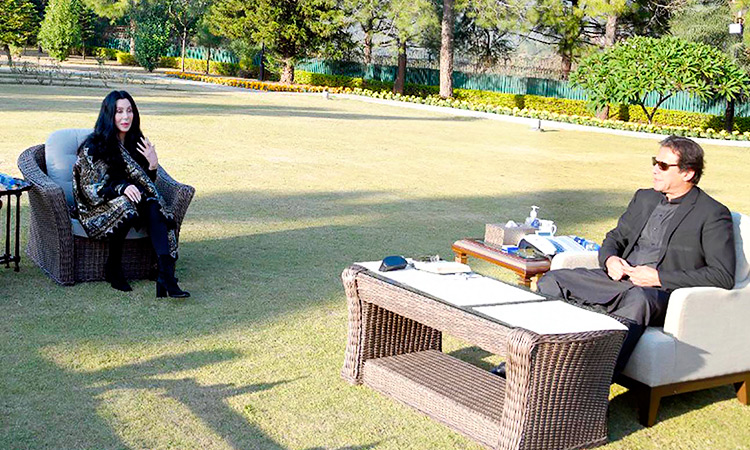 He was living with no companions and was visibly becoming depressed because of lonliness.

Many animal rights advocates started campaigning against this which led to the singer to finally take the step to fly down to make sure Kaavan is saved. 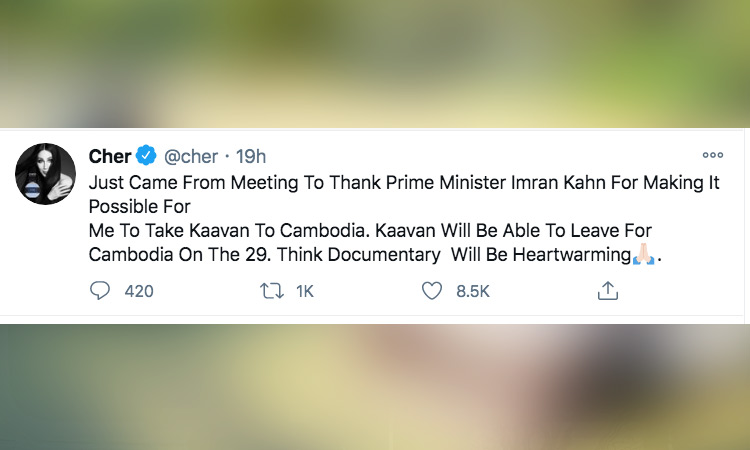 Cher tweeted her thanks after meeting Prime Minister Imran Khan on Friday "For Making It Possible For Me To Take Kaavan To Cambodia".

A statement from the prime minister's office said former cricket star Khan had thanked Cher and invited her to participate further in environmental initiatives in Pakistan. 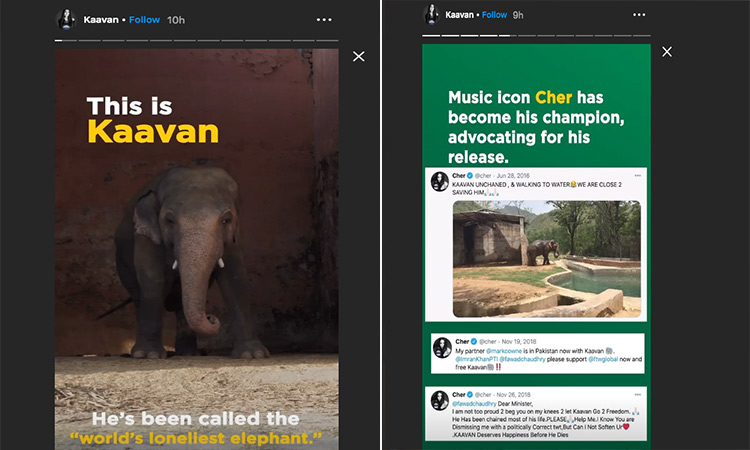 Kaavan will be airlifted to the Cambodian province of Siem Reap.

Wellwishers in Pakistan, including President Arif Alvi, have been saying goodbye to Kaavan this week.