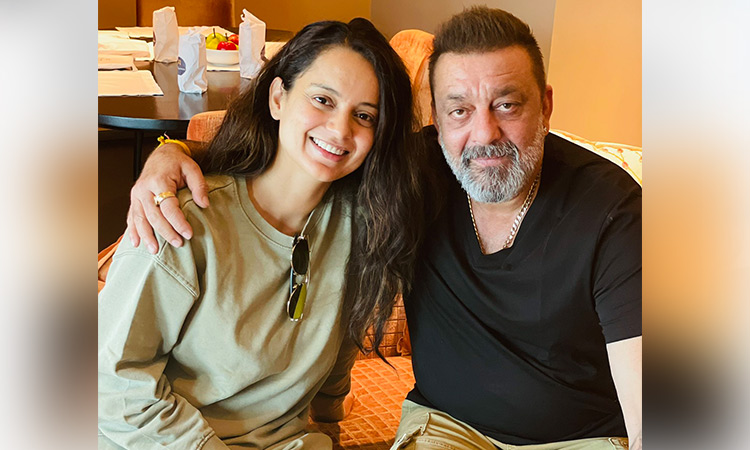 Kangana and Sanjay are seen together in the picture shared on social media.

Bollywood actress Kangana Ranaut took to social media to share how she bumped into actor Sanjay Dutt in the same hotel she was staying in Hyderabad.

Kangana posted a happy picture of the duo with a caption that read she went to check on the actor’s health and his condition when she came to know she was staying in the same hotel. 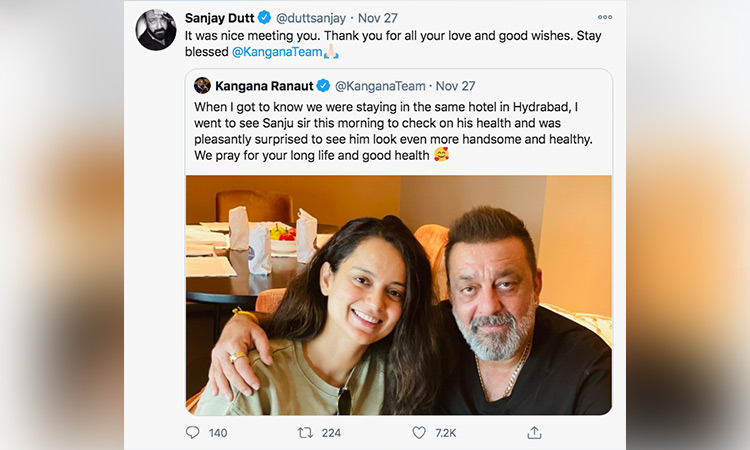 Sanjay recently announced his battle with cancer and how he overcame it.

In response to Kangana’s post Sanjay also took to social media to reply and said:

"It was nice meeting you. Thank you for all your love and good wishes. Stay blessed @KanganaTeam." 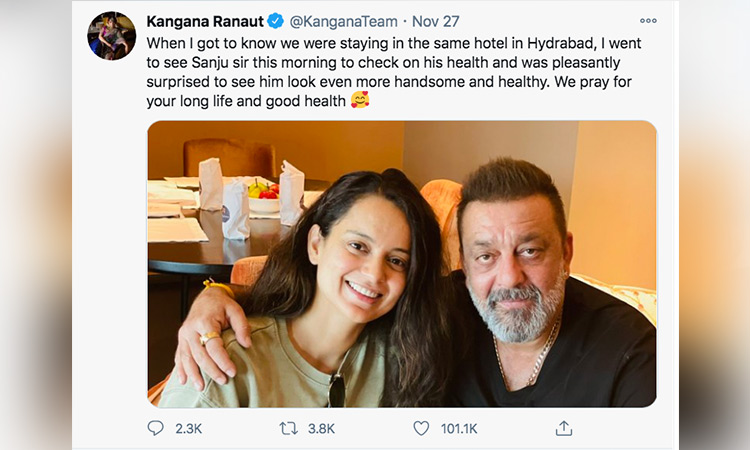 Social media was flooded with comments and accusations at the actress, labelling her a hypocrite for speaking against nepotism and Bollywood mafia but posting a picture with an actor who is a product of nepotism.

"Who is the biggest hypocritical woman in the World @KanganaTeam," a user wrote.

Another user commented: "Today u lost all the respect Kangana. He had no lung cancer, it was a publicity stunt for his movie sadak2.. no stage 4 lung cancer moves so much disease free like he is. Supporting him makes u a loser as well." 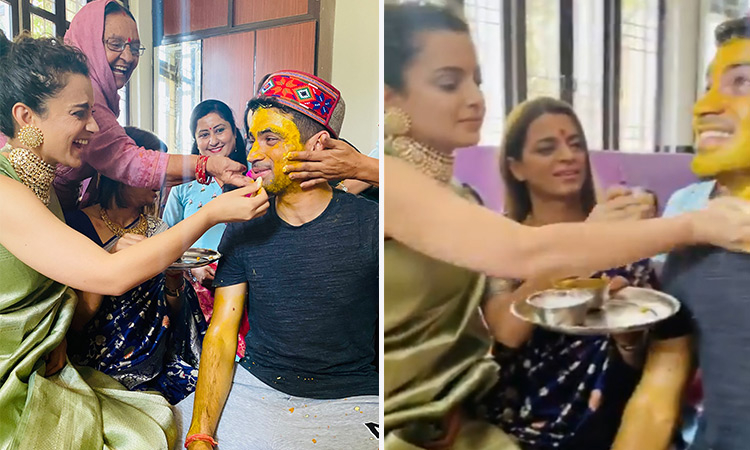 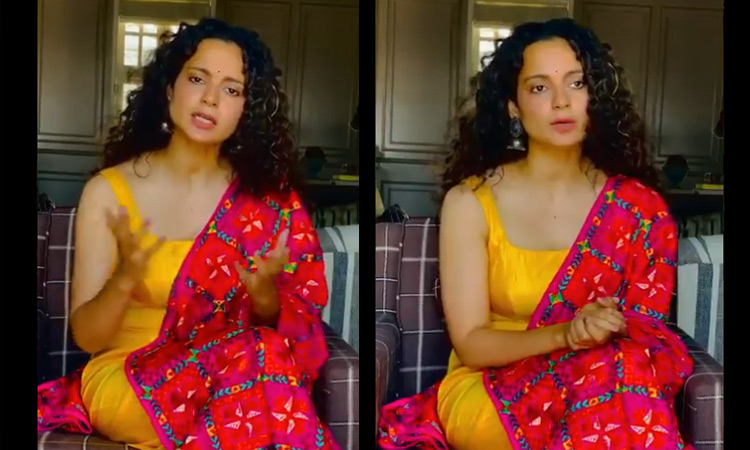 Bollywood actress Kangana Ranaut, known for her controversial comments and involvement in political issues, including the Sushant Singh Rajput suicide case, has now released a new video on social media that has gone viral. 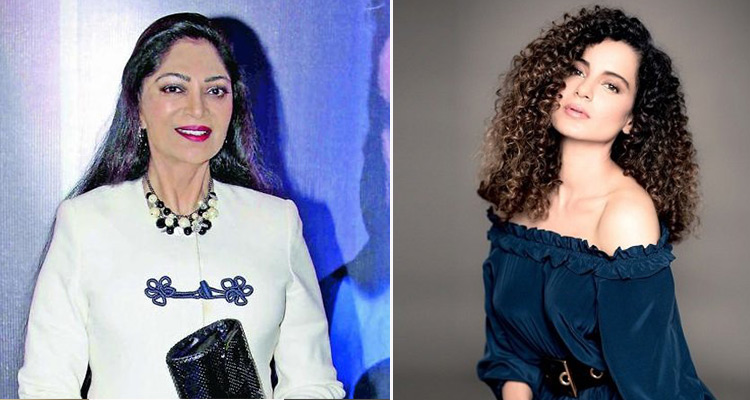