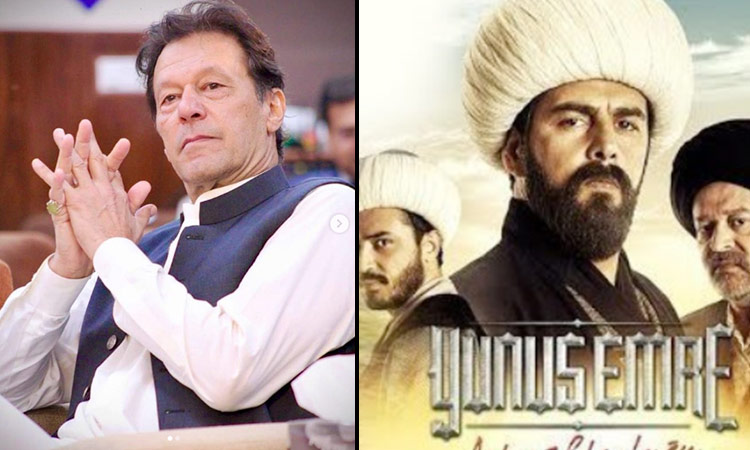 According to Faisal Javed Khan, Imran Khan has another show for the youth to watch.

A trailer for the Urdu version, titled 'Raah-e-Ishq' is already out.

He said “After Dirilis Ertugrul PM Imran Khan wants Yunus Emre to be telecast in Pakistan." 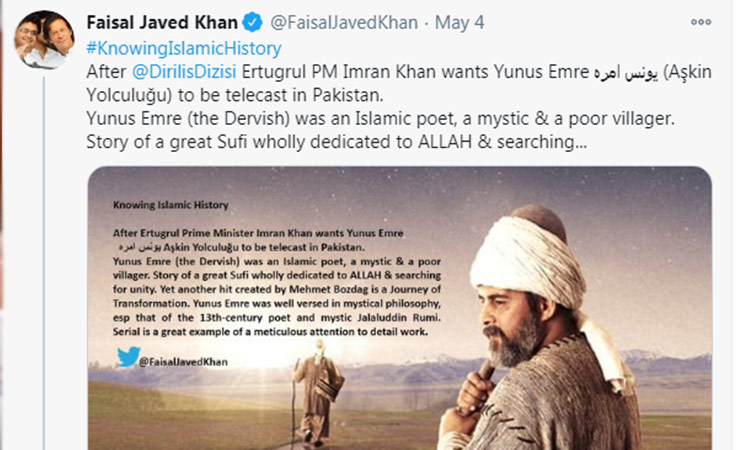 Yunus Emre (the Dervish) was an Islamic poet, a mystic and a poor villager. It is the story of a great Sufi wholly dedicated to Allah.

“Yet another hit created by Mehmet Bozdag is a Journey of Transformation," the senator said on Twitter.

“Yunus Emre was well versed in mystical philosophy, esp. that of the 13th century poet and mystic Jalaluddin Rumi. The serial is a great example of meticulous attention to detail, he added.

“Dirilis Ertugurul,” which is about the making of the Ottoman Empire, has sent fans of the serial wild last Ramadan. It smashed all television records.

The Turkish-made series has earned praise for its focus on historical figures from the Muslim world who have been role models for Pakistani youths, and the Urdu-language version of the show has racked up more than 240 million views on YouTube alone.

The five-season series tells the story of Ertugrul, the father of Osman I who founded the Ottoman Empire, and ruled parts of Europe, Western Asia and North Africa for more than 600 years. 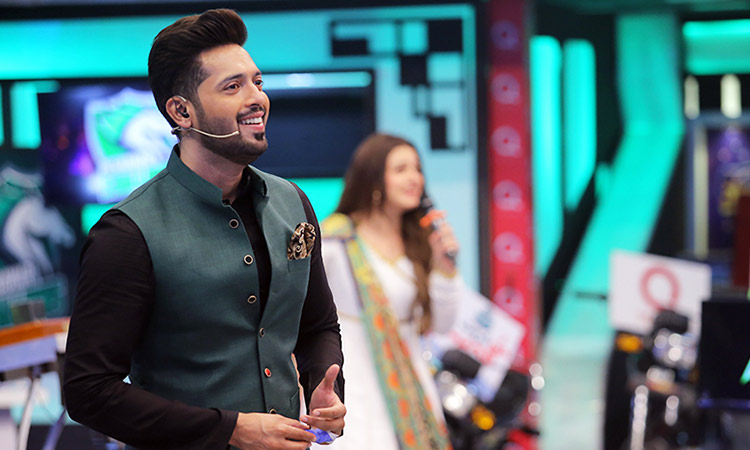 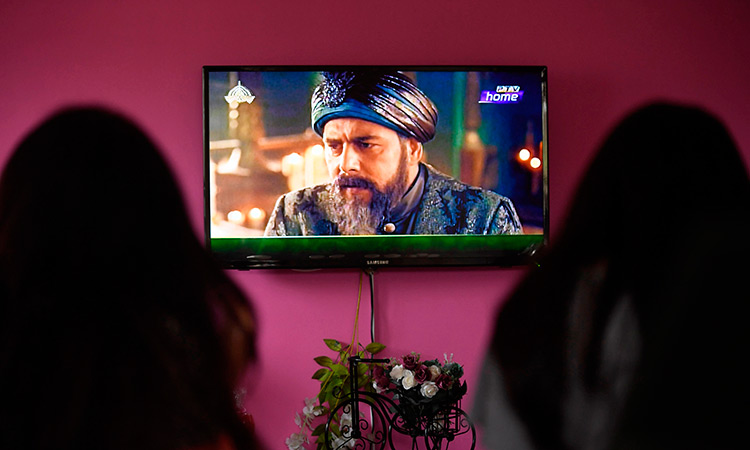 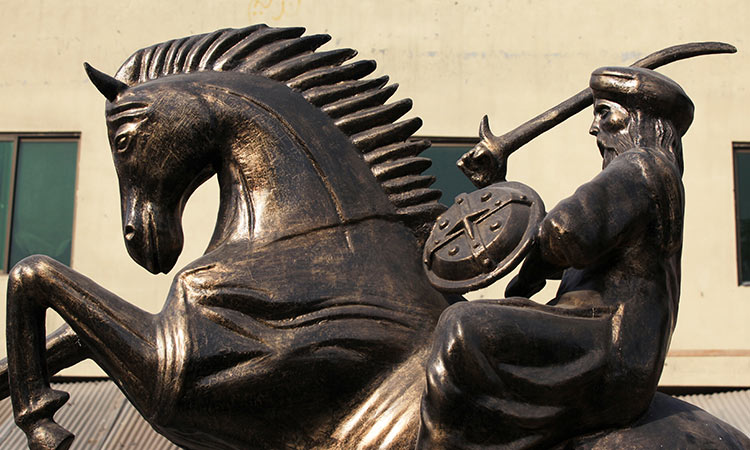 Pakistani broadcaster PTV began airing Urdu-dubbed episodes of the show during Ramadan a few weeks ago, and it has since become the most watched programme ever aired by the outlet.

The retired U.S. Navy admiral has a new book coming out. William McRaven's "The Hero Code: Lessons Learned from Lives Well Lived" is scheduled for April.