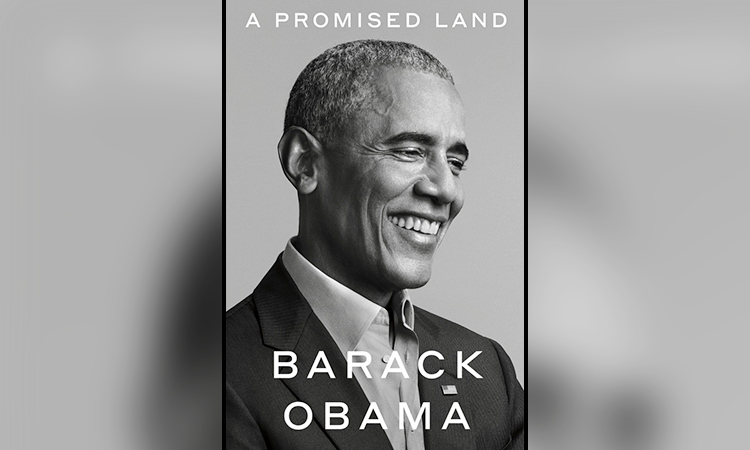 "A Promised Land" by Barack Obama .

Former US President Barack Obama unleashes the West's worst stereotypical picture of India as a country with "all-too-pervasive" violence and politics revolving around "religion, clan, and caste" in his latest memoir and yet in the same breath talks about Sonia Gandhi, a "mother of European descent", emerging as the most powerful politician who is able to appoint Manmohan Singh from a minority as Prime Minister.

"Across the country, millions continued to live in squalor, trapped in sunbaked villages or labyrinthine slums, even as the titans of Indian industry enjoyed lifestyles that the rajas and moguls of old would have envied," he writes in his new memoir, "A Promised Land".

He writes, "Violence, both public and private, remained an all-too-pervasive part of Indian life."

Obama, the son of a Kenyan father and a White American mother, with a sometime Indonesian step-father, pretending to labour under the time-worn cliche of bearing the "white man's burden", in a broad sweep encapsulates the nation in its entirety with these images.

The image of India he offers to his readers is not something he had seen for himself, as he acknowledges not having travelled to the country before becoming president, although "the country had always held a special place in my imagination".

'Snow' is a thrilling read about the abuse of power

"Expressing hostility toward Pakistan was still the quickest route to national unity" in India, he writes.

He writes many Indians take "great pride in the knowledge that their country had developed a nuclear weapons program to match Pakistan's, untroubled by the fact that a single miscalculation by either side could risk regional annihilation".

Obama and his wife reportedly received $65 million as advance from their publisher for their memoirs.

"A Promised Land" ends with 2011 and the next volume is to pick up after that. For that reason Prime Minister Narendra Modi does not figure in the book.

The ascent to Prime Ministership by Singh, a member of "often persecuted Sikh religious minority," he writes, "sometimes heralded as a hallmark of the country's progress in overcoming sectarian divides, was somewhat deceiving". 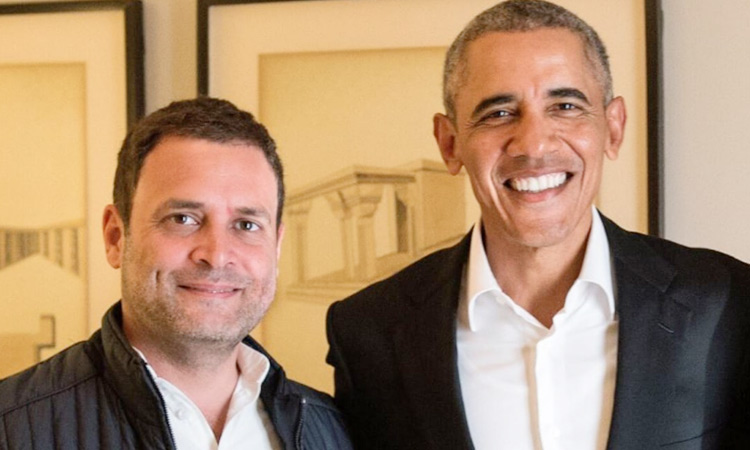 "More than one political observer believed that she'd chosen Singh precisely because as an elderly Sikh with no national political base, he posed no threat to her 40-year-old son, Rahul, whom she was grooming to take over the Congress Party," Obama writes.

Obama describes meeting Sonia Gandhi at a dinner hosted by Singh, calling her "a striking woman in her sixties, dressed in a traditional sari, with dark, probing eyes and a quiet, regal presence".

It was clear, he writes, that the power of the "former stay-at-home mother of European descent" could be attributed "to a shrewd and forceful intelligence".

During the dinner, Obama says that Sonia Gandhi deferred to Singh on policy matters, but tried to steer the conversation to her son.

Obama describes Rahul Gandhi as seeming to be "smart and earnest, his good looks resembling his mother's".

He spoke about "progressive politics," Obama write, "occasionally pausing to probe me on the details of my 2008 campaign".

"But there was a nervous, unformed quality about him, as if he were a student who'd done the coursework and was eager to impress the teacher but deep down lacked either the aptitude or the passion to master the subject," Obama concludes.

He mentions his introduction to India from Indian and Pakistani college friends who had "taught me to cook dahl and keema and turned me on to Bollywood movies".

And, growing up in Indonesia, he writes, he had listened to the Mahabharata and Ramayana.