‘Snow’ is a thrilling read about the abuse of power - GulfToday

‘Snow’ is a thrilling read about the abuse of power 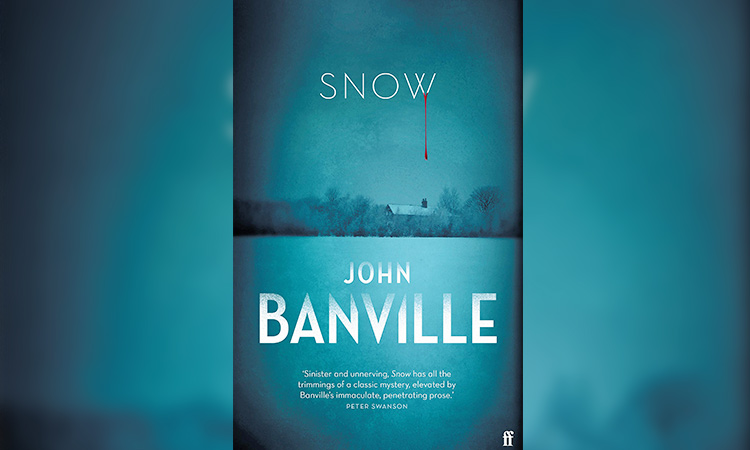 John Banville, who won the Booker Prize in 2005 for “The Sea,” is a master of the sort of immaculate, stylish prose that continues to infuse “Snow,” his eighteenth novel.

Detective Inspector St John Strafford is sent from Dublin to Ballyglass House in Wexford to investigate the savage murder of a popular local priest.

The setting — a decaying country house around Christmas 1957, during a spell of brutally cold weather delivered by a “big-bellied” sky — adds to the atmosphere of a dark, engrossing murder mystery.

Banville injects a knowing playfulness into his tale of “the body in the library,” with sly references to the “costume characters” that Strafford, a subtly drawn protagonist, has to probe in a quest to get to the truth of what happened to Father Tom.

The characters include a feral stable boy, a grumpy housekeeper and, at the centre, the stiff, upper-class Colonel Osborne and his strange secretive children Dominic and Lettie.

What makes the novel so engrossing is that the crime is a starting point for a deft, penetrating study of the elaborate rituals of class and religion in post-war Ireland.

There is a memorable scene when Strafford, who was brought up as a member of the Church of Ireland, crosses swords with Archbishop McQuaid, a sly man, used to organising Catholic cover-ups.

This, “Snow” makes clear, was an era of rampant sadism towards children from Christian Brothers institutions and depraved behaviour from priests who were “a law unto themselves” in post-war Ireland.

As well as a gripping thriller, the novel is a moving portrait of the pain and suffering of victims of abuse in which Banville offers a mirror to our modern age, where abuse at the highest levels can still be covered up.

In “Snow,” Banville has taken a classic crime construct and produced a subtle, incisive novel that is superb to the last drop.