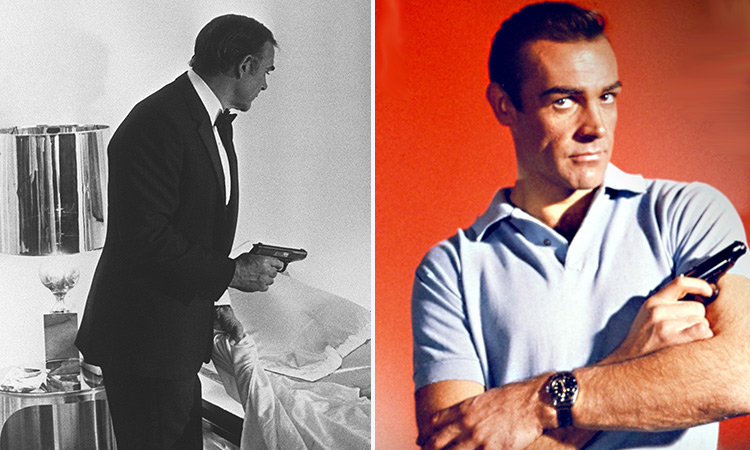 Sean Connery was the first actor to portray 007. He passed away at the age of 90.

Over the years he appeared in 7 Bond films. 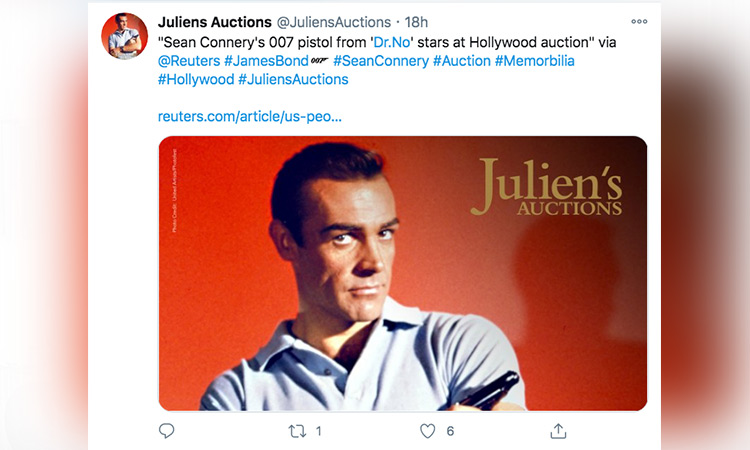 The deactivated handgun prop, one of two used in Connery's debut film, was owned by the original movie's armorer until it was sold off in a 2006 auction.

Connery has been known for his debonair and swashbuckling personality. 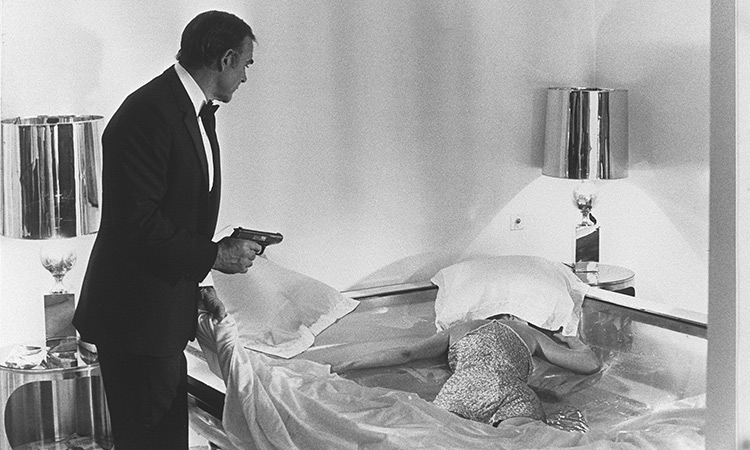 A scene of Connery using the pistol in a James Bond film.

It will be one of more than 500 items in the "Icons & Idols TRILOGY: Hollywood" auction held in Beverly Hills and online on December 3.