Whitney, B.I.G and others inducted into Rock Hall - GulfToday

Whitney, B.I.G and others inducted into Rock Hall 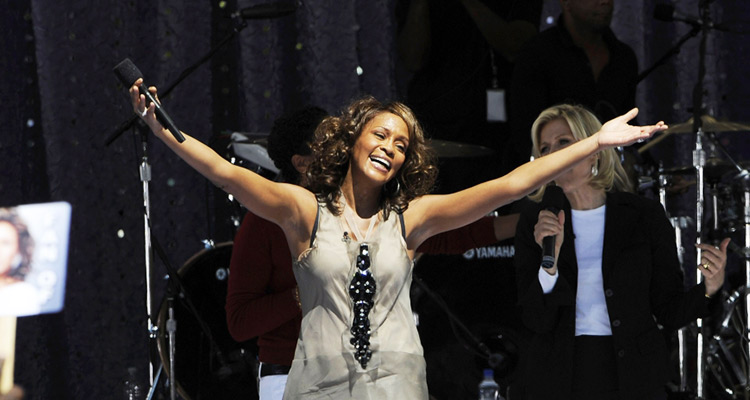 Normally, the tradition of Rock and Roll Hall of Fame ceremony is for the newly inducted to perform the popular song that earned them a space in the organization on stage, but it is 2020 and things are far from normal.

Due to the pandemic, this year’s induction was taped as opposed to a live broadcast. The HBO special recording told the story of Whitney Houston, Notorious B.I.G and the Doobie Brothers’ rise to fame. The heavy influence of acts like Nine Inch Nails, T.Rex and Depeche Mode was not left out in the recording.

Alicia Keys, Grammy-winning singer gave an astounding speech as she inducted Houston into the Rock Hall.

"We all know what a miraculous singer Whitney was, perhaps the greatest voice of our all-time. We all know how her unprecedented success brought Black women into the absolute highest reaches of the music industry’s pantheon,” said Keys, who wrote a song for Houston’s last album. "We all know that her music will live forever - that music, that everlasting voice is her final generous gift to us. And she will now be one of the brightest lights ever to shine in the Rock and Roll Hall of Fame.”

Houston, the legendary musician passed away in 2012 at the age of 48. Her debut album was released in 1985, recently she became the first Black artist to have three diamond-certified albums.

Australian artist makes a mural of a water diviner, who looks like Prince Harry on a grain silos

He was inducted by his close friend and collaborator Diddy, who gave a heartfelt speech.

According to Diddy, nobody has come close to the way Biggie sounds, to the way he raps, to the frequency that he hits.

The honour was accepted by his son and daughter, C.J. and T’yanna Wallace.

British band T. Rex, popularly known for its 1970s hit ‘Bang a Gong(Get it On)’ and ‘Jeepster,’ were inducted by Ringo Starr.

"As I reflect on this incredible honor of my dad and his band being inducted into the Rock and Roll Hall of Fame, I think about how I really didn’t have a chance to know him very well. He was taken away from all of us so early in his life,” Rolan Bolan said. "I discovered his music pretty much the same way you have - through my eyes and ears.”

T. Rex, Houston, B.I.G. and the Doobie Brothers were inducted after being on the ballot for the first time.

Despite the uncertainty of this year, it has been a good one for the Nine Inch Nails. Their induction into the Rock and Roll Hall of Fame came two months after Trent Reznor and Atticus Ross won their first Emmy.

Oscar-winner Charlize Theron inducted Depeche Mode, whose biggest influence came in the 1980s when their post-punk, synthesizer-dominated music made the Brits a favourite of the goth subculture. Theron thanked the band "for being the soundtrack of my life.”

The Rock Hall’s annual induction ceremony was originally scheduled in May at the Public Auditorium in Cleveland, the city where the rock museum is located.