Shah Rukh Khan celebrates his birthday in Dubai with his family, drops a heartwarming video for fans - GulfToday

Shah Rukh Khan celebrates his birthday in Dubai with his family, drops a heartwarming video for fans 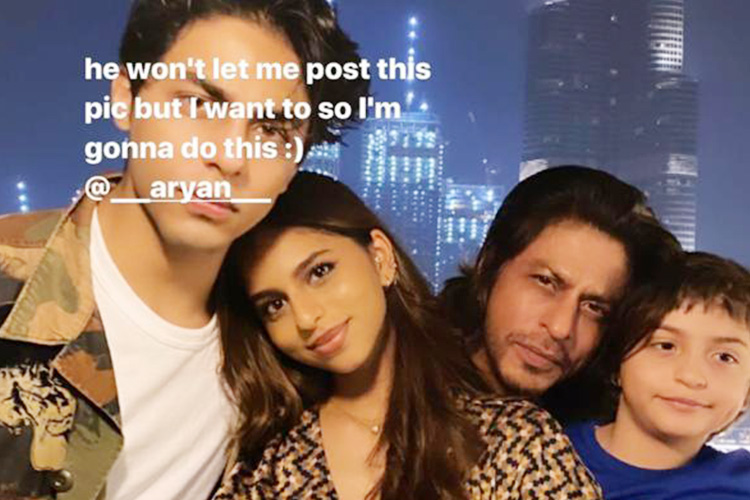 Shah Rukh Khan poses with his children at the backdrop of the iconic Burj Khalifa.

Khan’s daughter, Suhana Khan posted picture on Instagram on Tuesday posing with her father and brothers Aryan Khan and AbRam Khan, and social media is loving it. 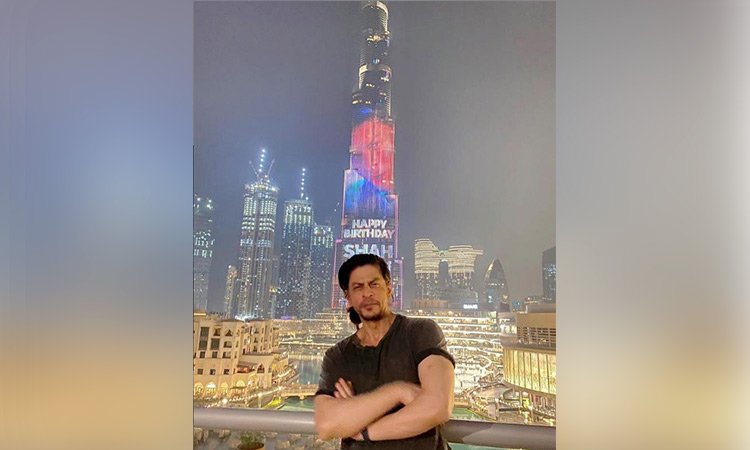 Shah Rukh Khan stands against the backdrop of the iconic Burj Khalifa.

Suhana strikes a pose standing between Aryan and Shah Rukh Khan while the superstar holds AbRam.

The Burj Khalifa can be seen in the backdrop.

On Aryan's face, Suhana has keyed in this message: "He won’t let me post this pic but I want to so I'm gonna do this :) @_aryan_"

She also mentioned:"Fam time" along with a cake and smiling emoji.

The Dubai authorities honoured the star by displaying his image on the world’s tallest building and a birthday wish on the outer wall of Burj Khalifa. 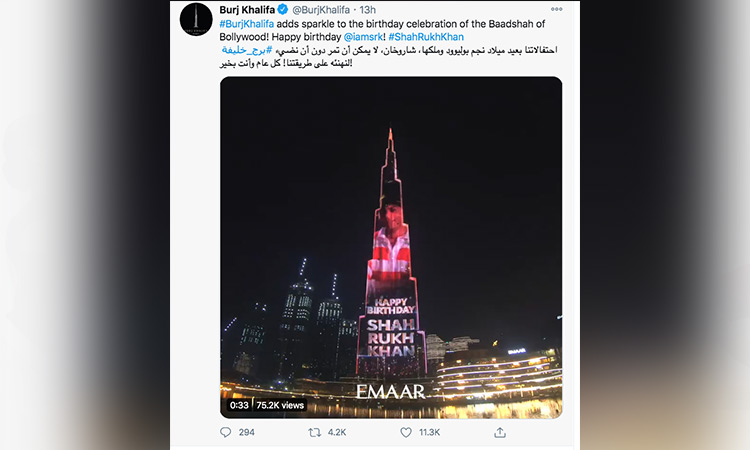 Shah Rukh shared a heartwarming video on social media thanking fans for showering him with love on his birthday.

In his video, the actor said: "Hi everybody, this is to thank you for all the wonderful wishes that I have been getting on social media and how much love you guys are spreading... to all the loving fans and all the boys and girls."

Shah Rukh Khan, in his video, also promised fans to get together for a "bigger and better party" next year, saying "56 is better than 55".