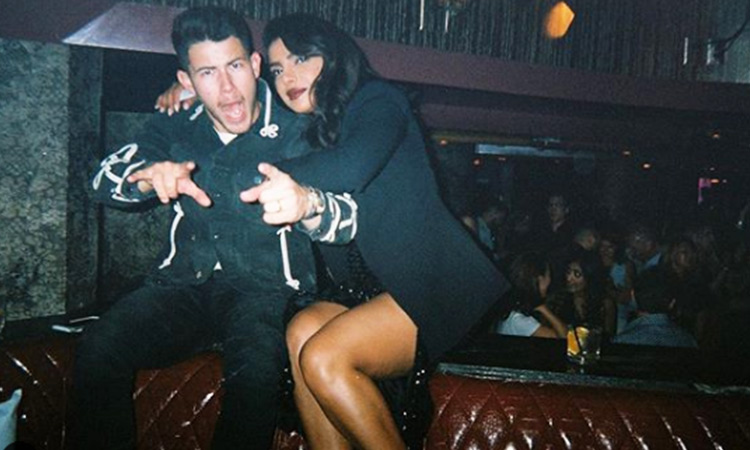 A throwback picture of the couple shared by Nick Jonas on social media.

Sharing a flashback picture of the two, dressed in black, Nick wrote a short note expressing how lucky he is.

"How lucky am I? #flashback," Nick wrote on Instagram, along with heart-eyed emojis. 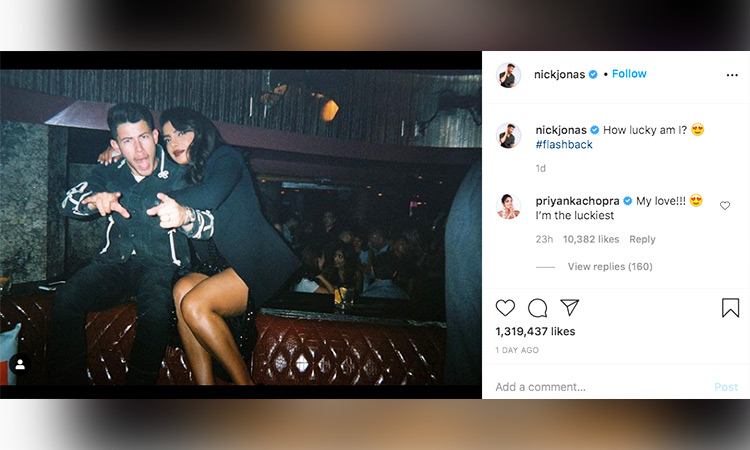 The Bollywood actress and the Quantico star Priyanka Chopra wrote: "My love! I'm the luckiest."

The duo are often displaying some cute PDA posts for fans and followers.

Nick Jonas celebrates first Holi with his wife in India

The beautiful actress and the talented pop star tied the knot in December 2018 with a grand ceremony for friends and family.

On the work front, Priyanka will next be seen in the film adaptation of "The White Tiger", which she has also executive produced, and "We Can Be Heroes", directed by Robert Rodriguez.

She is currently developing an untitled comedy with Mindy Kaling and Dan Goor, and also working on Russo Brothers' "Citadel" and "The Matrix 4".