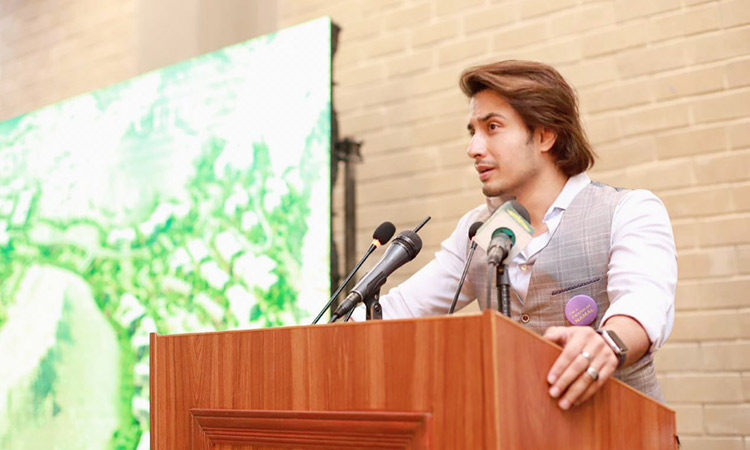 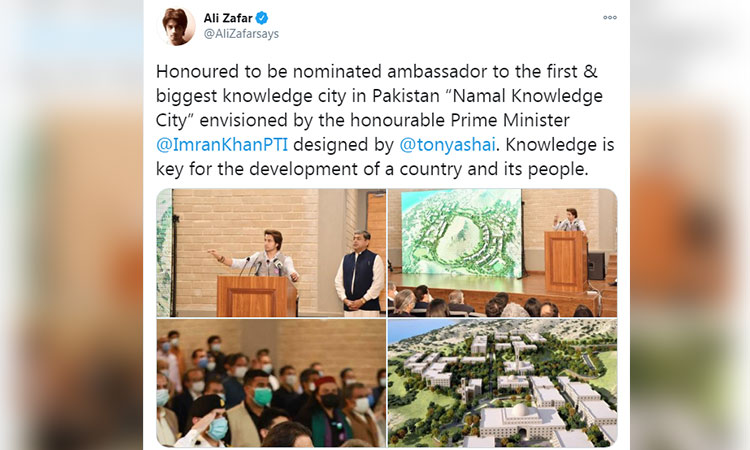 “Honoured to be nominated ambassador to the first & biggest knowledge city in Pakistan “Namal Knowledge City” envisioned by the honourable Prime Minister @ImranKhanPTI designed by @tonyashai,” informed the celebrity in a tweet from his official handle. 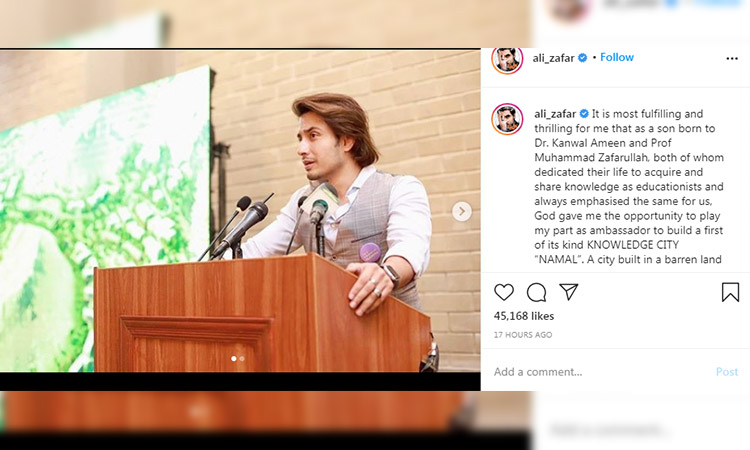 He also said that “It is most fulfilling and thrilling for me that as a son born to Dr. Kanwal Ameen and Prof Muhammad Zafarullah, both of whom dedicated their life to acquire and share knowledge as educationists and always emphasised the same for us,’ God gave me the opportunity to play my part as ambassador to build a first of its kind KNOWLEDGE CITY “NAMAL”.

“Nothing is a coincidence. Thoughts manifest reality”. 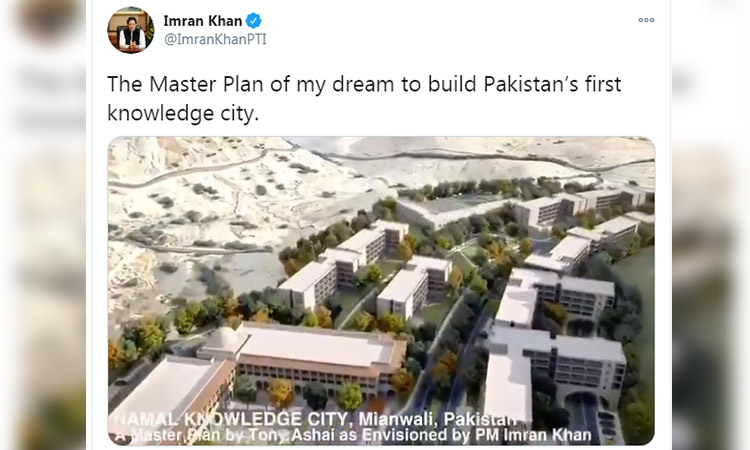 The Prime Minister also shared on his twitter account ‘the master plan of my dream knowledge city,’ the major construction of which is expected to end by 2027.

It is the first project in the country which will bring together knowledge workers from all over the world, according to Namal City Website.