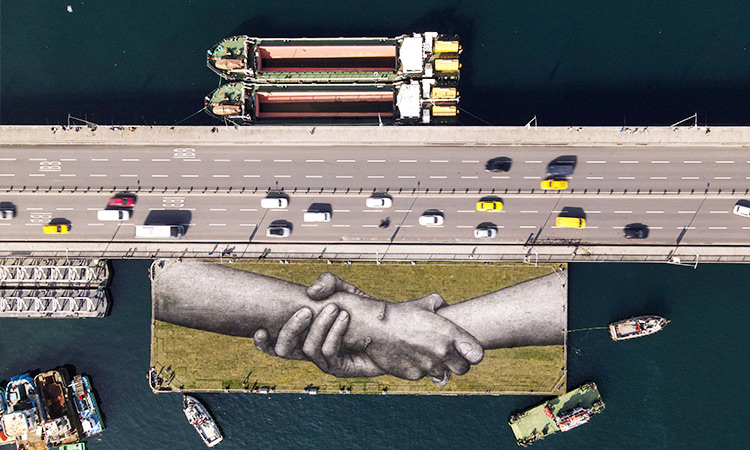 The artist Saype, whose real name is Guillaume Legros unveils three massive land-art productions in Istanbul, as a part of his "Beyond Walls" project in which he paints giant intertwined hands to symbolise "the largest human chain" around the world. 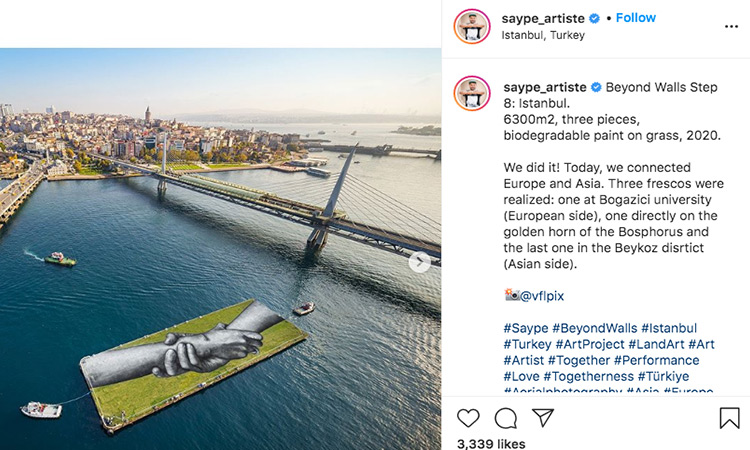 Istanbul is the eighth step of the project initiated in June 2019. 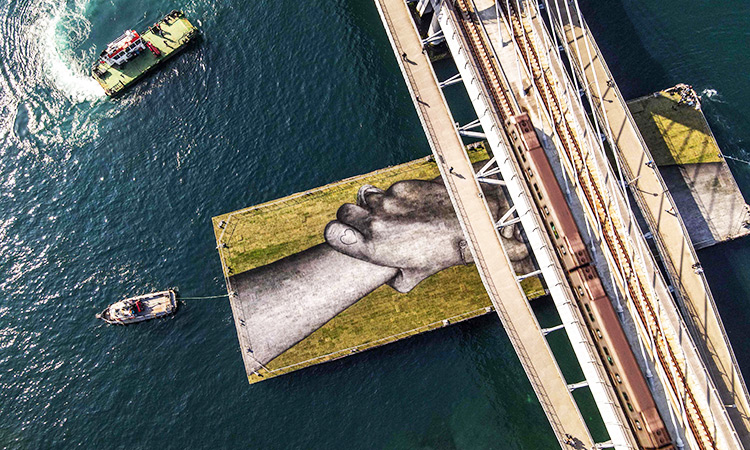 Made with biodegradable paint on grass, his stunning artwork has captured the hearts of millions.

Three frescos were realized: one at Bogazici university (European side), one directly on the golden horn of the Bosphorus and the last one in the Beykoz disrtict (Asian side). 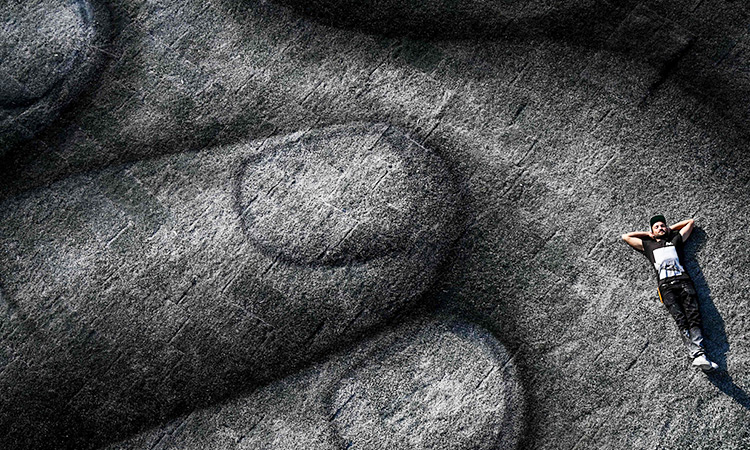 This aerial photographs shows the giant biodegradable land art painting by the) representing two hands clasped together on a 80-metre-long floating barge on the Bosphorus Golden Horn in Istanbul.

Thousands of prints by popular London street artist STIK that he wanted to give to his local community as a gesture of solidarity during the COVID crisis have been stolen, the Metropolitan Police said on Tuesday.