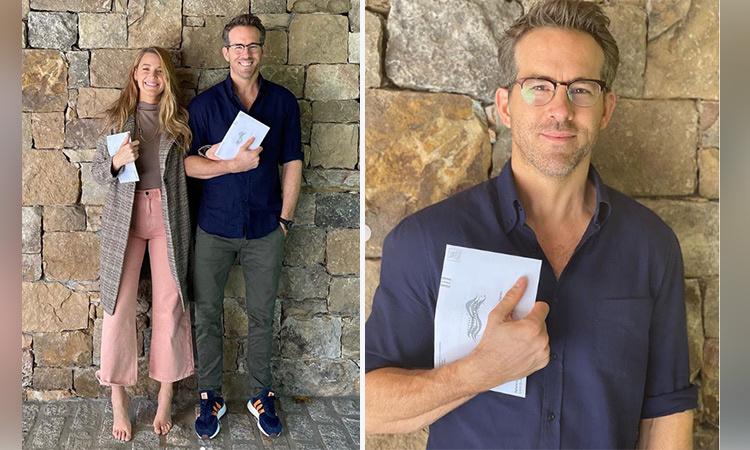 The actor shared the update on Instagram page. "This is my first time voting in America. I'd like to thank my wife Blake for making my first time so gentle and loving. It was super scary at first, then exciting and now I'm a little tired. But proud. #VoteEarly," Reynolds wrote alongside a picture of him and Lively with their election ballots.

In the image, the "Deadpool" star keeps things casual in button down with sleeves rolled up and trousers. Lively wears a plaid coat with a turtleneck.

"It was Ryan's first time. He was understandably scared. It all happened so fast. Like, really fast. He wept. I pretended to weep. Then he called all his friends," Lively wrote sharing the same pictures, but with one difference. 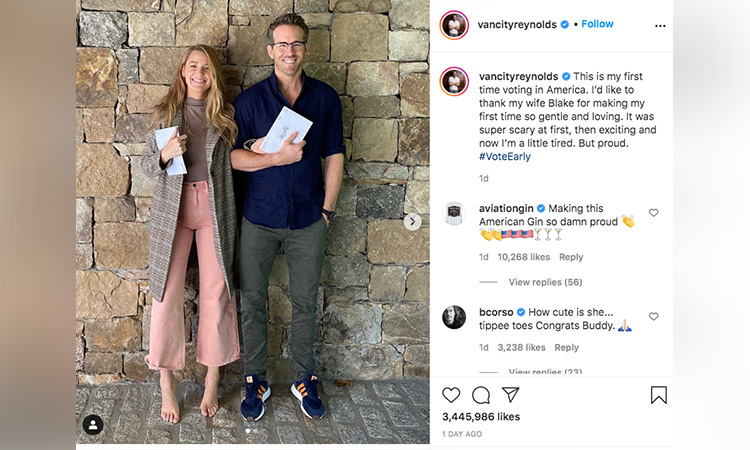 In her image, she had drawn heels on her bare feet.

"Can you tell I was so happy to get outta a onesie and vote. Sure it was an absentee drop off ballot with a mask covering my look. But dammit I exercised my right to vote. And to not wear shoes that ruined my outfit," she wrote.

Reynolds also shared the photo, on which his wife had doodled brown boots on.

In another image shared on Instagram, Lively drew on a pair of brown boots and tagged Louis Vuitton.

Reynolds, who reportedly became an American citizen in 2018, shares three children with Lively. They are Inez, four; James, two; Betty, one.