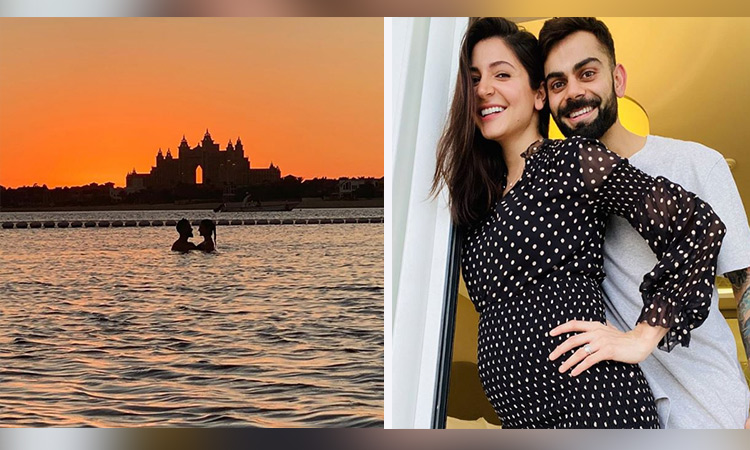 Virat Kohli and Anushka Sharma are seen enjoying a sunset in UAE.

The team has so far won six games out of the nine they have played and are placed at the third spot in the points table.

Secondly, he is about to become a father and his better half Anushka Sharma is there with him in the United Arab Emirates.

On Sunday, Kohli shared a picture with Anushka on Instagram clicked by his RCB teammate AB de Villiers. In the photo, the star couple can be seen taking a dip in the sea and gazing lovingly into each other's eyes. 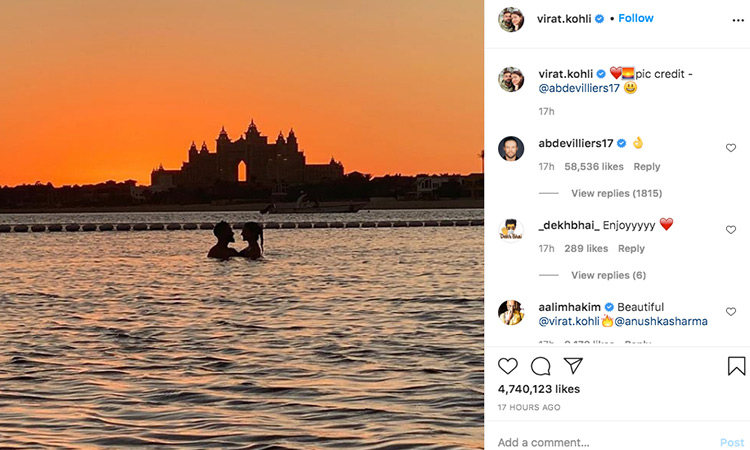 The 31-year-old simply captioned the photo with the red heart icon and sunset icons.

Within minutes of the post, compliments started pouring in. "Everything in this picture is so perfect," wrote one of the fans. "Relationship goals," wrote another.

In the previous IPL matches, Anushka has been spotted cheering for her husband from the stands.

Virat and Anushka are expecting their first child in January next year. They shared the happy news in August, along with the caption, "And then, we were three! Arriving Jan 2021."

RCB are next slated to take on Kolkata Knight Riders on Wednesday.