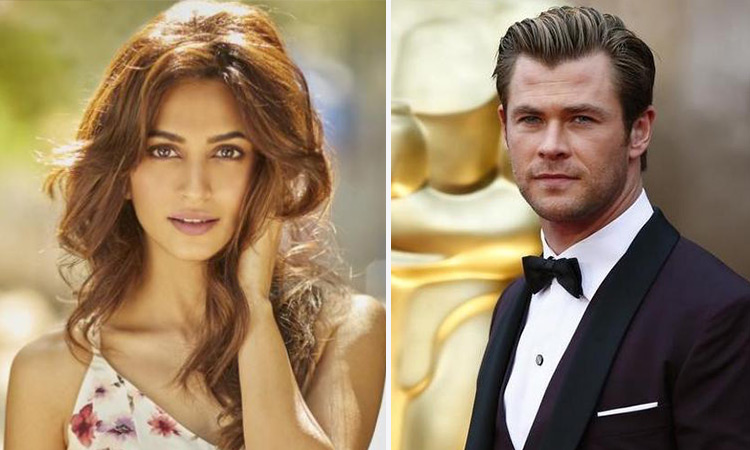 Chris Hemsworth and Kriti Kharbanda come together for a webisode on holistic wellbeing. The interactive session will take place on Thursday.

"The second webisode details on how @ChrisHemsworth achieves holistic wellbeing with a unique yet simple approach. The approach involves three key elements that changed Chris's life forever. But what are those three elements?" Kriti wrote on Instagram.

Hemsworth is the international brand ambassador for an Australian wellness brand while Kriti had done an event with the brand earlier this year.

On the work front, Hemsworth will star in the "Mad Max" prequel, "Furiosa". 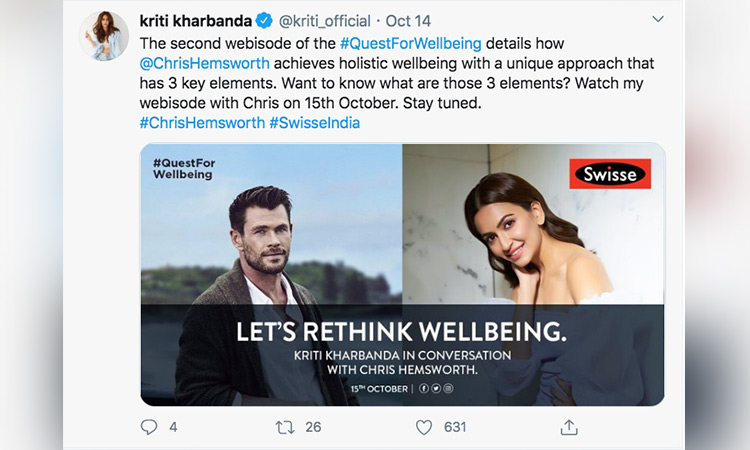 Announcing the news on Instagram, Hemsworth wrote: "Pretty damn fired up to be a part of a franchise that meant the world to me as a kid growing up in Australia. Mad Max was the pinnacle and a huge reason why I got into the business of telling stories.

The fact that I'll have the honor of not only being directed by its original visionary in George Miller but also take part in Furiosa's origin story is incredibly exciting. Huge respect to George, Mel, Charlize, Tom and all the cast and crew who helped build this epic world."

Kriti on the other hand, is looking forward to the release of Bejoy Nambiar-directed multistarrer revenge drama "Taish".