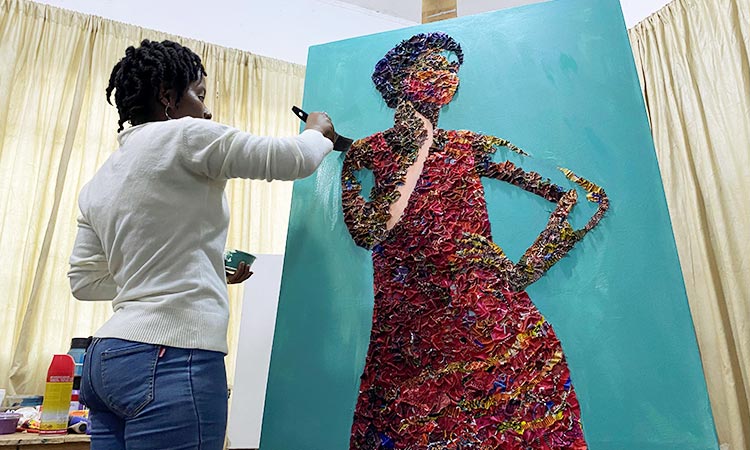 Marcellina Akpojotor weaves past thumping sewing machines, and leaves a Lagos shop with a bag brimming with discarded fabric. The colourful pieces, which would typically be burned or thrown into the Nigerian city's lagoon as waste, find a second life in the hands of the artist.

Akpojotor, 31, creates portraits using discarded pieces of ankara, a brightly coloured African fabric that is ubiquitous from the slums of Lagos to high-powered meetings in the capital, Abuja. She says the meaning of the cloth helped fuel her work. 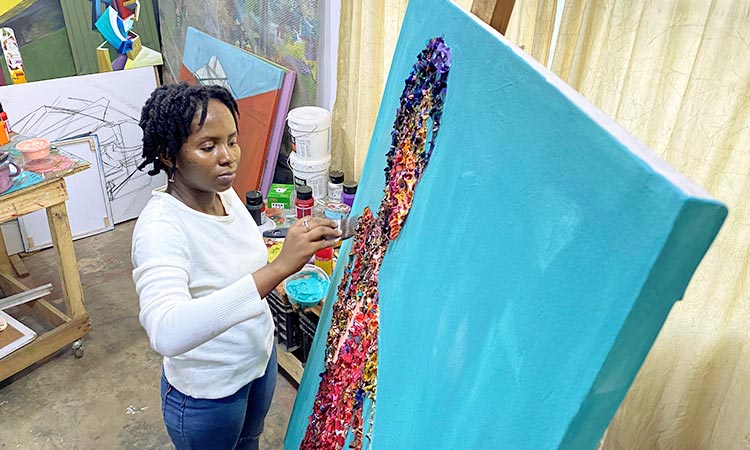 "I was so inspired by those materials," she said. "In this part of the world we use them to celebrate all kinds of festivity: burial, naming ceremony, and wedding."

Nigeria's economy runs on oil, which pumps in billions of dollars, but its fashion, art and film are ascending, feeding national pride.

Ankara, inspired by Indonesian batik, was originally manufactured in the Netherlands, but became wildly popular in West Africa in the 1800s. Global fashion houses have used it for nearly a decade, and prices for African artwork have risen by 70% to 100% over the past 10 years, according to London auction house Bonhams. 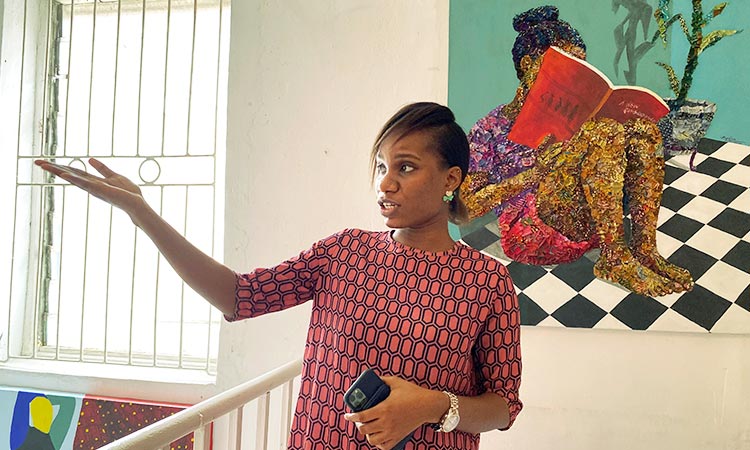 Kehinde Afolabi, Associate Director of Rele Gallery gestures at an Ankara portrait at the gallery. Reuters

Akpojotor's work combines art and fashion on canvas, complimented with acrylic paint. A sketch of a woman's profile comes to life as she carefully adds tiny slivers of fabric to colour her skin, lips and clothing. Another canvas features a child playing, her form in bright swatches, casting a shadow.

"There's a common ground between you and the work because it is fabric, it is something that you know," she said. 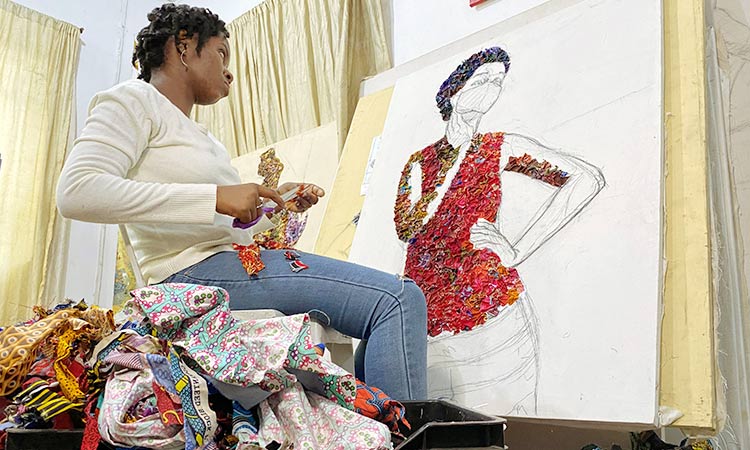 She has sold pieces for as much as $25,000. Kehinde Afolabi, associate director of Lagos's Rele Gallery, found Akpojotor on social media and first featured her pieces in 2017.

"You can't find anybody doing similar art," Afolbai said. "It is mind blowing, how somebody can take waste and create something out of it." 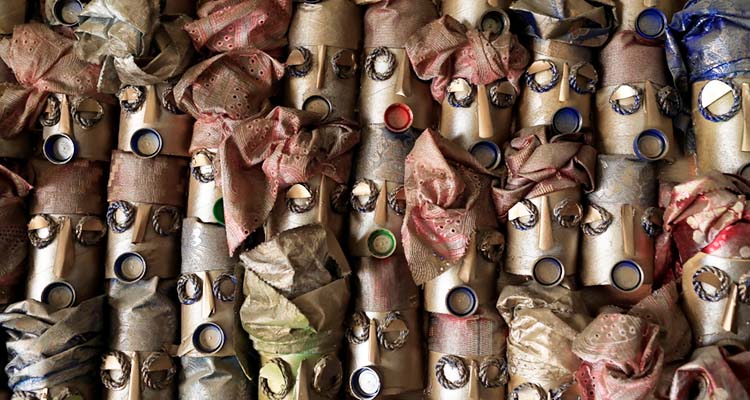