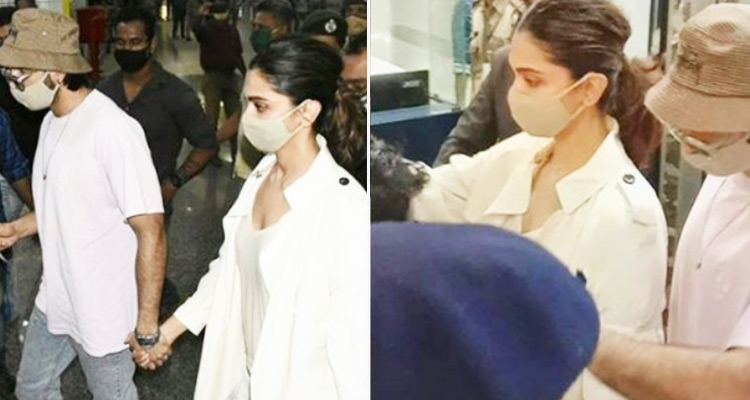 Picture shared by the media of Deepika and Ranveer at the NCB office. Photo: Twitter.

Deepika, was summoned for questioning by the drug law enforcement agency on Wednesday.

She arrived at the NCB office before 10 a.m.

An NCB official said that she will be questioned about the alleged drug chats with her former manager Karishma Prakash.

She will also be asked if she consumed drugs and from whom and where she procured them, and whether the drugs were procured for self use or for someone else.

She will also be questioned if she still consumes drugs, who all were there at the Koko club in 2017 when she asked Karishma to bring drugs.

Besides Deepika, the NCB has also summoned Shraddha Kapoor and Sara Ali Khan for questioning later in the day.

The NCB has also summoned Karishma for questioning on Saturday. She was questioned for several hours by the NCB on Friday.

The NCB has also recorded the statements of Kwan Talent Management Agency CEO Dhruv Chitgopekar and noted producer Madhu Mantena Varna, and others.

The NCB registered a drugs case under the NDPS Act after the Enforcement Directorate was probing the money laundering charges in actor Sushant Singh Rajput death case.

The NCB was shared the alleged chats of Sushant's girlfriend Rhea Chakraborty, her brother Showik and others.

Rhea, Showik, Samuel Miranda and several others have been arrested in the case so far.