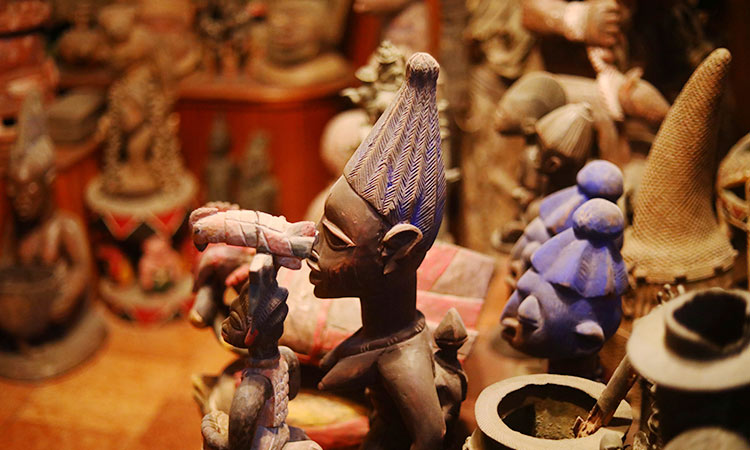 After amassing a personal collection of 7,000 artworks over the last 44 years, which includes a piece dating back to the 9th century, the 68-year-old lawyer last year donated 1,000 pieces to the museum of Lagos's Pan-Atlantic University. 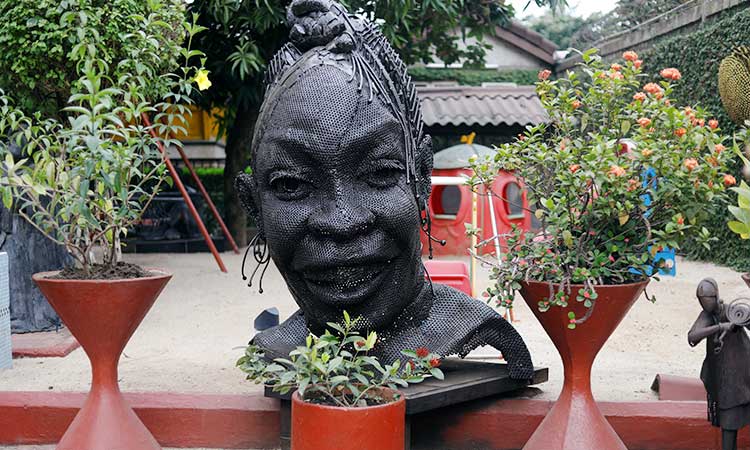 A view shows a sculpture in Yemisi Shyllon's home, in Lagos, Nigeria. Reuters

Delays due to the coronavirus pandemic mean the donated works finally reopened to the public in September, against the backdrop of the Black Lives Matter movement, which has sparked a global debate about the role of colonialism in ownership of African art.

"I use my art collection as a means of propagating our past, our present and... to help people understand the future," said Shyllon, gazing at grey figurines and busts from his collection.

It comprises sculptures, paintings and photographs. 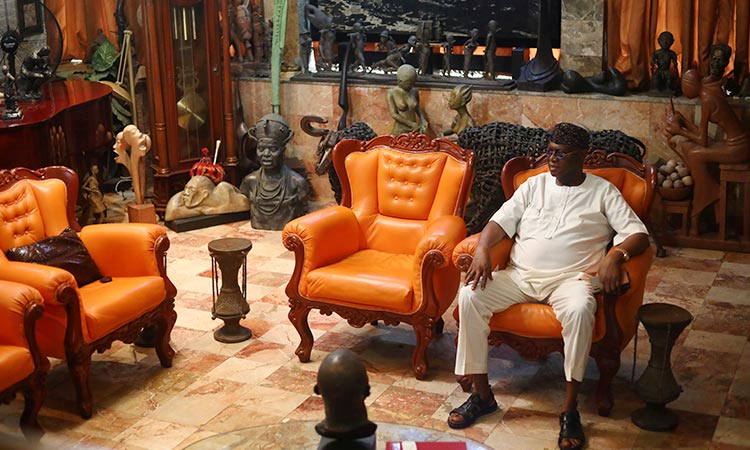 Yemisi Shyllon, a Nigerian art collector, sits on a chair in his living room. Reuters

Edith Ekunke - director of museums at the National Commission for Museums and Monuments (NCMM) - said Nigeria's artistic heritage is not a priority for many however, in a country where most people live under $2 a day. "People feel there are other issues they should concentrate on, such as healthcare and hunger," she said, adding that this made it hard to secure funding for the preservation of artefacts.

"It's important to show our ingenuity and history before we were interrupted by colonialism," she said.

In June, the sale of two Nigerian sculptures for $240,000 by Christie's prompted controversy after historians said the items were stolen in the 1960s. The auction house rejected the claims and said the sale was legal. 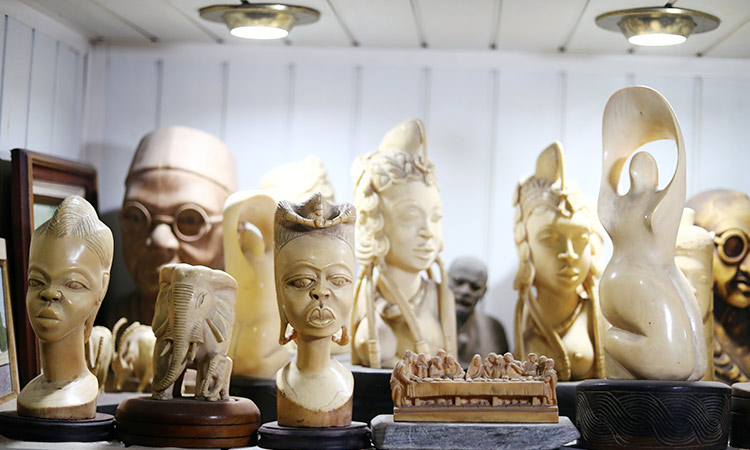 A view shows artworks on a shelf in Yemisi Shyllon's home, in Lagos, Nigeria. Reuters

Experts say there has been growing interest in African artworks among global collectors with prices at international auction houses rising by between 70 and 100% over the last decade.

Shyllon hopes his donation will promote a greater interest in local art history.

"Take care of your backyard first before you start showing the world your father's house," he said.